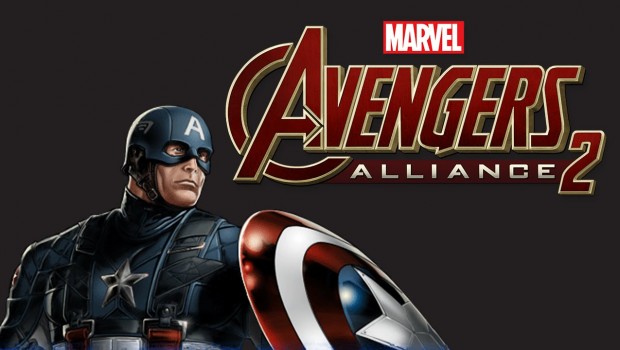 “Marvel: Avengers Alliance is Marvel’s most successful social game ever, captivating an audience of millions of passionate fans over the past four years with the stories of Marvel’s Super Heroes and Super Villains,” said Chris Heatherly, SVP & GM, Disney Interactive Games. “Marvel: Avengers Alliance 2 stays true to the roots of this successful game but with all new visuals and gameplay built for mobile players.”

The Marvel : Avengers Alliance trailer is available to view at https://youtu.be/eQ1vVyQET3U

In Marvel: Avengers Alliance 2, players will assemble a team of Super Heroes featuring the Avengers, Daredevil, Guardians of the Galaxy, Spider-Man, Captain Marvel, Wasp, and others to battle Ultron, Baron Strucker, M.O.D.O.K., and additional epic Super Villains. Commanders will team up with friends and other players from around the globe to prevail against deadly foes in story-based missions, Spec Ops, and more.

In this original storyline for Marvel: Avengers Alliance 2, pieces of the planet are disappearing, with entire cities vanishing without a trace. It is a mystery with a single clue: all of the disappearances are at previous sites of Incursions. Villains are taking advantage of the chaos, as well as the massive deposits of Iso-8 left behind by each disappearance. Each player must level up heroes, customize each hero with special abilities, and assemble the ultimate team to take into battle.

Since its launch in 2012, the original Marvel: Avengers Alliance has become the most successful Disney Interactive-published social game with nearly 70 million players, and over 100 Super Heroes and Super Villains for players to collect and nearly 1600 different combat situations to battle through, including PVP Tournaments and Incursions.