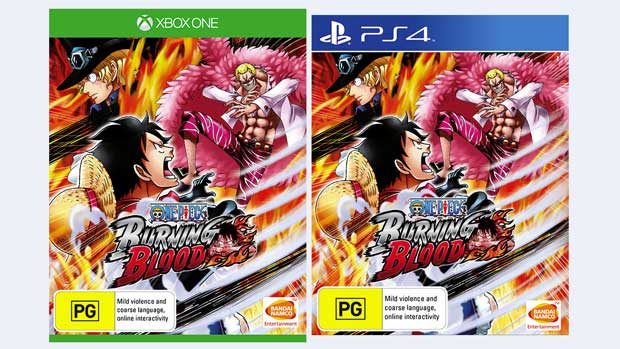 ASSEMBLE YOUR CREW AND GET READY FOR BATTLE AS BANDAI NAMCO ENTERTAINMENT EUROPE RELEASES ONE PIECE™: BURNING BLOOD!

ONE PIECE: BURNING BLOOD aims to capture the magic of One Piece by delivering an immersive fighting game experience for One Piece fans with a huge cast of more than 40 playable characters and 60 support characters. Multiple game modes allow players to experience exciting story sequences from One Piece told through multiple points-of-view in Paramount War Mode. Players can also rack up bounties in WANTED Versus Mode, battle friends on the couch in Free Mode or across the globe in Online Mode, or join a pirate crew and battle for territory against other online crews in Pirate Flag Battle Mode.

“Based on the incredibly successful manga and anime series: ONE PIECE, BANDAI NAMCO Entertainment Europe is very proud to offer the fans a brand-new One Piece game experience with ONE PIECE: BURNING BLOOD.” said Herve Hoerdt, Vice President of Marketing & Digital at BANDAI NAMCO Entertainment Europe. “This new brand will allow players to dive into the most emblematic battles of the original series and will, without doubt, please both One Piece and fighting game fans.”

ONE PIECE: BURNING BLOOD is now available on PlayStation®4, PlayStation®Vita and Xbox One in Europe, Middle-East, Africa, Australasia and Arabia.