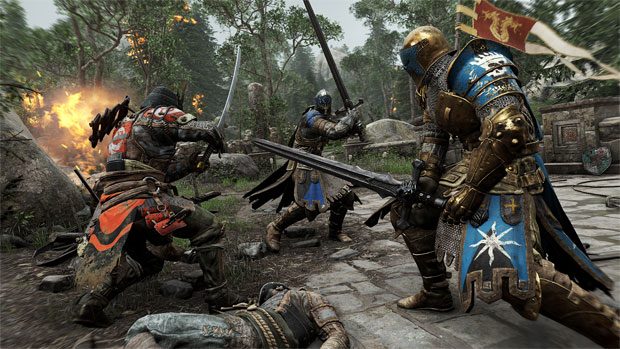 SYDNEY, Australia — November 14, 2017 — Ubisoft® has announced that For Honor® Season Four, Order & Havoc, will launch on all available platforms starting tomorrow. Order & Havoc will bring plenty of new content to For Honor including the brand-new 4v4 Tribute mode, two news heroes, two extra maps, new customization items for all heroes as well as ranked 4v4 Dominion play, which will come later in the season. Tribute mode and the new maps will be free for all players at the start of Season Four. The new heroes – the lethal Aramusha and the savage Shaman – will be immediately playable for season pass holders tomorrow, and for all players on November 21 for 15,000 Steel each.

With the launch of Season Four, there has never been a better time to jump onto the battlefield. Season Four’s offerings include:

For those who have yet to step onto the battlefield and pledge their sword to a particular faction, For Honor is currently on sale with discounts up to 60% digitally across all platforms through Monday, November 13.

In line with the development team’s commitment to continuously improve the game, For Honor will continue to grow through consistent updates, including the implementation of dedicated servers at a later date.

Developed by Ubisoft Montreal in collaboration with other Ubisoft studios,* For Honor offers an engaging campaign and thrilling multiplayer modes. Players embody warriors of the three Great Factions – the bold Knights, the brutal Vikings and the deadly Samurai – fighting to the death on intense and believable melee battlefields. The Art of Battle, the game’s innovative combat system that puts players in total control of their warriors, allows them to utilize the unique skills and combat style of each hero to vanquish all enemies who stand in their way. For more information about For Honor, please visit forhonorgame.com and follow us on Facebook at facebook.com/ForHonorGame and on Twitter at twitter.com/ForHonorGame.