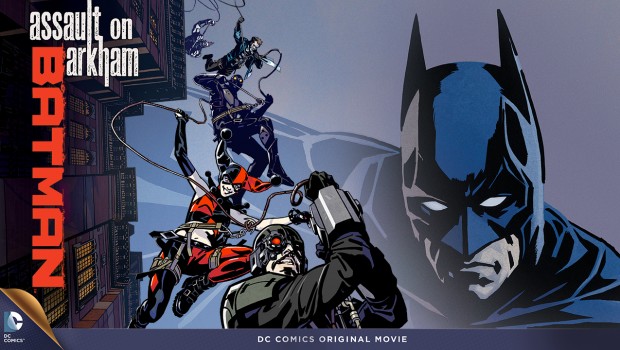 Summary: Given the richness of the DC universe on offer, Assault on Arkham is very much a missed opportunity.

For those of us raised on the kid friendly Super Friends cartoon series from the late 1970s, with its slow pace but entertaining stories, the glut of animated features today is amazing. And when you compare those more innocent days to a story like Assault on Arkham, the amazement turns to complete shock. 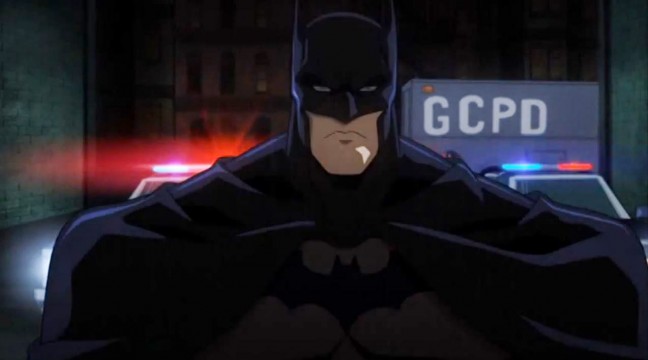 Comics used to be aimed at children. Simple stories about absurd villains defeated by square-jawed heroes with an uncomplicated moral outlook on the world offered three coloured wonders and entertainment to millions of enraptured children.

Then Frank Miller’s The Dark Knight Returns arrived with a bang. Inspired by Cold War dread and 70s urban decay, the mini-series turned the comic book industry upside down.  Dark, gritty, violent and amoral, the mini-series pulled no punches in depicting the dark glamour of Batman, Two-Face and the Joker.  In many ways, it took the Batman mythos back to its roots to post-Depression America, where the strong survived, and everyone else was trampled underfoot.  Its lasting legacy inspired a generation of comic book writers who examined the darker underbelly of the idea of the ‘hero’.  In many ways, The Dark Knight Returns informs Assault on Arkham.

With Marvel Studios (owned by Disney) dominating at the box-office, DC (owned by Warner Bros.) has had to scramble to catch up.  While it has been trying to kick start movie franchises based on its stable of well-known characters, DC has moved into television (Arrow, Constantine and Gotham) and of course, animated features. 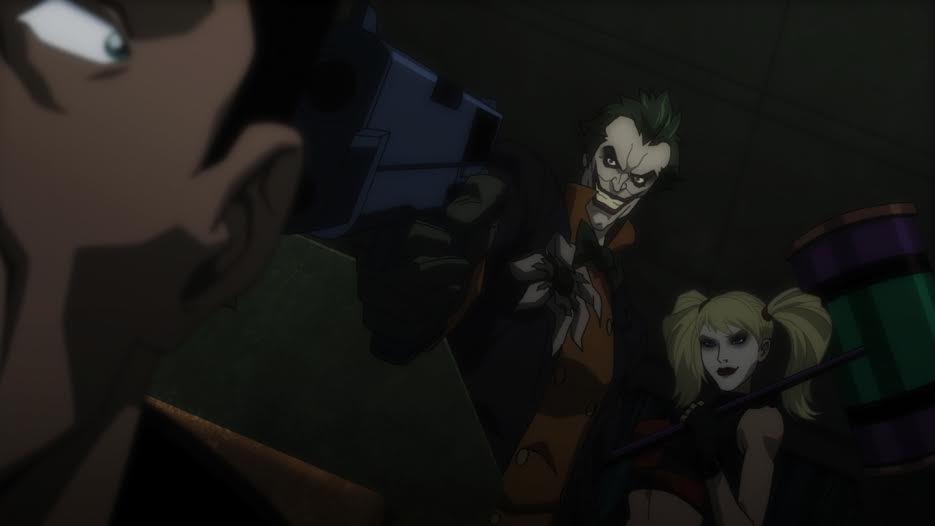 The Dark Knight Returns showed that in the hands of a skilful writer, a dark, gritty world can be created in an exciting and thought provoking way. Unfortunately, Assault on Arkham is neither exciting or thought provoking.  The best word to describe it is sordid.

Now, your reviewer isn’t a shy, retiring flower, who turns pale and runs shrieking into the night at the sight of a little blood and sex. But watching Assault on Arkham isn’t a particularly pleasant experience.  For all that Batman in The Dark Knight Returns is motivated by vengeance over the deaths of his parents, there’s a particular nobility to his futile quest for justice.  There’s nothing of the sort in Assault on Arkham.

Apparently the creators of the story thought that sex and violence and swearing would make the story more adult. Instead, it cheapens the viewing experience and makes you wonder who they think their audience is.  On the evidence, it seems their viewers are awe struck fourteen year olds gagging to see an actual sex scene in an animated feature. Bizarre.

The ‘heroes; of the story are a mismatched bunch of two-bit villains from the margins of the DC universe. Blackmailed by a government agency to break in to Arkham Asylum to steal a piece of evidence, this ‘suicide squad’ is led by a quasi-goodguy assassin, Deadshot.  We know he’s a sort of nice guy because he carries a photo of his daughter around with him while he’s shooting policemen in the head.  Classy stuff.

Running parallel with this plot strand we have Batman frantically searching for a dirty bomb the Joker has hiding in the asylum, and the clock is rapidly running down to detonation. The two story threads converge near the end, thankfully enlivening proceedings.  There are some excellently realised action sequences, with skilful editing bringing the animation to pulse-pounding life.  The story takes on a certain panache when the Joker assumes a larger role in the plot, with his anarchic villainy highlighting the banality of the other villains searching Arkham.

Assault on Arkham makes for uncomfortable viewing. It’s hard to wrap your head around watching an animated feature based on comic book characters this violent and disturbing.  There’s no doubting the skill and dedication of the voice actors and animators, but the sheer grimness of the overall tone detracts from making the viewing experience and pleasure.  Admittedly, there’s a certain addictive quality to it.  But that’s not enough.  Given the richness of the DC universe on offer, Assault on Arkham is very much a missed opportunity.

Visual: The drabness of the colour palette is understandable given the story setting, but it does make the visuals a bit same same.  The design work is fairly basic, but the character design is spot on.  3/5

Audio: the crispness of the sound is a delight to hear.  Gunfire and explosions make it seem you’re in the middle of a warzone and your reviewer thought there was actually a helicopter hovering overhead.  Helped lift the story’s overall rating.  4.5/5

Audio Commentary: The standard commentary is available here featuring the creative director of DC Comics Animation, Mike Carlin, Assault on Arkham writer Heath Corson and executive producer James Tucker. Essential listening for an in depth examination of the feature, as it plays out for the viewer.

The Joker’s Queen: The Joker’s squeeze, Harley Quinn, is one of the few characters to make the jump from an animated feature to comics, instead of vice versa. This extra looks at her character across comics and animation, with input from Mike Carlin and her co-creator Paul Dini, among others.

Arkham Analyzed: The Secrets Behind the Asylum: Arkham Asylum is a repository of all that is mad and bad in the criminal underworld of Gotham.  This featurette examines its place within the Batman mythos and how it has crossed from comics into books, games and television

From the DC Comics Vault: We go way, way back to the early days, with the following stories: Task Force X from Justice League Unlimited, Infiltrator from Young Justice, Emperor Joker from The Brave and the Bold and Two of a Kind from The Batman. It’s remarkable to see how far the animated DCU has come. 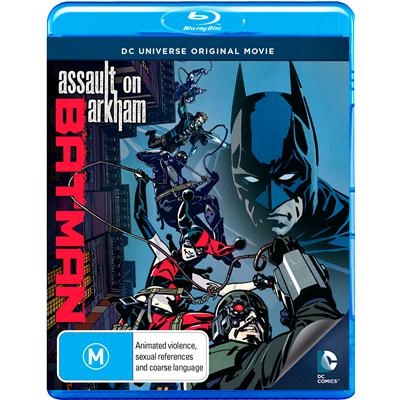