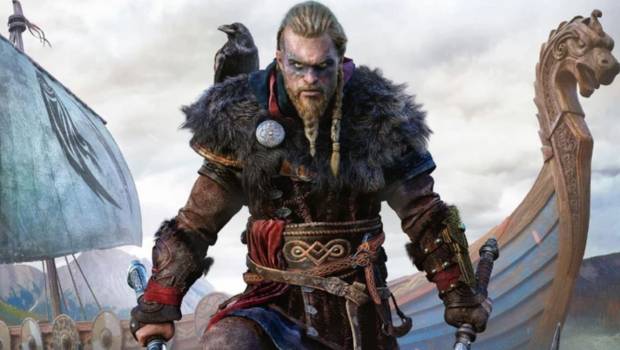 Summary: A intriguing change of pace that gives the Assassin's Creed series the breathing room it has so desperately needed for eons, without making any compromises on content. Well worth you time to enter the gates of Valhalla.

Ninth century AD. Driven from Norway by endless wars and dwindling resources, a Viking raider, Eivor, leads a clan of Norsemen across the icy North Sea to the rich lands of England’s broken kingdoms. Their mission: establish a new permanent home, no matter the cost.

Editor: Assassin’s Creed Valhalla is the 12th installment of the series and on the Xbox Series X supports 4K with 60 frames per second of around 15 hours of next-gen gaming goodness

For a time there, Viking games were all the rage. There was The Banner Saga which showed that these ferocious warriors had a deep political system,  Jotun which explored the idea of a Viking warrior dying an inglorious death, War of the Vikings and For Honor which showed the brutality of Viking warfare. Assassin’s Creed Valhalla has arrived, and it delivers exactly what you think a series of its stature would, for better or worse. I’ll get this out of the way right now; if you are not a fan of the Assassin’s Creed series, Assassin’s Creed Valhalla is not going to change your mind, unless you are jonesing to play a new Viking adventure. What I will say to its credit, is that Valhalla manages to mostly distill what has made the most recent Assassin’s Creed games great down to a near perfect science. 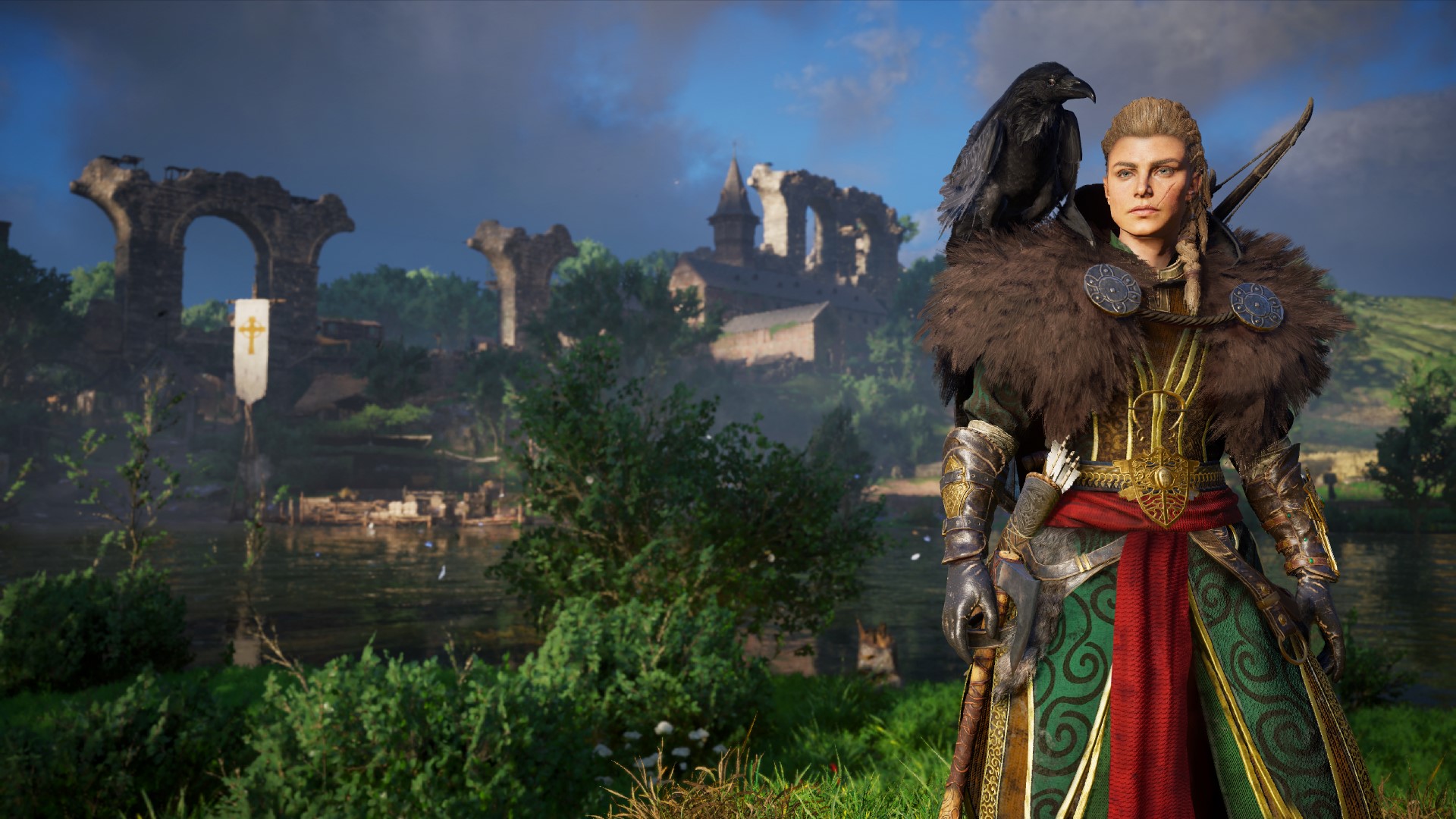 Assassin’s Creed Valhalla tells the tale of Eivor, a fierce viking warrior who has sworn revenge on Kjotve, a big baddy who double crossed their clan and murdered their parents. Can I just jump in here and say PLEASE, can we stop with these “you play as the protagonist as a kid to create a deep emotional bond with the player segments”? I’m a casual Assassin’s Creed fan and I feel like they always come back to the well on this. It’s not fun. It’s not emotional. It’s just down right annoying.

Anyway, the opening hours have you trekking across the absolutely GORGEOUS snow fields of Norway as you track down the big baddie, and surprisingly that storyline is tied up very quickly to catapult you into the political disagreements that end with Eivor and their brother taking off for England to start a new as they pillage and force their way to power.

The game gives you the choice to choose between the male or female Eivor, or a third option that will switch the character at moments it seems fit. I wanted some cohesion for my playthrough for this review, so I went with the female Eivor, and I must say that they managed to deliver a strong, but likeable character. I often have found the protagonists in Assassin’s Creed games to be very hit and miss, but that is not the case with Valhalla, I really enjoyed my time with the character.

I’m not going to deep on the story here, I rarely do in my reviews unless the game is a narrative specific title. What I will say is that Valhalla has memorable moments, and strong twists of political unrest, and lightly examines how the oncoming Norse movement across England found their Catholicism traditions downright weird. Like most of its predecessors, it rarely pushes these thoughts past the point of light intrigue, but it is an enjoyable exercise in imagining how these two very different cultures and belief structures clashed when the Danes took a swipe at the Saxons. 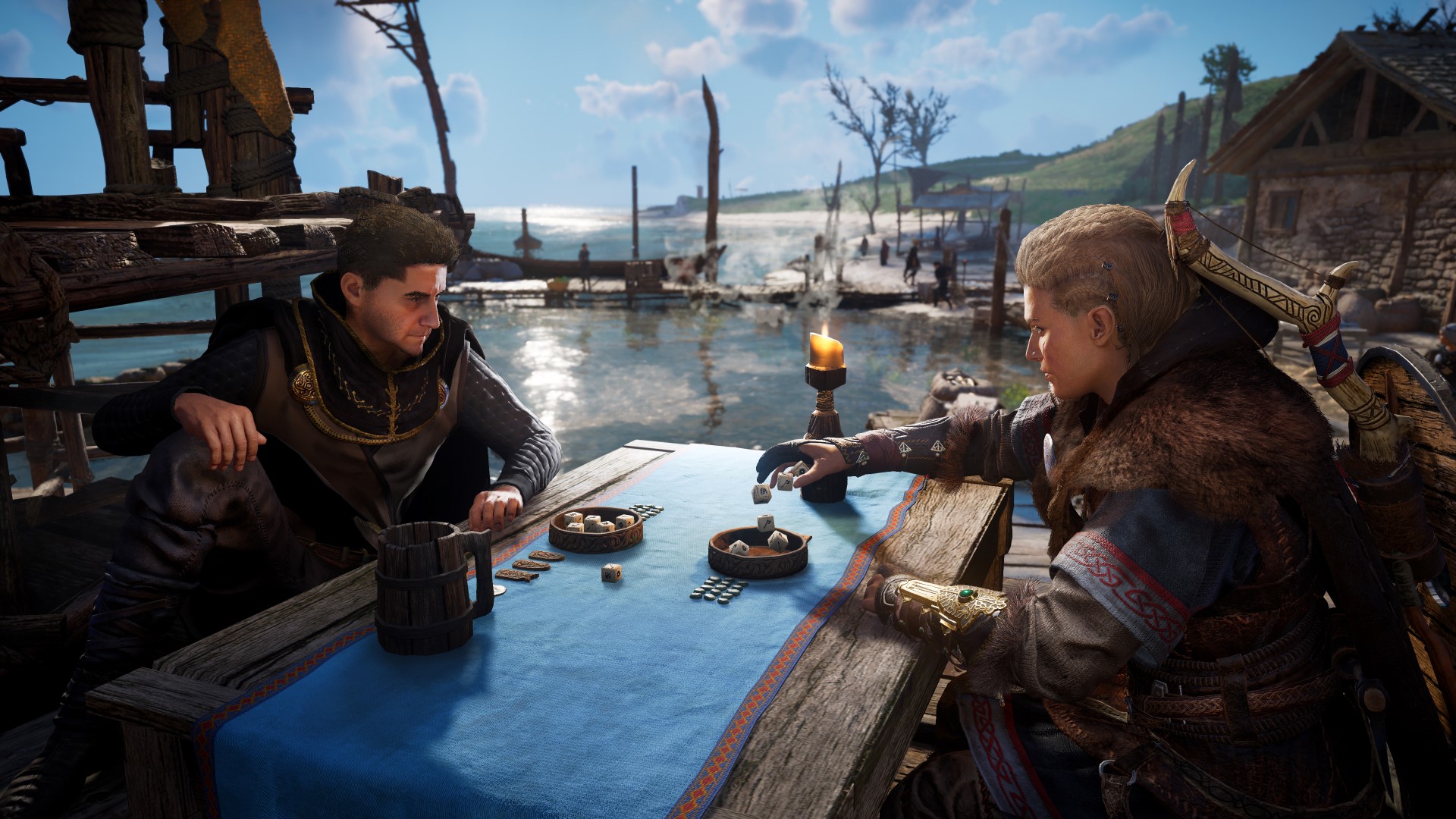 Assassin’s Creed Valhalla keeps the sweeping changes that came to the Assassin’s Creed series, first starting with 2017’s Origins, and continuing on with 2018’s Odyssey. There’s still loot, there’s still gear sets, there’s still a raven circling around as you brutally decapitate your foes. However, Valhalla distills the formula down to its purest form, which allows for a far more organic experience rather than a overwhelming series of icons and checklists that has plagued the series for eons now. I’m not going to say that Breath of the Wild perhaps tinged the development team’s view of how open worlds should be made, but it’s clear that a big goal for Valhalla was to allow the player some breathing room. There’s just less distractions filling every inch of the screen, which gives the player a chance to really just drink in the countryside, and to have a sense of exploration rather than walking from Icon A to Icon Z.

For example, side quests are gone. Instead they are included as part of three main categories of activities. Wealth activities are based around finding special loot chests, or perhaps raiding a village to get supplies for your home base. Artefacts are special collectables that can be sold on to merchants for great rewards, or sometimes books of knowledge that will grant you devastating new abilities. Then there’s the mysteries…

I. LOVE. THE. MYSTERIES!

Maybe my memory is failing me, but I always associated the Assassin’s Creed side quests with the same dark, dour, seriousness that the mainline story usually provides. I remember one or two of the quests bringing some levity, usually based around some sort of romantic gesture or reuniting a family with loved ones.  But Assassin’s Creed Valhalla’s mysteries are batshit insane. It’s almost like the developers fell in love with the Yakuza series and took up some heavy inspiration. I’m talking things like helping a couple with some sexy pillaging roleplay Or delivering an apple box to some monks who are bobbing for apples. Or a guy who is on shrooms and wants to fight the entirety of England . Or the family who are tired of vomiting everytime they walk into their house because their father refuses to bathe, and you have to forcefully dunk him in the river. And so many more that will delight, surprise, and shock you. Not all of them are insane, but enough are so I was always drawn to seek them out. Do the mysteries. Do all the mysteries. This is the main reason you should play Assassin’s Creed Valhalla.

Going back to what I said at the beginning of this review – if you aren’t a fan of the recent Assassin’s Creed games, Assassin’s Creed Valhalla will surely not change that opinion unless you are heavy on the setting and are willing to forgive its shortcomings. The controls are still unreliable. I found myself jumping on things that I didn’t want to jump on, the block and parry system to be clunky, the glitchy AI is still there, and oftentimes things feel dangerously close to broken. The combat still feels just a little meh. After playing through the brutal Ghost of Tsushima earlier this year, I was hoping that Valhalla would bring some weight and heft that I thought Tsushima was lacking. While there are certainly brutal moments, the combat feels pretty stock standard. Smash the light, charge your adrenaline, pull off an ability attack and claim victory. Maybe this is just a me thing, but I want something that is a little more free form like Spider-man, with options and constant movement, or I want hard locked strategic combat.  Assassin’s Creed Valhalla feels more like random flailing. 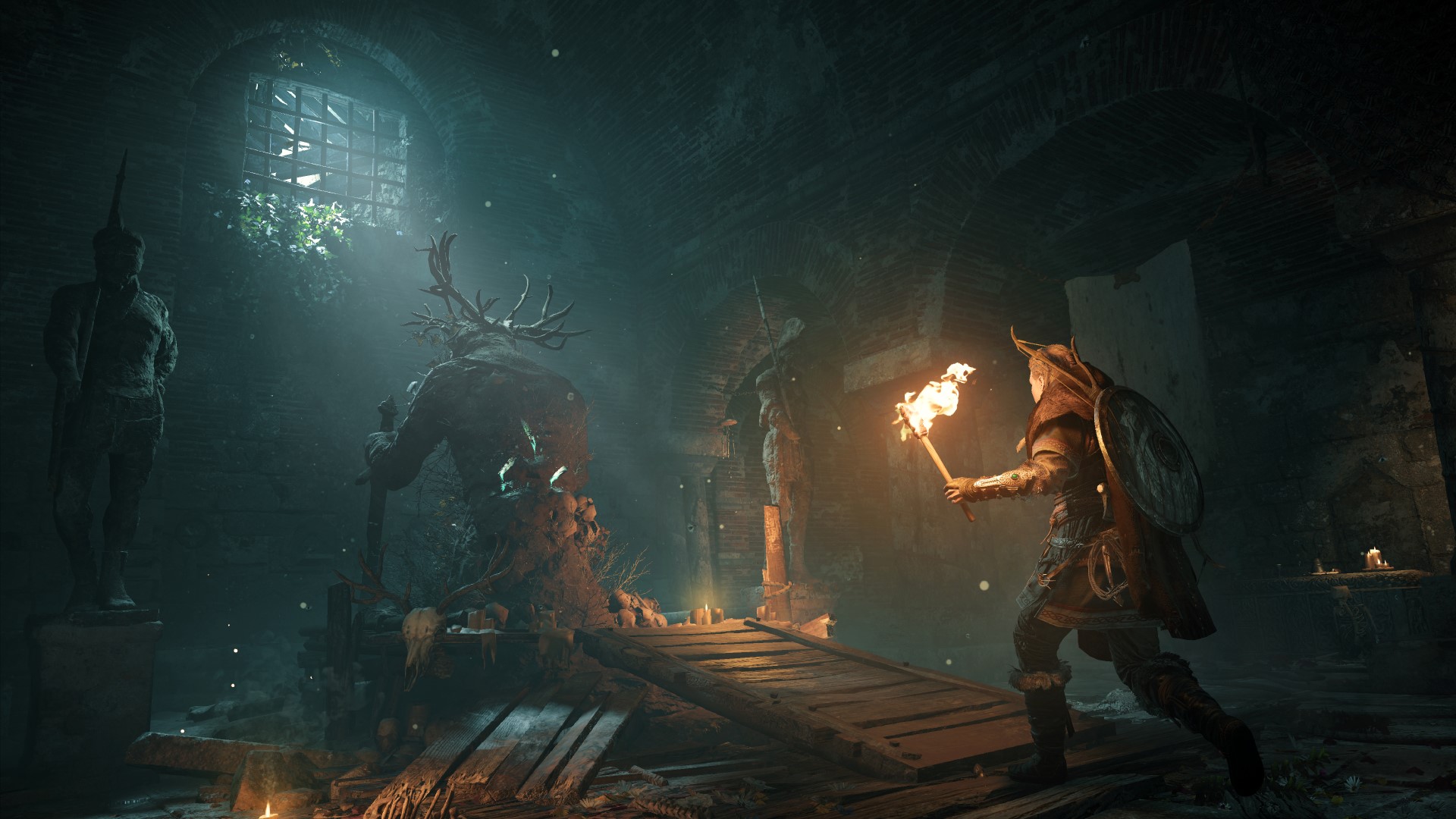 Assassin’s Creed Valhalla introduces the Settlement mechanic, which at first I thought I was going to hate, but turns out that I really loved it. When you land on the shores of England you set up shop with nothing but your home base. So you are sent out to pillage your neighboring monasteries for their raw materials and riches, which fits into the grand expectation of what Vikings are all about. You then spend these materials to build structures in your settlement such as a barracks, or a black smith, or the assassin’s bureau. Seeing my efforts in the battlefield pay off to benefit me at home was really satisfying, and opening up entirely new quest lines and activities as a result was a huge motivator.

For example, building the Assassin’s Bureau opens up the Order of Ancient menu, which is a list of  assassination targets that need to be discovered and taken out during your journey. It ties back to the ongoing war between the Templars and the Assassin’s , and creates a real detective feel as you slowly pick up clues and mark the targets off one by one. Some of them are tied to the main questline, others are not. Tracking these targets down was a lot of fun, and yet another motivator to explore the boroughs of England even more. 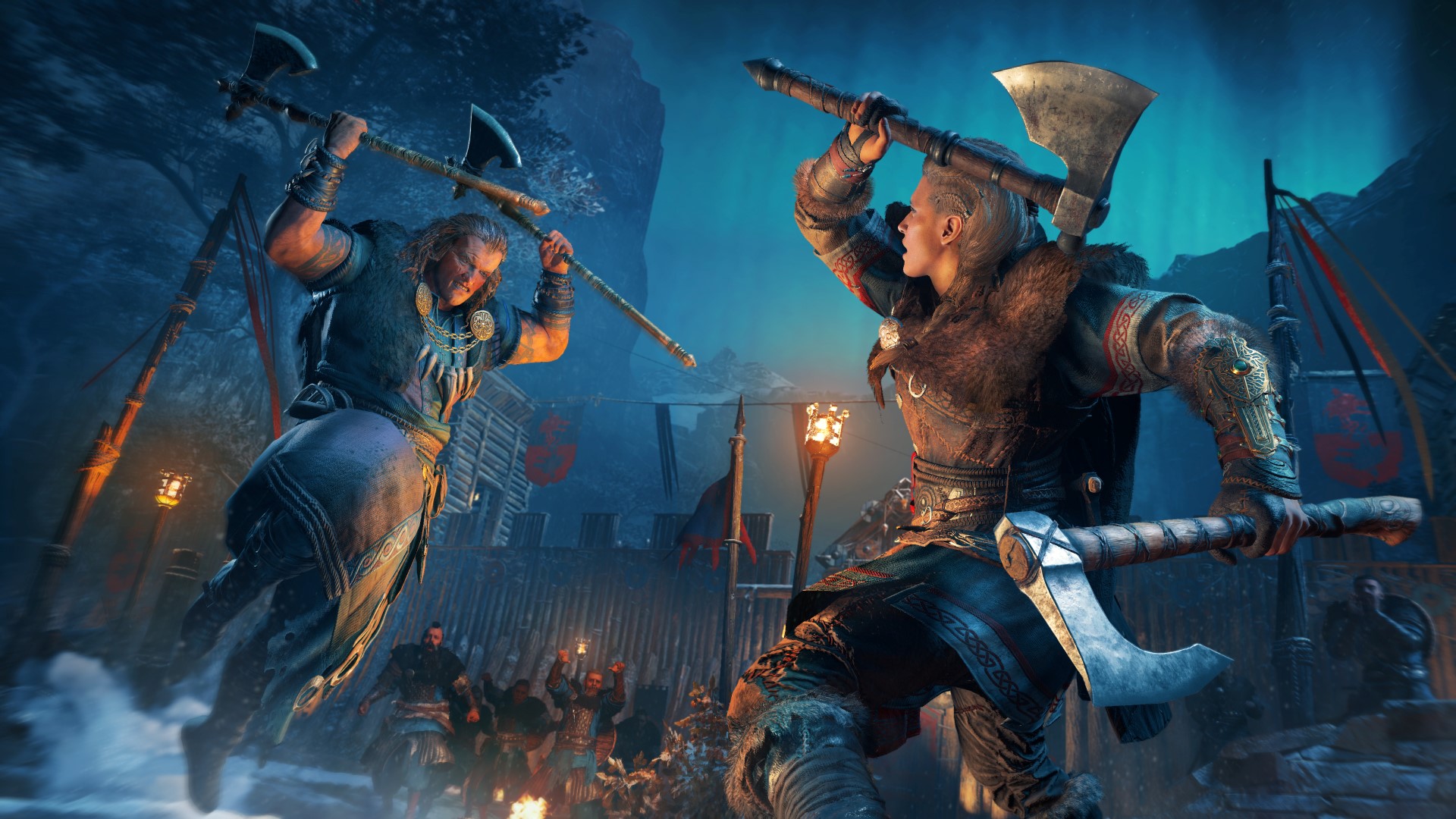 Assassin’s Creed Valhalla is the pinnacle of the new line Assassin’s Creed outings. Taking what started in Origins, and was expanded upon in Odyssey, the developers have distilled those mechanics down into the essentials, peppered in a lot more character and intrigue, and placed it all around a mythology that has been explored often but never in this context. Despite my issues with the controls, I can wholeheartedly say that Assassin’s Creed Valhalla is a fantastic adventure with tonnes to do and a story that mostly lands, and showcases the clashing of cultures and political ideals in interesting ways.

If you’re not into the games that came before it, there’s very little here that will change your mind. I’m only a casual fan of the series, and in my eyes Assassin’s Creed Valhalla is so close to perfection, the kind of perfection that landmark games like Red Dead Redemption and The Legend of Zelda: Breath of the Wild possess, they just need to improve the combat and movement. If you are looking for a thrilling Nordic invasion, then you surely will not be disappointed by what Assassin’s Creed Valhalla delivers. 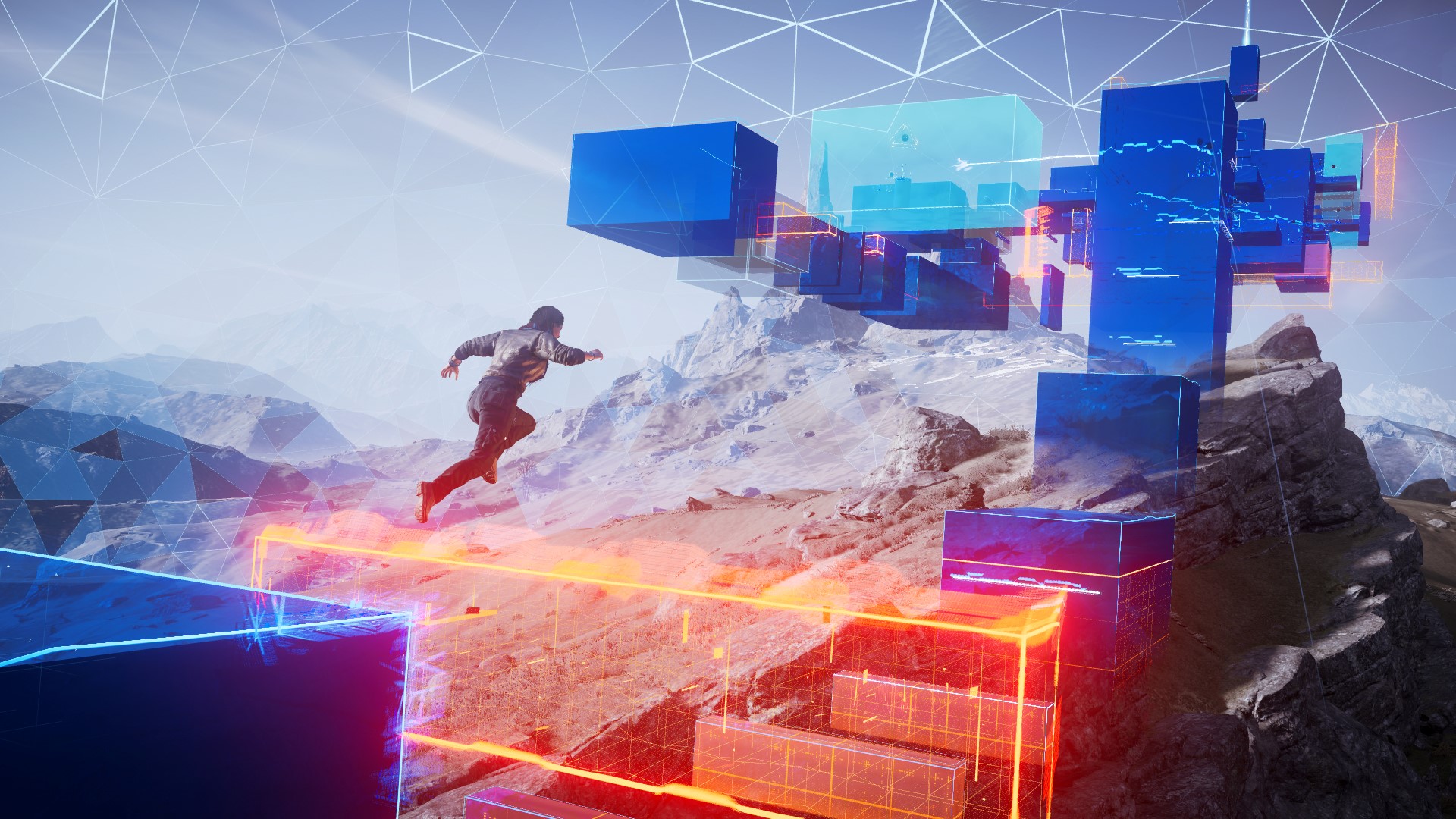 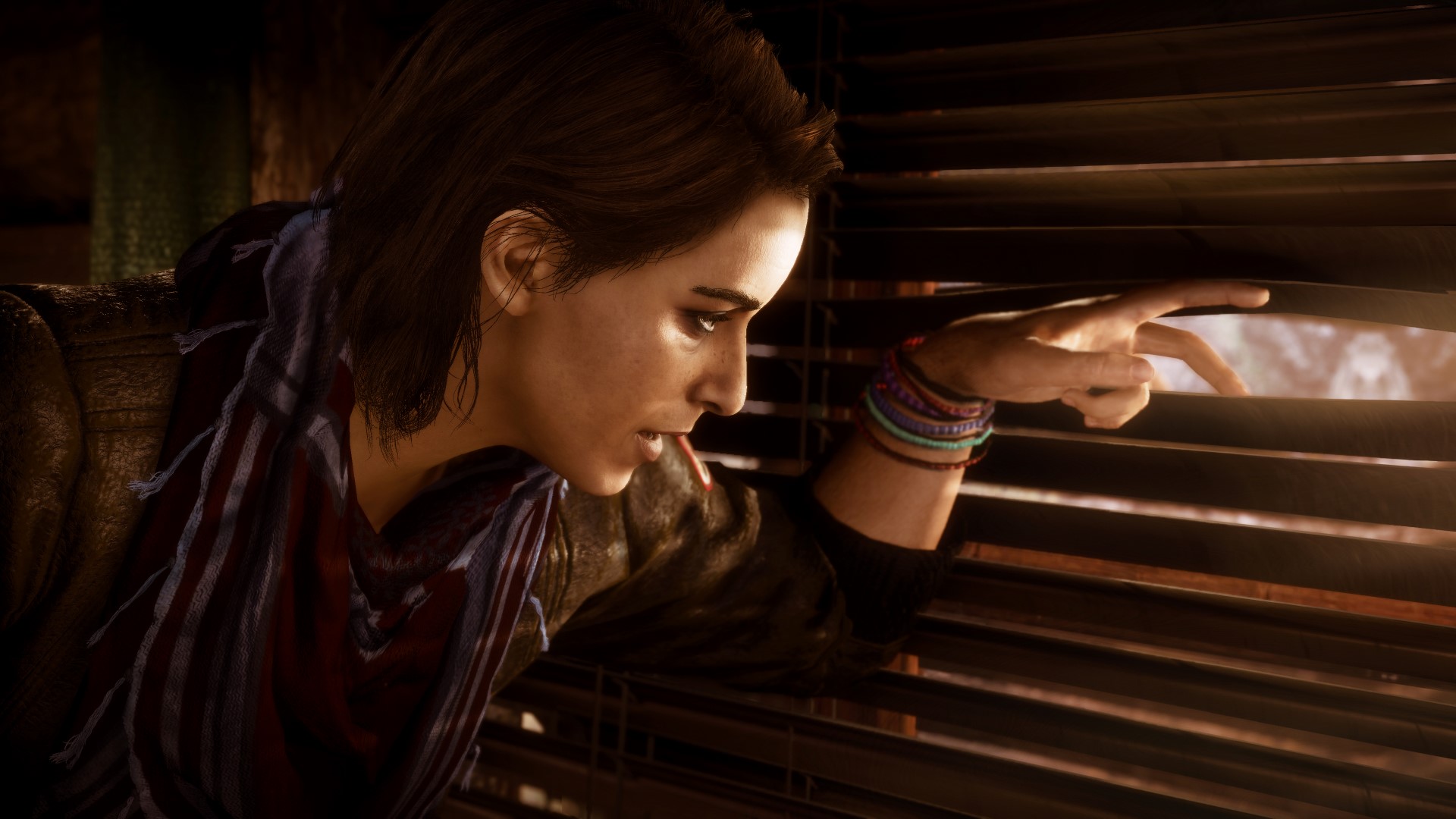 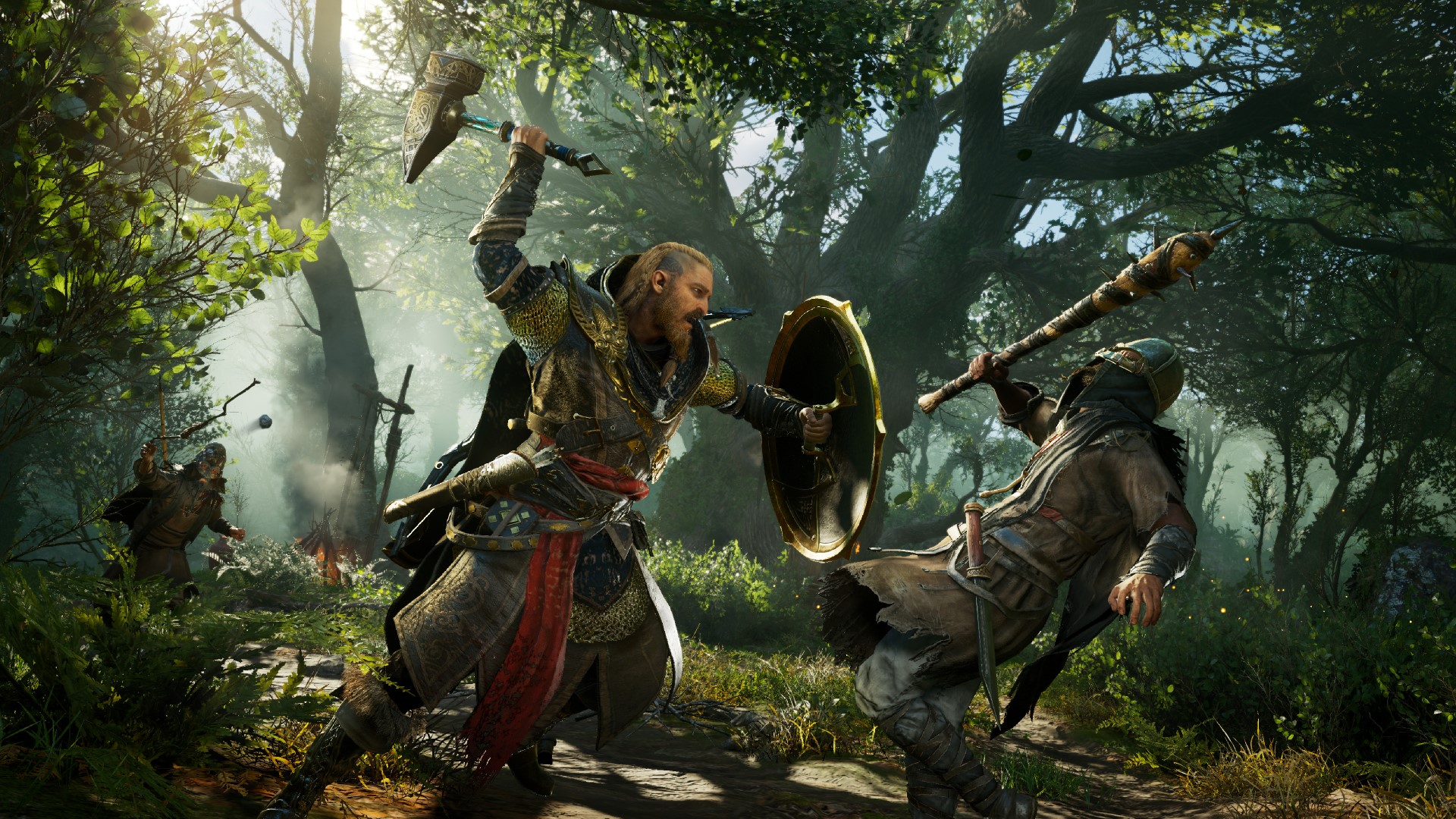 In Assassin’s Creed® Valhalla, you are Eivor, a fierce Viking warrior raised on tales of battle and glory. Explore a mysterious and beautiful open world set against the brutal backdrop of England’s Dark Ages. Raid your enemies, grow your settlement, and build your political power in the quest to earn a place among the gods in Valhalla.

Wars will rage. Kingdoms will fall. This is the age of the Vikings.

WRITE YOUR VIKING SAGA – Advanced RPG mechanics allow you to shape the growth of your character and influence the world around you. With every choice you make, from political alliances and combat strategy to dialogue and gear progression, you will carve your own path to glory.

VISCERAL COMBAT SYSTEM – Dual-wield powerful weapons such as axes, swords, and even shields to relive the ruthless fighting style of the Viking warriors. Brutally decapitate your foes, vanquish them from afar, or stealthily assassinate targets with your hidden blade. Challenge yourself with the most varied collection of deadly enemies ever found in an Assassin’s Creed game.

A DARK AGE OPEN WORLD – Sail from the harsh and mysterious shores of Norway to the beautiful but forbidding kingdoms of England and beyond. Immerse yourself in the Viking way of life through fishing, hunting, drinking games, and more.

LEAD EPIC RAIDS – Launch massive assaults against Saxon troops and fortresses throughout England. Lead your clan in surprise attacks from your longship and pillage enemy territories to bring riches and resources back to your people.

GROW YOUR SETTLEMENT – Construct and upgrade buildings that allow for deep customisation, including a barracks, blacksmith, tattoo parlor, and more. Recruit new members to your clan and personalise your Viking experience.

MERCENARY VIKINGS – Create and customise a unique Viking raider within your clan and share it online with friends to use during their own raids. 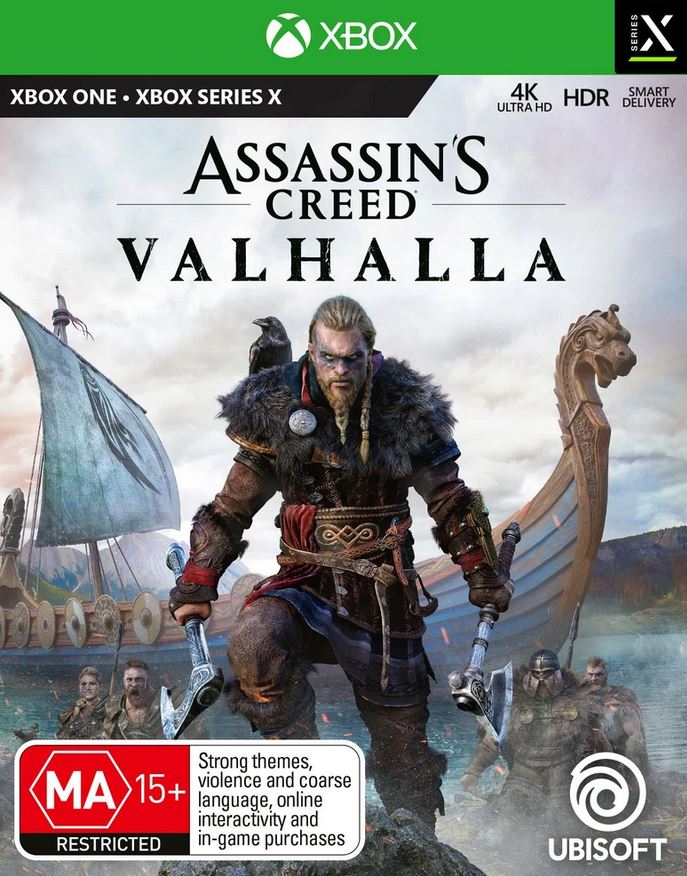