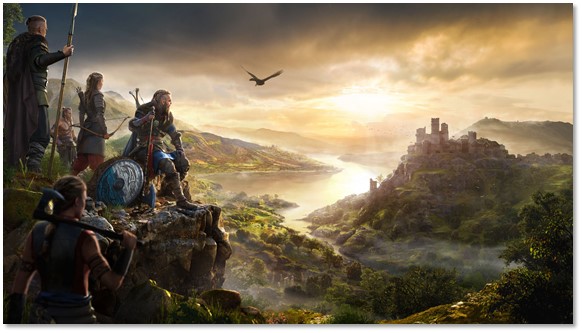 Today, Ubisoft announced during the Inside Xbox May Episode that Assassin’s Creed® Valhalla, the next installment in the Assassin’s Creed franchise, will take full advantage of the enhancements offered by the next generation of consoles, including Microsoft’s Xbox Series X. Players can also take a first look at Assassin’s Creed Valhalla gameplay in a trailer that released today.

Finally, Assassin’s Creed Valhalla will leverage Smart Delivery technology, allowing players to buy the game once and play it on either Xbox One or Xbox Series X when both the consoles and the game are available.

Assassin’s Creed Valhalla will release worldwide Holiday 2020 on Xbox Series X, Xbox One, PlayStation®5, PlayStation®4, Stadia, and for Windows PC exclusively on both the Epic Games Store and the Ubisoft Store. The game will also be available on UPLAY+**, Ubisoft’s subscription service.

Fans who pre-order*** Assassin’s Creed Valhalla will receive at launch an additional mission The Way of the Berserker, in which players will join a legendary Norse Berserker on his quest for revenge.