Sydney, Australia — September 23, 2014 — Today, Ubisoft® detailed the contents of the Season Pass for Assassin’s Creed® Unity, the highly-nticipated title for Xbox One, the all-in-one games video game and entertainment system from Microsoft, PlayStation® 4 computer entertainment system and Windows PC. From the busy streets of Paris to the dark and rural city of Saint Denis, the season pass allows players to further explore Arno’s story. Players will also be introduced to Assassin’s Creed Chronicles, a new Assassin’s Creed saga that takes players on adventures to lands and time periods previously unexplored by the franchise.

Assassin’s Creed Unity Season Pass grants access to all of the aforementioned content, which will all be released by early 2015.

CONSOLE YOURSELF: TROPICO 6 ‘LOBBYISTICO’ DLC AVAILABLE NOW FOR PLAYSTATION®4 AND XBOX ONE → 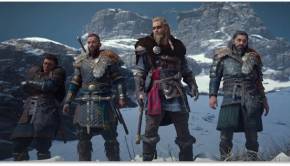