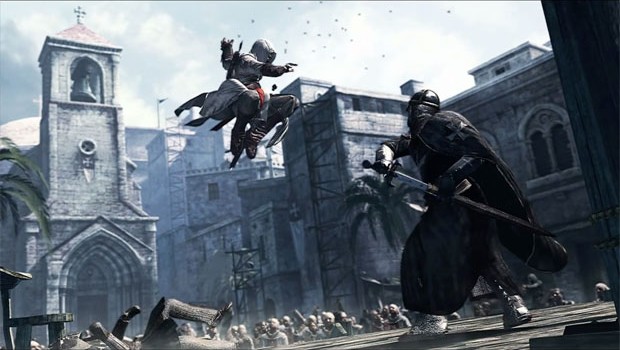 Summary: Assassin's Creed the Complete Visual History is a true tome of excellence

From Insight Editions comes another spectacular journey into the world (and art) of the Assassin’s Creed franchise with Assassin’s Creed the Complete Visual History that is written and compiled by Matthew Miller. This hardcover book that is just over 315 pages is a true celebration of this amazing gaming franchise and not only collects some spectacular artwork, designs and sketches from this series but also highlights the various locations, characters and stories behind a game that helped shape modern gaming. 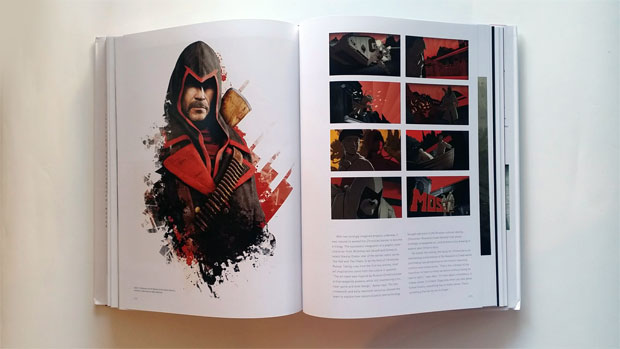 Best of all, it’s also a history lesson of the series and encompasses all the games and additional DLC’s which includes all the characters from Altair to Jacob. Furthermore and what I enjoyed about Assassin’s Creed the Complete Visual History was seeing some of the concept art behind this series that is also accompanied by interviews and other valuable information that helps piece together the knowledge contained in this book. 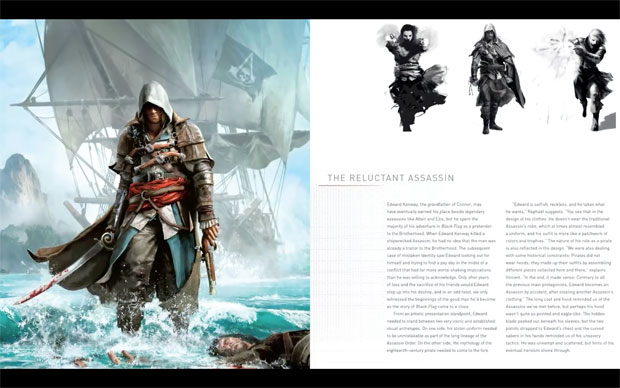 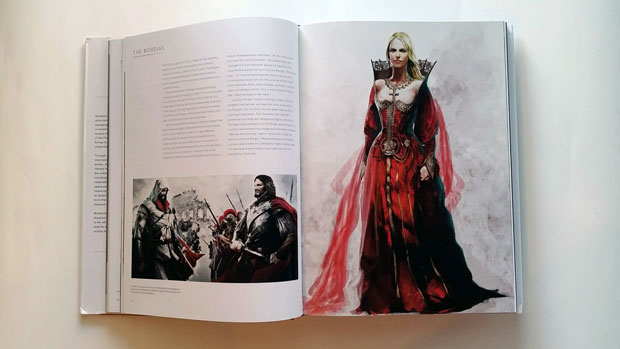 The introduction of Assassin’s Creed the Complete Visual History goes into some detail of the never ending war between the Assassin’s and The Templars and how mankind is caught between these two warring factions. It also explains how the game designers, Ubisoft have set the game in key time periods in order to create this gripping conspiracy that for man are blissfully unaware of what is happening in the shadows.

Given that, the interviews contained in this book really help put some perspective on the images, especially the motivations behind our heroes and how these characters “helped” shape society into what it has become today. Assassin’s Creed the Complete Visual History is also a narration on real world events and whether that’s the French Revolution or the Industrial Revolution, the information and interviews adds another layer to the complexities of this game. 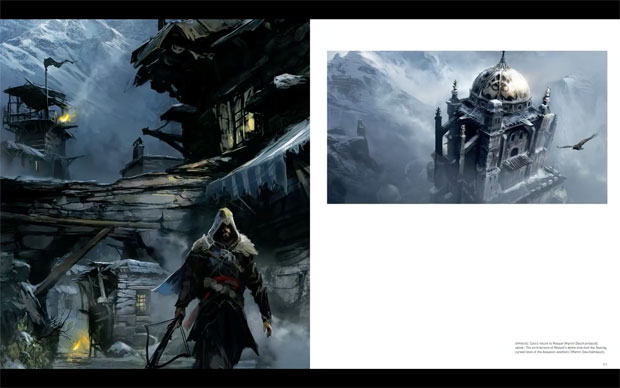 My favourite chapter from this book was easily chapter 5, The Golden Age of Piracy which was a new direction for this gaming franchise that created quite the contrast because Black Flag boasted a huge open-world that was set in the cutthroat world of pirates. With that said, Ubisoft really captured the “pirate” experience well, particularly with the background of the Caribbean plus the English and Spanish attempting to gain the upper hand. 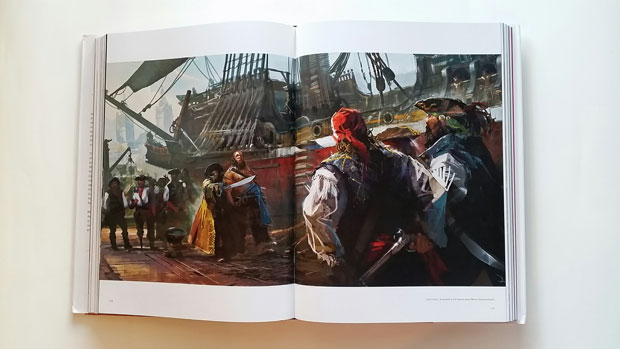 Add in a section on some of the equipment used in the game plus a snapshot into Abstergo Industries, the fictitious company who helped link this game to the present in this gaming world and there’s so much information contained in this book that you could easily revisit it on more than one occasion or just flip through it again to see the amazing imagery. Then you have the section of beyond the games which adds some other mediums into the mix that has helped cement this game into popular culture. 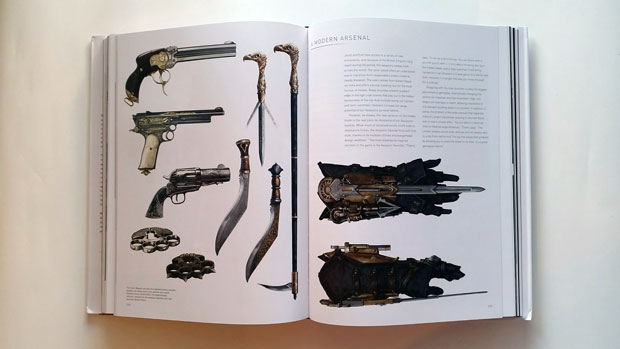 This includes books, statues, comics, action figures and other paraphanalia which showcases the popularity of the Assassin’s Creed franchise. Of course, this is not the last book in the series because like clockwork, another game is in development that makes me eager to see where this franchise will go. However for the shorterm and with Christmas just around the corner, Assassin’s Creed the Complete Visual History makes the perfect gift to those gamers who have enjoyed their time in this diverse and colourful universe. 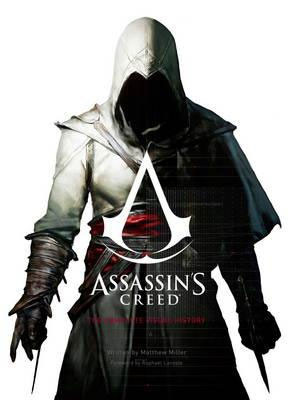