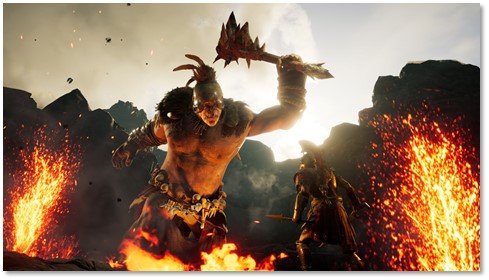 SHADOW HERITAGE, THE SECOND EPISODE OF THE DLC: LEGACY OF THE FIRST BLADE WILL BE RELEASED ON JANUARY 15

The second episode of the first DLC: Legacy of the First Blade will be released on January 15. Continuing the story arc from the first episode, in the second installment players get to investigate a blockade initiated by the Order of the Ancients around the port city in Achaia. To have access to the second episode, players must have finished the first episode, Hunted, of the DLC, completed the Naxos questline in Chapter 7 of the main story and reached character level 28 or above.

THE LOST TALES OF GREECE

The fourth and fifth episodes of the free content The Lost Tales of Greece, respectively named “The Daughters of Lalaia” and “A Poet’s Legacy”, will be available in January.

To start The Daughters of Lalaia, players need to make sure they ha

To start A Poet’s Legacy, players need to reach Chapter 5 of the main story and make their way to the Boetia region. The first quest is called “Praxilla’s Admirer”, and we recommend that your minimum Level is 34.

Face the legendary Cyclops Arges known as the Bright One, and get the chance to earn his legendary weapon; the Hammer of Hephaistos. He resides on a Volcanic island in the Angry Caldera of Arges. We recommend that your minimum Level is 50 when attempting to face Arges.