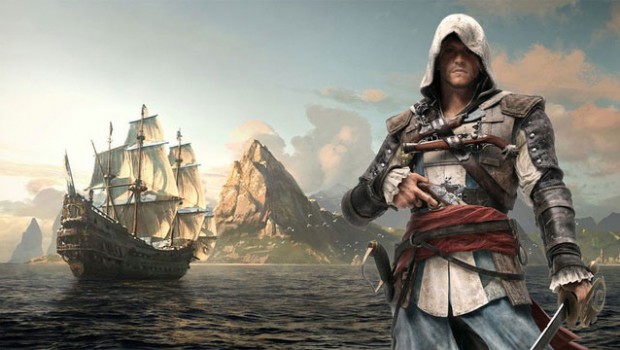 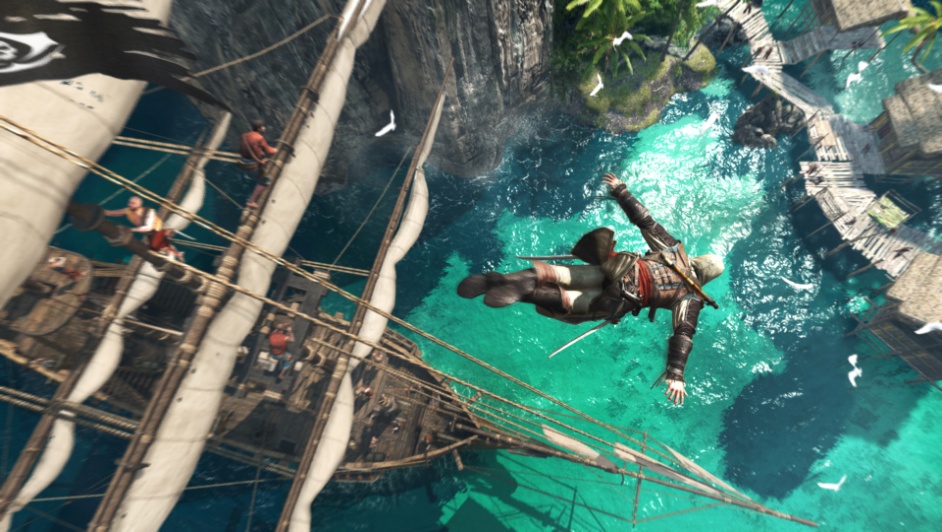 Featuring the incredibly vast and beautiful setting of the Caribbean Islands that is yours to explore, a light hearted narrative and a fresh take on the mysteries of the Animus, this is the biggest game changer in the series since Assassin’s Creed II. More importantly, if you have never played an Assassin’s Creed game before, you can jump straight into this title without being penalised.

The story of Desmond Miles is all but over, and now the primary use of Animus technology is to create entertainment products for mass audiences to enjoy. You take on the role of a no name employee of Abstergo Entertainment who is in charge of recording the memories of Edward Kenway, a pirating ancestor of Desmond living in the 18th century. 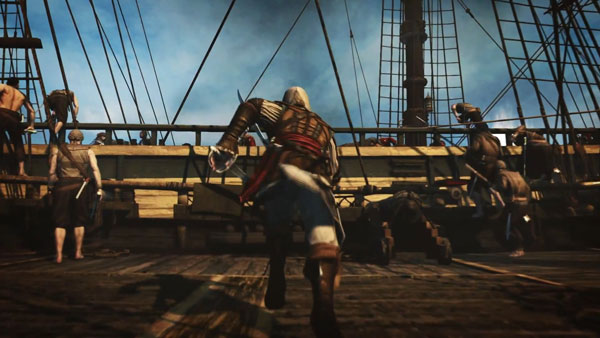 All seems peaceful on the surface, as you learn of Edward Kenway’s dreams of fame, wealth and the love and respect of his wife Caroline, but outside of the simulation internal corruption of Abstergo Entertainment is being planned, and those responsible need your help. It should be noted that Edward is also the grandfather of Connor from Assassin’s Creed 3 which is a nice link back to the previous game.

While the real world plot of the Assassin’s Creed series has always been intriguing it fails to create the same immersive feelings that the Animus provides, and the gorgeous setting of the West Indies is perhaps the most atmospheric location. Every island is brimming with colour and life, making the journey on your ship to each one worth every minute, showcasing some of the most impressive graphics of this generation of gaming. 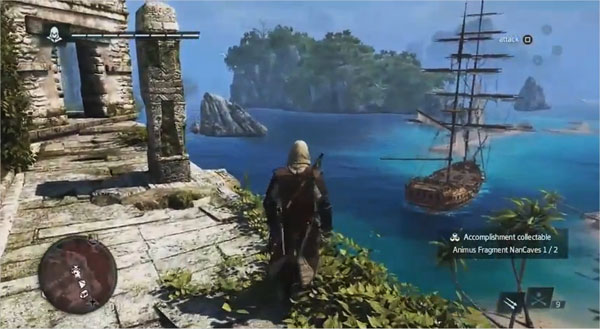 However Black Flag suffers from some repetitive missions; as with other games in the series, you will be following people around, listening to conversations and tailing enemies to various locations. While they are the key to getting the most out of the story, they do become tedious after a while and unfortunately interrupt the adventurous pacing of the game.

On the other hand, assassination missions are a blast as always and the improved parkour mechanics make running through the shanty island towns the best they’ve ever been. Controls are perfectly mapped on the new DualShock controller which really add to the navel battles. 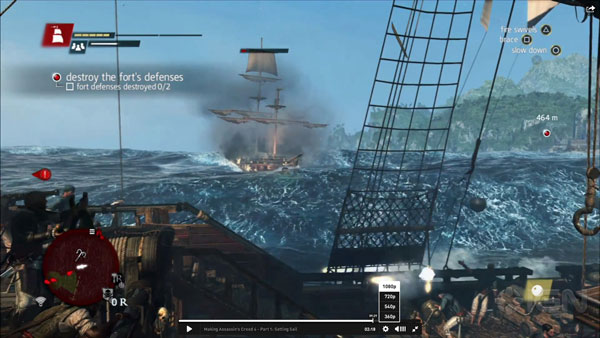 Graphically, this game is a different beast than the PlayStation 3. The attention to detail is amazing, especially the frame rate that looks quite lush at 1080p and is easily one of the best looking launch titles on this console.

The water effects are to die for and the environments that you explore are so life like from the themed buildings to the foliage, the beaches and the lighting, it’s just wow. Another highlight is the massive draw distance and the elements of the game such as the weather and wind effects which is really mind blowing at times. 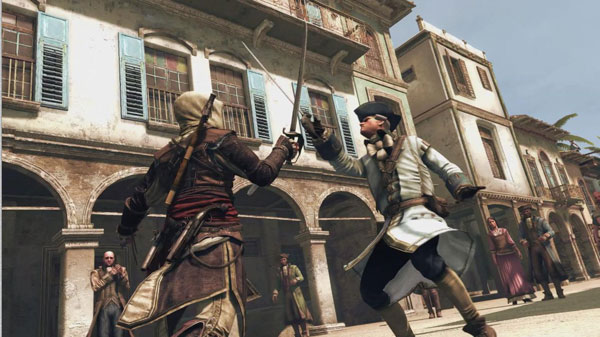 Although Assassin’s Creed III was entertaining, it never reached the same heights as the other games but thankfully Black Flag does and once again cements the franchise as a real contender for the future of next-gen gaming. On the PlayStation 4, the graphics go beyond anything that has come before in this franchise and is definitely a must have launch title for this next-gen console which will give you the best 18th century pirating experience you will ever find!

Lastly, I really hope that more games use iOS apps to progress the game along as the companion app is perfect for making money when you’re not playing the game! 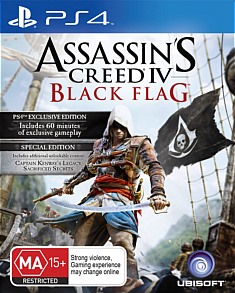