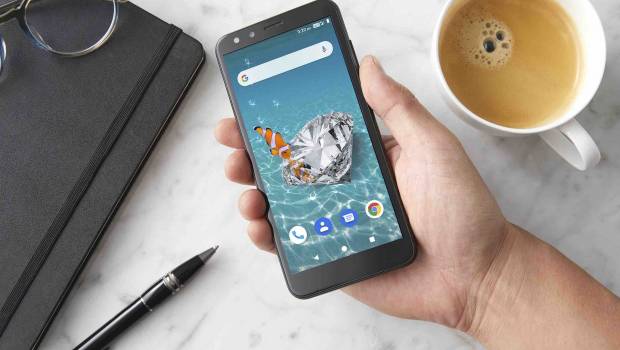 Aspera Mobile has launched the latest in its range of affordable smartphones with its new GEM 4G dual-SIM device costing just $149.

Aspera Mobile MD Allan Robertson explained, “We had our new Jazz 2 smartphone targeting the $99 entry-level 4G price point but could also see a gap at the $149 price point for a model that came with full Android 9 Pie and better specifications, so that’s where the new GEM came in.”

Aspera’s new GEM offers snappy performance with 2GB of RAM, 16GB of ROM and a quad-core Mediatek processor. It also comes with the full version of Android Pie giving the consumer a good experience with pre-installed Android apps including Google Maps, YouTube and Google Assistant. There’s also an 8MP rear camera, 5MP front camera and for added security GEM has a fingerprint sensor and face recognition.

Robertson continued, “I think most people would agree they are an excellent set of features for just $149. As usual with Aspera phones we strived to offer the best value for money at the price point in terms of display size and resolution, memory, camera and processor.”

GEM’s 5.5″ display has a 1440 x 720 pixel HD+ resolution and the phone offers dual-4G SIM card functionality, a set of features Robertson says the market will appreciate.

He added, “The kind of person who will buy a GEM wants more than our entry level Jazz 2 but does not want to break the bank spending big money for a top end mobile. For $149 you get a big package that’s suitable for phone users young and old who also like to browse the web, use email and popular content and social media apps like YouTube and Facebook.”

Aspera Mobile phones are designed and developed to be more than just about price. According to Robertson the company genuinely cares about its customers, their experience and the fact that they only pay for what they want, need and use.

He continued, “The new GEM really is the best value smartphone on the market at just $149. Many of our competitors at that price point only offer Android Go not Pie, just 1GB of RAM and a single SIM option. GEM’s better specs and dual 4G SIM cards means customers can get the best BYO SIM plans to maximise their usage costs, run two numbers and pick up and use a local SIM card when travelling overseas. Fingerprint and face recognition are a huge bonus at this price point and definitely not the norm. Combined with a HD+ display and a good camera experience GEM’s appeal is very broad.”

Aspera Mobile customers can easily and cost effectively step up from the company’s F40 flip phone to their first smartphone or from an entry level smartphone like the Jazz 2 to a higher spec smartphone like the GEM that offers more advanced features without a huge increase in price.

Allan Robertson concluded, “Having different tiers of product experience at a reasonable cost means our customers can stay within the Aspera Mobile family and move to a more sophisticated phone whenever it suits them.”

Aspera Mobile’s new GEM smartphone is available now and can be purchased outright for just $149 at BigW, Retravision, Leading Edge and BNE Express.

For more information on the new Aspera GEM smartphone go to: https://asperamobile.com/phones/smart-phones/aspera-gem/