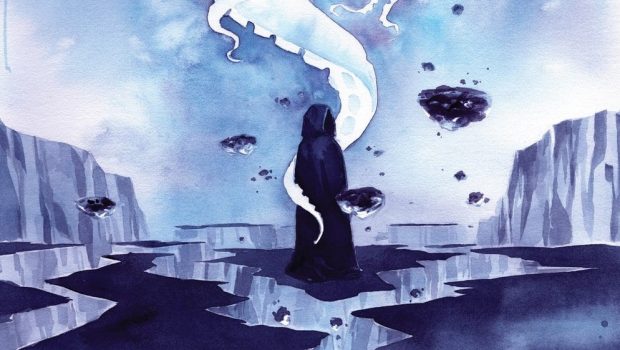 Summary: Ascender #5 has everything and it's only just started!

I’m so sorry for the long wait for the Ascender 5 review. You have my word I’ll be getting all of these out on time from now on – Matt

Jeff Lemire is one of my favorite writers in comics today. I’ve already written about how much I love him so let’s just get to the review.

So Telsa’s a sloppy passed out drunk. After slapping Telsa awake, we meet Helda, Telsa’s bodyguard/first mate. Explaining to Telsa that they need to get off planet, Telsa just prepares to send them away, she wants nothing to do with Andy or his daughter… that is until she sees Bandit (who by the way, is the cutest robot dog ever. Sorry K-9!)

After the explosion in her face, Mother has survived, but she surmises that one of her sons betrayed her and is damn sure going to find out which one. Just as she is about to kill them both, she’s interrupted by her generals who have a child with them The child warns mother of the hound… Before leaving for Sampson though, Mother combines her two sons into one being, therefore keeping her promise that only one would walk away.

Telsa is shocked to see Bandit and wonders if Tim made it as well. Andy says no (but I still think he lives!) and after wondering where they would go to after getting off planet, Bandit projects a star map on where their next stop should be.

Then mother’s forces attack. Telsa tries in vain to kick them off her boat but Andy simply will not budge… and then he gets stabbed in the back with a spear that juts out through his chest. Andy falls off the boat and is gone. He’s dead. Our main hero is dead. Only Lemire would try to pull that so early in the story.

Until 2 black pages later Andy pops up out the water still alive. Fooled you!

This story is barely getting started. The whole universe is pen for world-building and we have yet to really glimpse the true power of magic… God I hope the next issue comes soon. 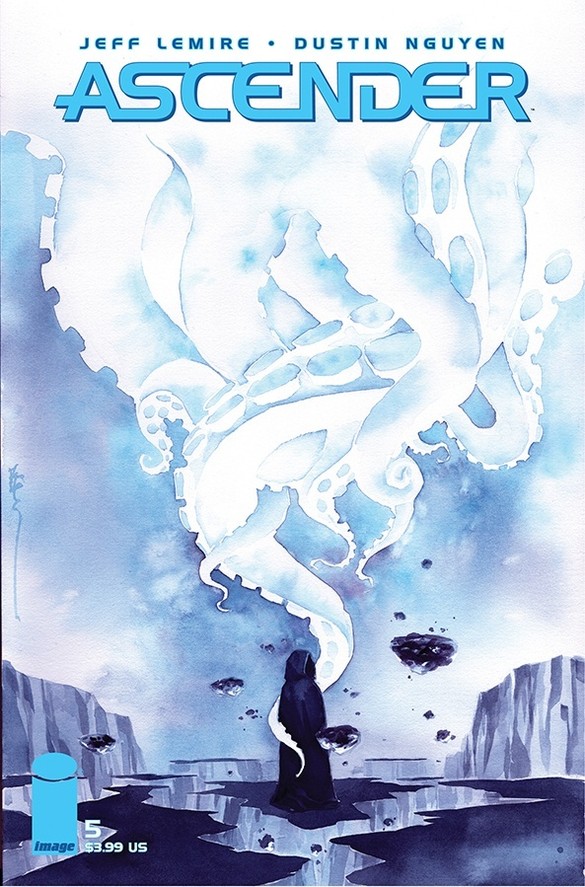 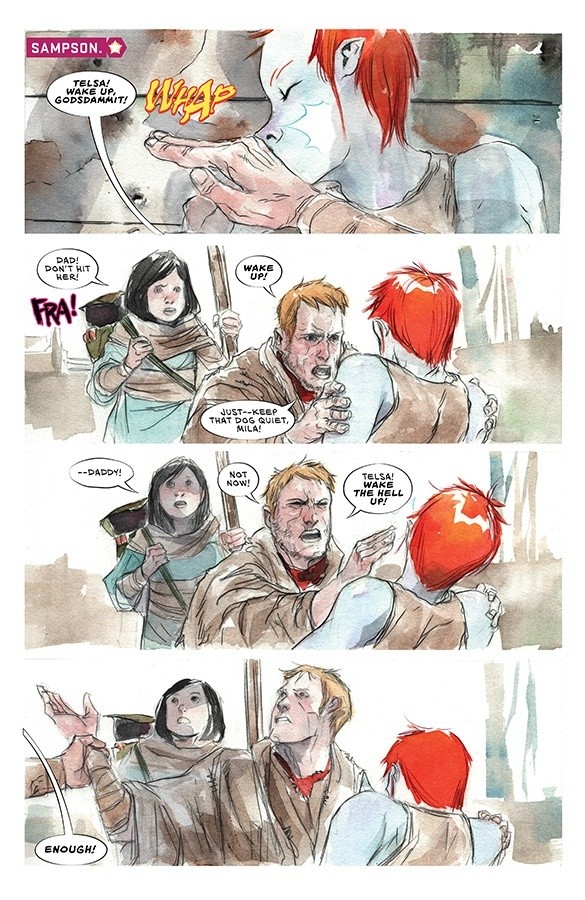 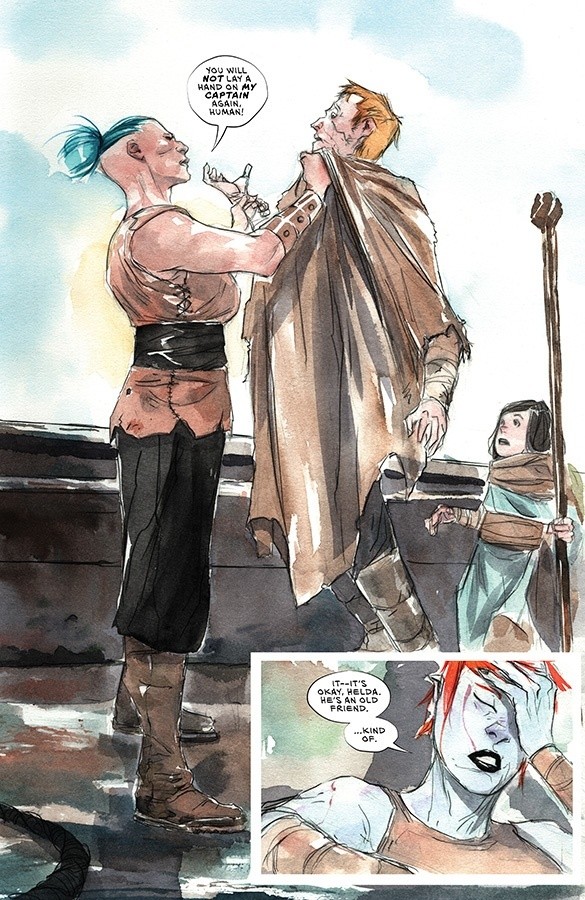 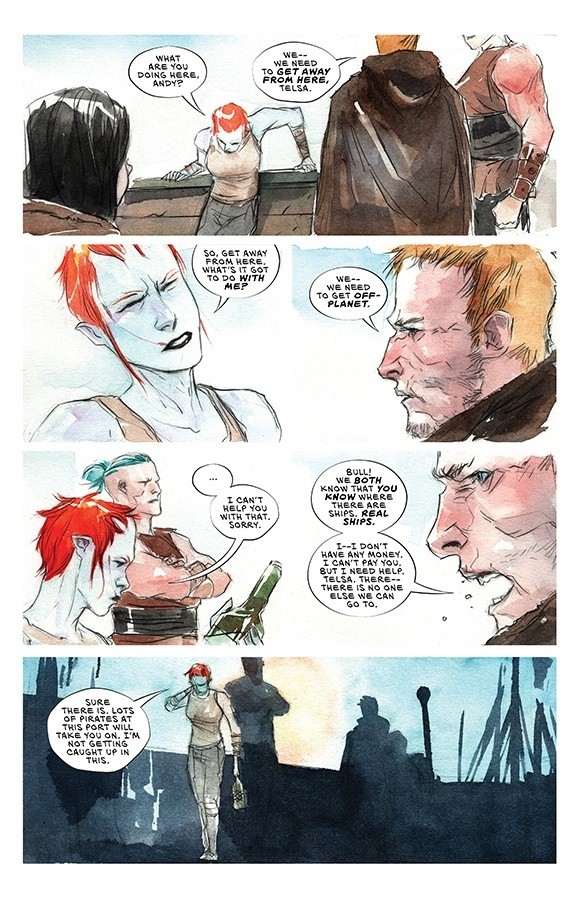 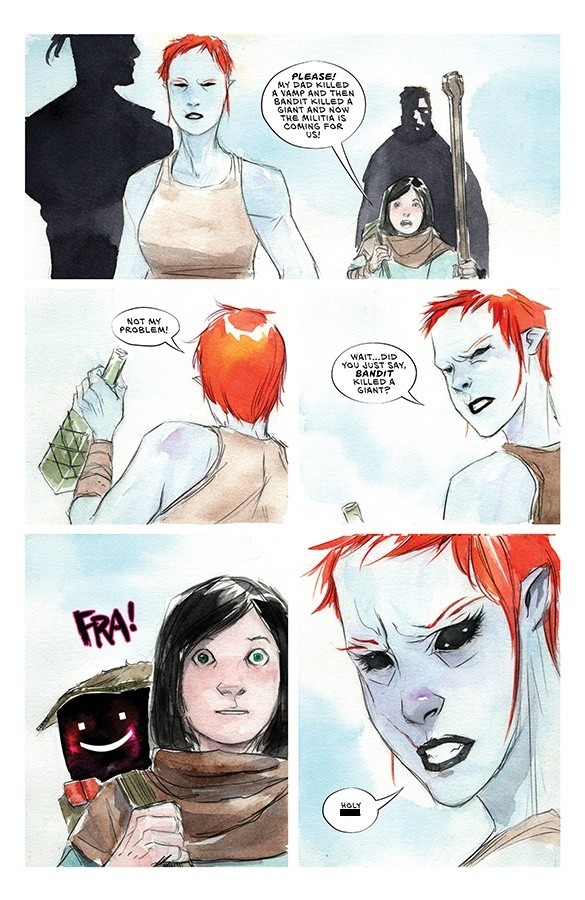