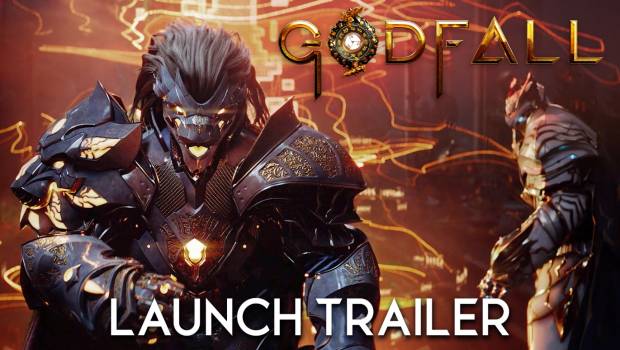 Ascend to glory in Godfall – Now available at Australian retailers

Godfall, a PlayStation 5 exclusive launch title, is now available on the PlayStation 5 in Australia. Developed by Counterplay Games, Godfall is a first-of-its-kind, looter-slasher, melee action-RPG.

Godfall is set in Aperion, a land on the precipice of ruin, and you are the last of the Valorian knights, god-like warriors able to equip Valorplates, legendary armour sets that transform wielders into unstoppable masters of melee combat. Tear through foes as you climb through the elemental realms and challenge the mad god, Macros, who awaits you at the top.

To get a taste of the action, watch the launch trailer here.

“Bringing a new world to life and a new IP to gamers has been a real driving force throughout the development of Godfall,” said Keith Lee, CEO of Counterplay Games. “We can’t wait to see how players tinker with their load-outs to allow their unique playstyles to shine as they fight through the beautiful world of Aperion.”

Players who pick up Godfall this week have a lot to look forward to, including:

While many reviewers are still spending time exploring Aperion, early impressions of the game have praised its stunning graphics and dynamic combat:

“The team at Counterplay Games has created something really special and fitting for the PlayStation 5’s console launch with Godfall,” said Gearbox Publishing President Steve Gibson. “They’ve achieved an experience that is so unique, visceral, and satisfying we were thrilled that they partnered with us to bring this title to players, especially if they’re looking for something epic to kick-off the next generation of gaming on PS5.”

Godfall is available at Australian retailers on the PlayStation 5.