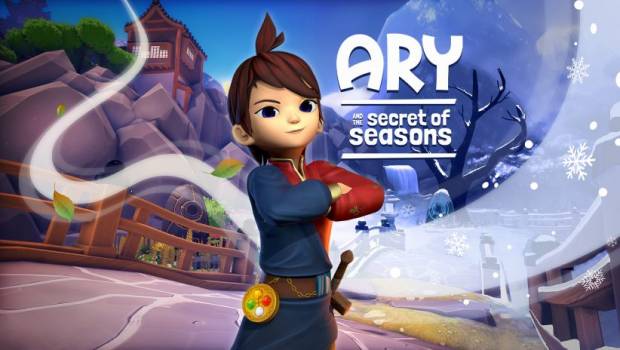 Ary and the Secret of Seasons PS4 Review

Summary: Ary and the Secret of Seasons is a bright and bubbly adventure, but its issues are hard to ignore

It is imperative in this industry that developers find a niche, a place to plant their flag and claim a story or mechanic as their own. Exiin SPRL and Fishing Cactus have found theirs in Ary and the Secret of Seasons. With an interesting and unique seasonal dome mechanic, Ary never struggles to impress with its interesting puzzle design. Unfortunately, the game is let down by its deep design flaws, numerous performance issues, and a visual style that refuses to settle on a standard of quality.

The world of Valdi is one where seasons run all year round, depending on where you might live. When enormous crystals bring the searing summer sun beating down on Ary’s cosy winter town, it is up to her to take her father’s place as Guardian of Winter and restore balance to the world once again. Along her journey Ary solves puzzles, battles foes and unearths ancient secrets utilising her inherited ability to manipulate the seasons. 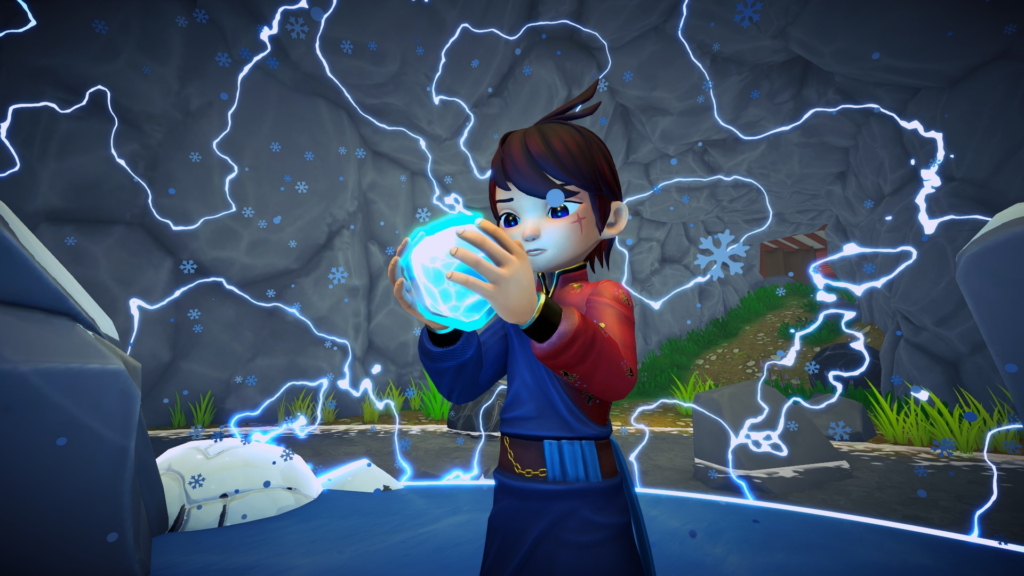 The shining stars of the Ary experience are its complex and highly engaging environmental puzzles, requiring creative use of the game’s seasonal dome mechanic. To reach a high ledge, you might change the room to winter to reveal ice platforms you can climb, or you might conjure the rains of autumn to flood the area with water, allowing you to swim. These sections owe their success to impressive and well-implemented level design, and are easily the game’s strongest areas.

In addition to solving puzzles, you can utilise the seasonal domes to affect enemies in the game’s real-time combat. Changing the season might slow down one enemy, but give another an ice shield. New enemy types ensure that combat remains dynamic throughout the game, though I rarely found much use for changing seasons in combat, since I could dispatch most enemies by simply being aggressive.

Similarly, while you have the ability to parry and dodge enemy attacks, most situations are too easy to require these additional mechanics, and any harder encounters usually have a different and more specific way to take them down.

Ary and the Secret of Seasons is a game brimming with soul, its humorous writing had me laughing out loud on occasion, and the game’s delightful soundtrack swelled within me during the journey. Ary never wavers from its child-like innocent tone, cracking jokes and crafting lovable goofball characters that encouraged me to progress on my journey and return for more side-content to explore. While it does do well to maintain mystery and secrecy throughout the narrative, I found that as I progressed, the story lost its momentum quickly, resorting, eventually, to a simple ‘collect four artefacts and open the vault’ final stretch. The mysteries the game does unveil, while exciting for the change they signalled in the narrative, were predictable from the get-go. 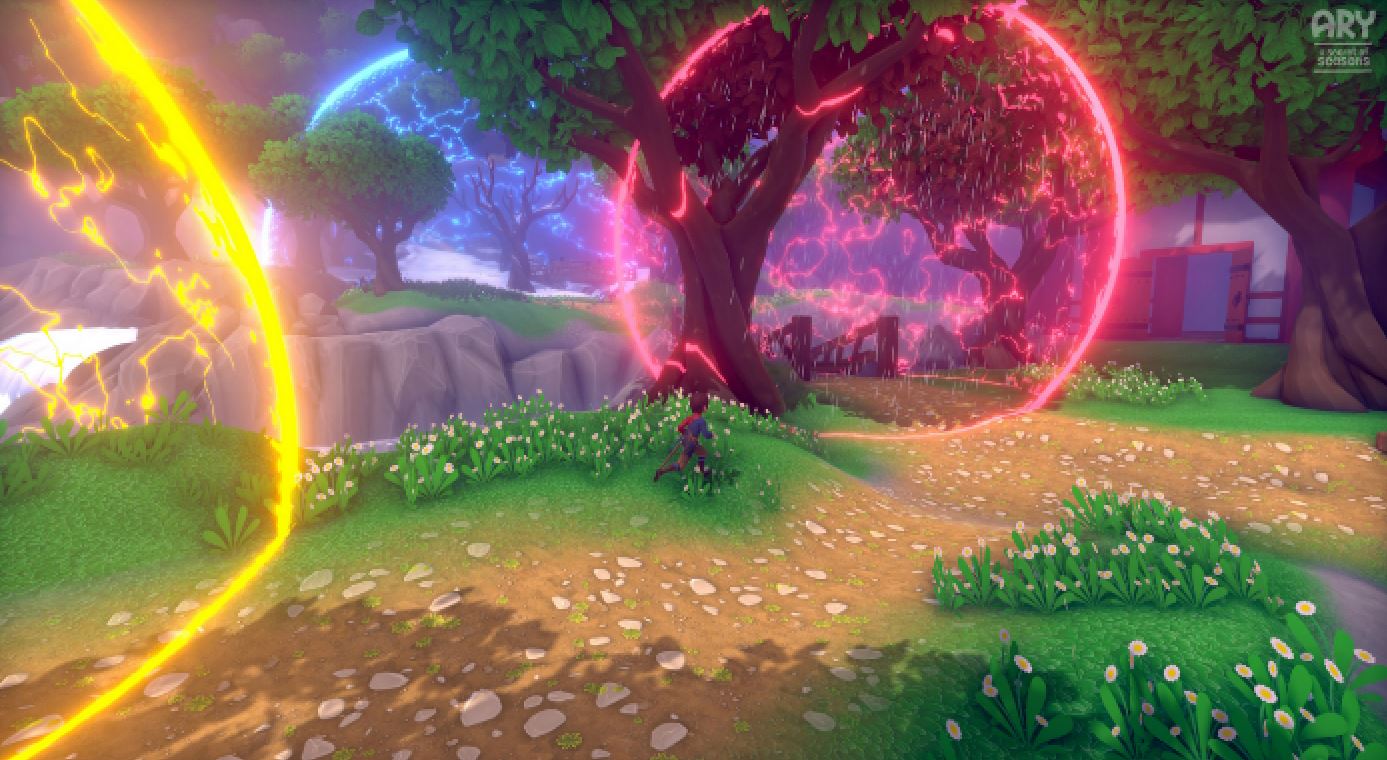 Outside of the impressive puzzle sections, Ary fails to meet the mark in terms of quest design and progression. Chief among the issues I found was the game’s frustrating lack of signalling whenever I completed an objective. There was a point about halfway through the game when I beat a boss, but had no idea what to do next, as my objective was just a broad ‘find a way into the temple’, which I thought (erroneously) I had done. On top of this, the mini-map is disabled in any locations outside of the overworld map, resulting in some annoying encounters with the game’s unwieldy map screen to figure out where I was.

In addition to the broad and uninformative quest logs, the game suffers heavily from jagged progression. In the beginning of the game, winter is the only season available for you to manipulate. Finding and discovering the ability to manipulate summer acted as a significant portion of the game, only for you to then be given the other two very shortly after. No quest, no challenge, no nothing. Things like this make the game feel unrewarding, and it made any sense of growth unsteady when I was playing, making it difficult for me to connect with Ary’s journey.

Lastly, the game’s visuals receive lots of points for style, but few for substance. I enjoyed how each city in the world felt different, the tall temples in Yule contrasted well with the ancient tombs of Samhain. However, the locations between were vast and empty, some places looked like nothing more than large blocks of untextured grass with a few enemies placed haphazardly on top. This jarring shift accompanied by abrupt cutscene-to-gameplay transitions, music randomly stopping and starting, and numerous gameplay glitches makes Ary a difficult game to recommend to anyone but tolerant fans of the genre.

Ary and the Secret of Seasons is a fun and innocent experience that should be recognised for its high-standard of puzzle design and clever implementation of its unique seasonal dome mechanic. Unfortunately, poor progression and irritating UI design make otherwise enjoyable sections frustrating, and the slew of bad performance issues and glitches ensure that Ary’s journey isn’t all fun. 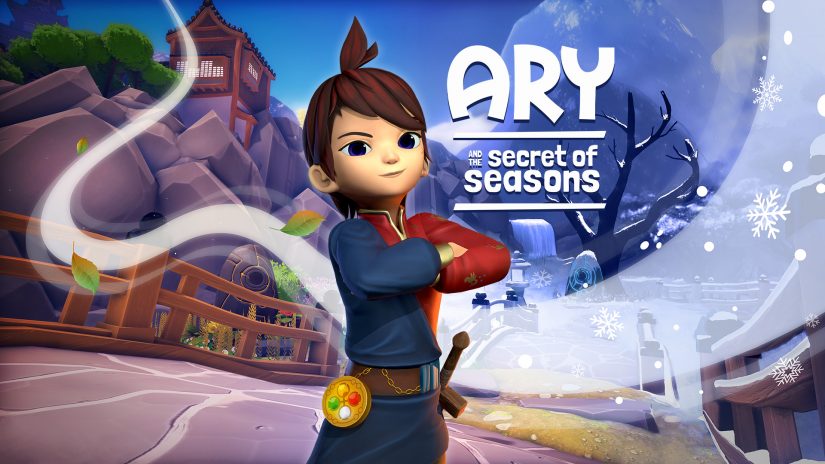