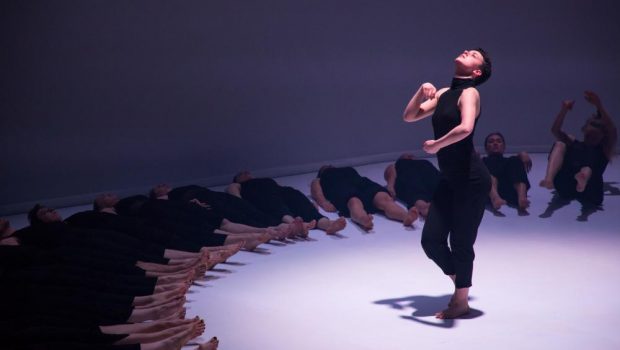 Arts Centre Melbourne has launched a powerful new storytelling campaign showcasing the importance of the performing arts to Victorians as it looks towards a future reopening.

Together Experiences, an emotive series of short films created pre-COVID by Melbourne-based agency, Brands to life® shines a light on the unique and positive impact of the performing arts on the state’s diverse community.

The first three films focus on three individuals whose lives have been significantly impacted by the performing arts and Arts Centre Melbourne.

Choreographer Stephanie Lake discusses the creation of her large-scale work Colossus, an Arts Centre Melbourne commission and a lifelong dream to create a work exploring the complex unison and wild individuality of humans.

“There’s no question we’re in troubling times. There’s incredible division. A single leaf is interesting, but thousands of leaves moving in the wind is breathtaking,” says Lake.

Lauren Hayes, who was born blind, explains how audio description makes her theatre experience complete while Thomas Smith talks about Arts Centre Melbourne’s Tech Connect Regional Training Program which allowed him to pursue his dream of working in theatre from his home in Swan Hill.

“Since we closed our doors last year, COVID-19 has separated us: artists and arts workers from stages, audiences from venues,’’ says Arts Centre Melbourne CEO Claire Spencer AM.

“These films speak directly to our role as Victoria’s arts centre – a gathering place connecting all Victorians with the art that inspires them, and artists, makers and presenters with the stages where they belong.”

Images and videos can be found here.