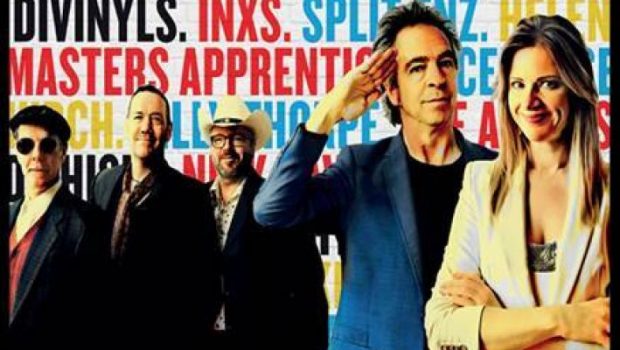 A staple of Aussie music culture since 2005, RocKwiz will trade in its usual stomping ground of The Espy for the opulent confines of Hamer Hall, more determined than ever to have another really, really good Friday.

More concert than Kwiz, Another Really, Really Good Friday will see RocKwiz mainstays Julia Zemiro, Brian Nankervis and the RocKwiz Orkestra joined on stage by Kate Ceberano, Mick Thomas (Weddings, Parties, Anything), Kylie Auldist (The Bamboos, Cookin’ on 3 Burners), Hailey Cramer and comedians David O’Doherty and Anne Edmonds – with more to be announced – for more music, more comedy and more variety than ever before.

Two hours of variety with plenty of music, comedy, chat and Easter reflections on Good Fridays and Bad Fridays alike – plus a few Kwiz questions thrown in to keep it a little competitive – guarantees a hilarious and memorable Easter event.

The Another Really, Really Good Friday experience will be similar to a big Friday detention where the teachers get tied up in the broom cupboard and the naughty kids put on a show. An Easter like no other this April at Arts Centre Melbourne.