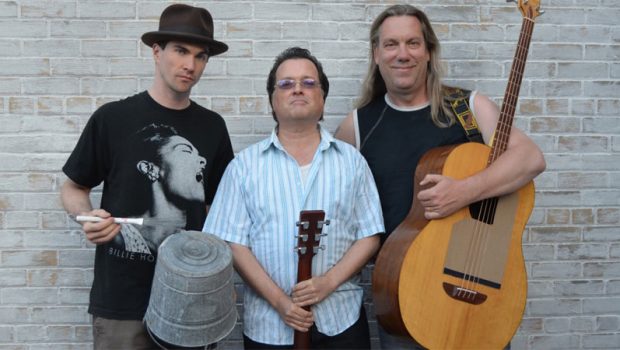 MELBOURNE, 9 DECEMBER 2016 — Heading to Australia for their most extensive tour since 2005, the Violent Femmes will perform at Arts Centre Melbourne’s Hamer Hall on 16 March 2017 as part of a nationwide tour.

The autumn tour follows a sold-out national tour in March 2016 that included headline spots at Womadelaide, Golden Plains, Twilight @ Taronga and A Day On The Green. This time however, the Femmes will traverse the road less travelled appearing in regional & suburban centres, major cities and an encore performance of their A Day On The Green headline shows with Hoodoo Gurus.

“We would like to continue our decades-long love affair with Australia by bringing the rock to the regions. We will be playing old favourites and new with our usual shambolic splendor,” said Brian Ritchie.

Violent Femmes came together in 1981 and were quickly applauded as one of the most inventive and original bands of the era, constantly pushing forward with their singular blend of folk and punk, sarcasm and spirituality. The Milwaukee-based band first attracted attention while busking in front of their hometown’s Oriental Theatre. The performance caught the ears of that night’s headliners, Pretenders Chrissie Hynde and the late James Honeyman-Scott, who invited the young group to open the sold out concert with a brief acoustic set.

From there, Violent Femmes released eight studio albums and more than a dozen iconic singles, along them such classics as American Music, Gone Daddy Gone, Nightmares, Add It Up and Blister In The Sun. Violent Femmes’ remarkable three decade plus career has earned them cumulative worldwide sales in excess of 10 million albums.

The turn of the millennium saw Violent Femmes begin a long hiatus from the studio, only coming together to record a 2009 cover of Gnarls Barkley’s Crazy – returning the favour after Cee-Lo and Danger Mouse’s psychedelic soul version of Gone Daddy Gone proved a worldwide smash. Violent Femmes officially returned to full time action in 2013 with an acclaimed performance at Coachella before embarking on a wide-ranging tour that included headline dates and ecstatically received festival sets around the world.

“Friday night saw the return of the Violent Femmes to Australia. And what a triumphant return it was. The absolute capacity crowd in front of Stage 2 were in constant motion – ranging from flat out head banging to substance fueled ethereal swaying as the ‘Femmes powered through all their hits, including “Gone Daddy Gone”, “American Music”, “Kiss Off” and to close the show, “Add It Up”. – The Music: Womadelaide review

“They still sound as brilliantly odd as their seminal self-titled debut.” – Blurt