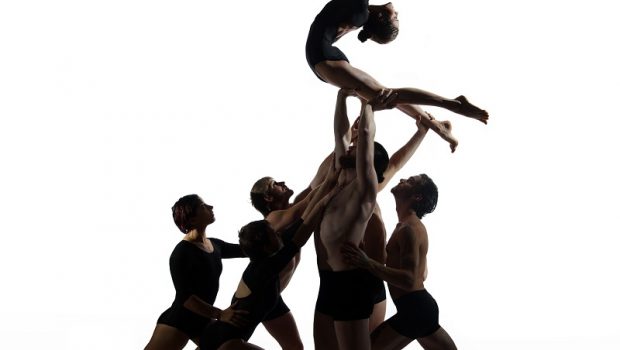 After 117 mind-blowing acrobatic performances to an international audience of over 66,000 people, Humans by Circa is making its way back to our shores for their only Australian performance this year.

Fresh from the Underbelly Edinburgh Fringe Festival and following on from Arts Centre Melbourne’s season of Wolfgang’s Magical Musical Circus, Humans will take over the Playhouse from 27 – 30 November.

Created by Yaron Lifschitz, 10 acrobats will take audiences on a stirring journey of what it means to be human, and how connections and aspirations all form part of who we are.

By exploring the physical limits of their bodies and pushing to their extremities, these acrobats question how much the human body can actually take. This way of thinking is then put back onto the audience, causing them to reflect on their own lives, their loved ones, the burdens they carry and the physical and emotional strength it takes to overcome them.

Just as the stage is stripped back, so too is the vulnerability of these highly skilled acrobats laid bare. But, with incredible strength and integrity they connect each moment seamlessly with the next in a thrilling and heart-stopping performance.

In this award-winning work, Circa’s reputation for fearless, boundary-pushing new circus combines physical virtuosity with an expressive sense of humanism. Catch a glimpse into their humanity as they find redemptive power in strength and celebrate what it means to be fiercely human.

Humans premiered in 2017 at Sydney Festival and has since gone on to tour throughout Australia as well as to Romania, the United Kingdom, Belgium, Italy, France, Hungary, the USA, Canada, Netherlands, Slovenia, Sweden, and Spain.

★★★★★ “Stunning athleticism and heart-stopping acrobatics in this innovative circus work of the highest calibre.” – Arts Hub
★★★★★ “This might well be the company’s best work yet” – The Stage
★★★★★ “This beautiful, fearlessly honest celebration of flesh and blood strengths does just that, and with humour too.” – The Herald Scotland
“…the five-star favourite… a clear demonstration of the artistry of circus” – The Guardian