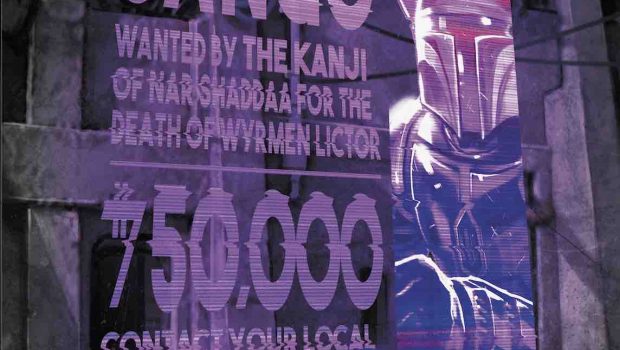 ARTIST DAVID NAKAYAMA RAISES THE STAKES OF THE WAR OF THE BOUNTY HUNTERS IN NEW WANTED POSTER COVERS!

STAR WARS: WAR OF THE BOUNTY HUNTERS, the crossover that’s overtaken the galaxy, heats up this August! The story, set after Star Wars: The Empire Strikes Back, revealed that on route to Jabba the Hutt, Boba Fett lost the carbonite-encased Han Solo and ignited an epic hunt between pursuers from all corners of the galaxy. The Rebellion, the Empire, the galaxy’s most notorious bounty hunters, and a few surprise players are all hot on the trail, and fans can see just how dangerous the hunt has become for their favorite characters on new WANTED POSTER VARIANTS COVERS by superstar artist David Nakayama.

Throughout the month of August, Nakayama’s stunning takes on Valance, Qi’ra, Doctor Aphra, Jango Fett, Boba Fett, and of course, Han Solo will grace the covers of the main STAR WARS: WAR OF THE BOUNTY HUNTERS limited series, the tie-in issues of your favorite ongoing Star Wars titles, and the upcoming one-shot, WAR OF THE BOUNTY HUNTERS: 4-LOM & ZUCKUSS #1. 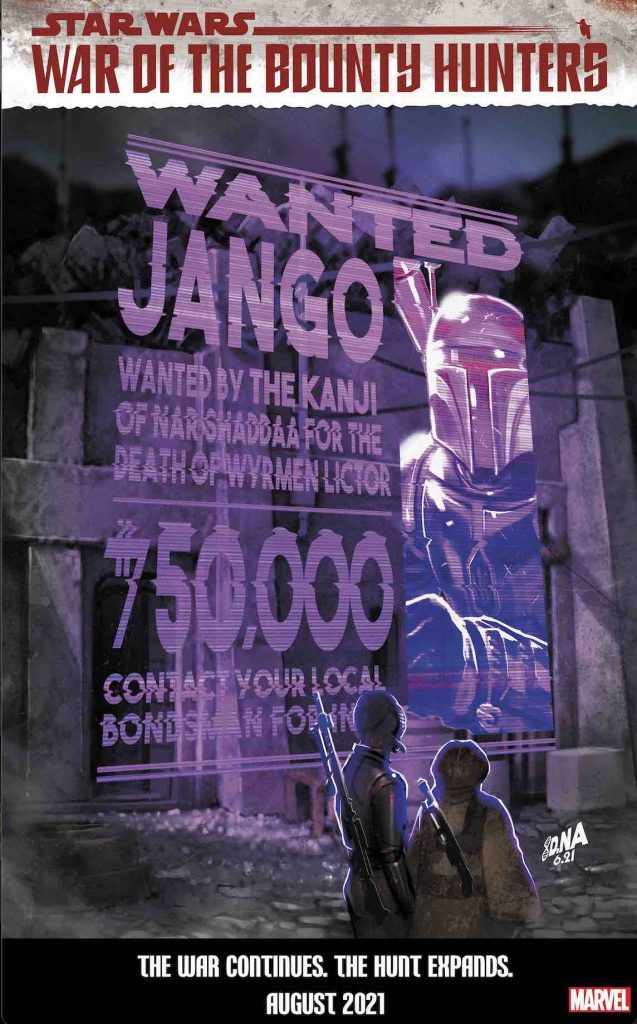 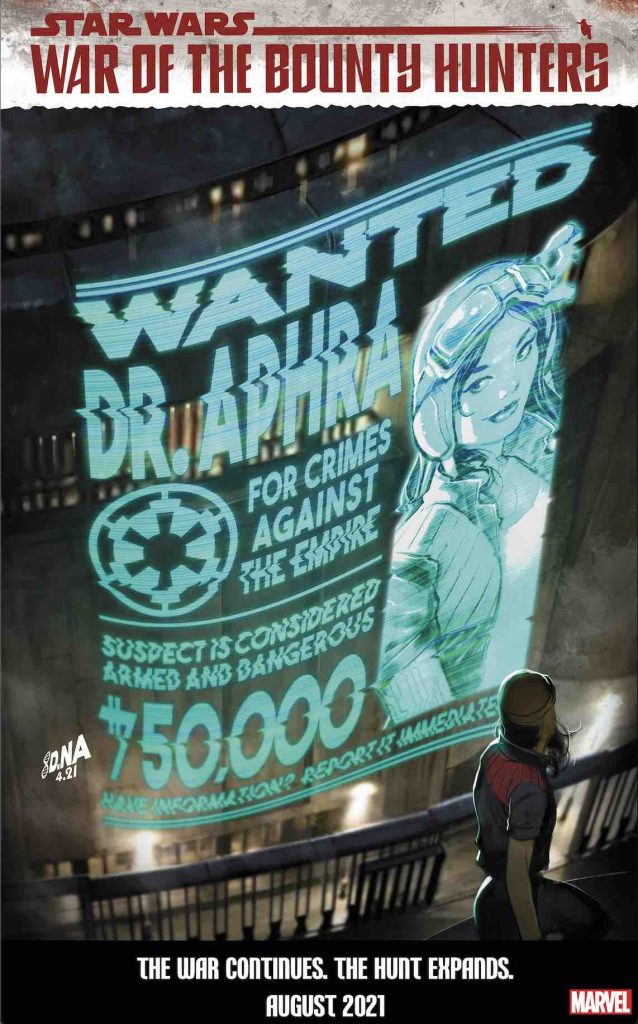 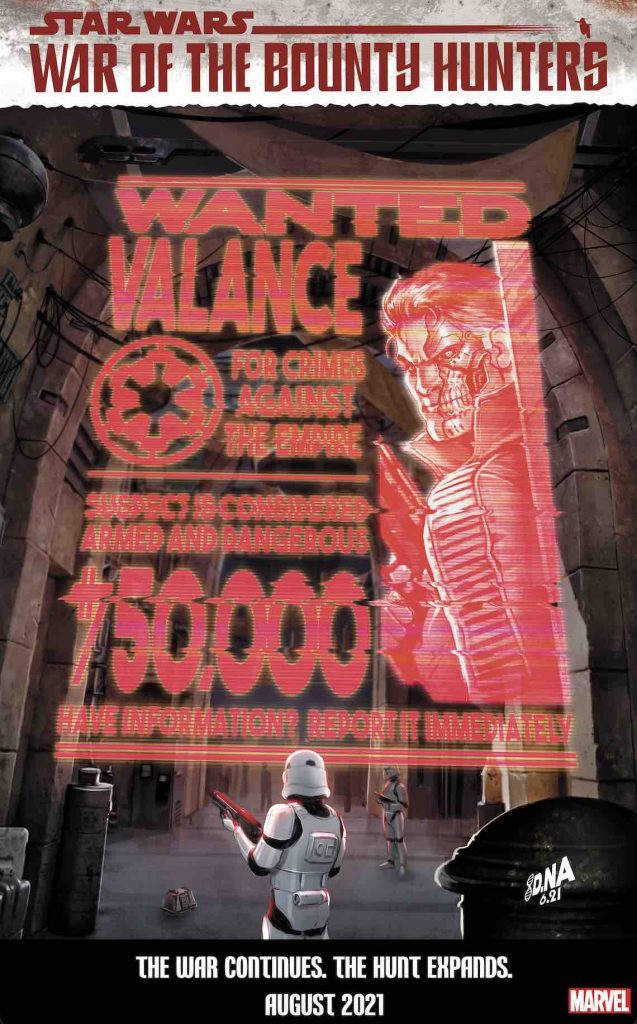 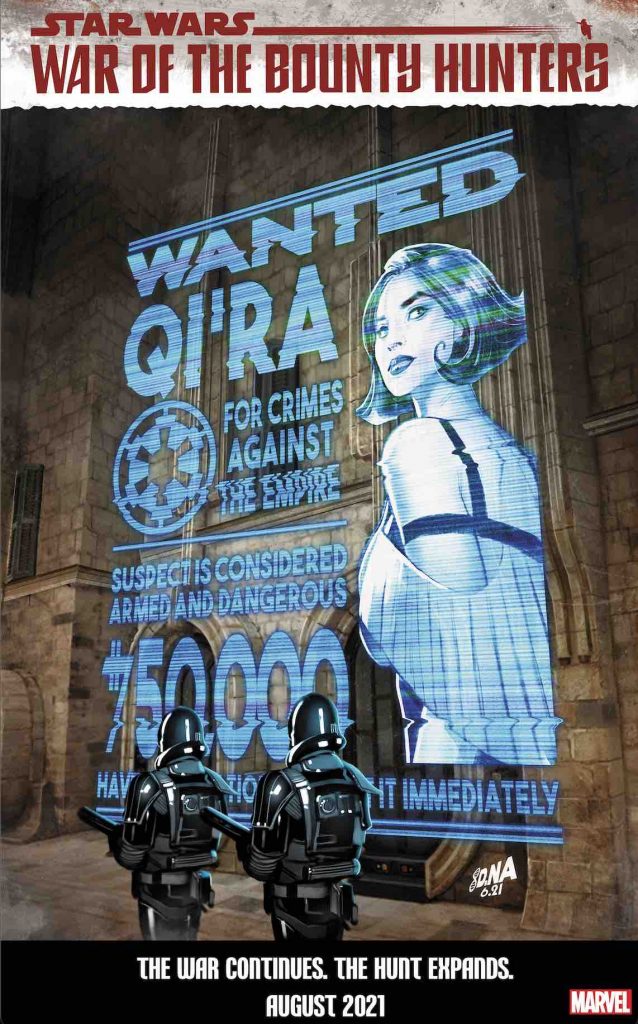 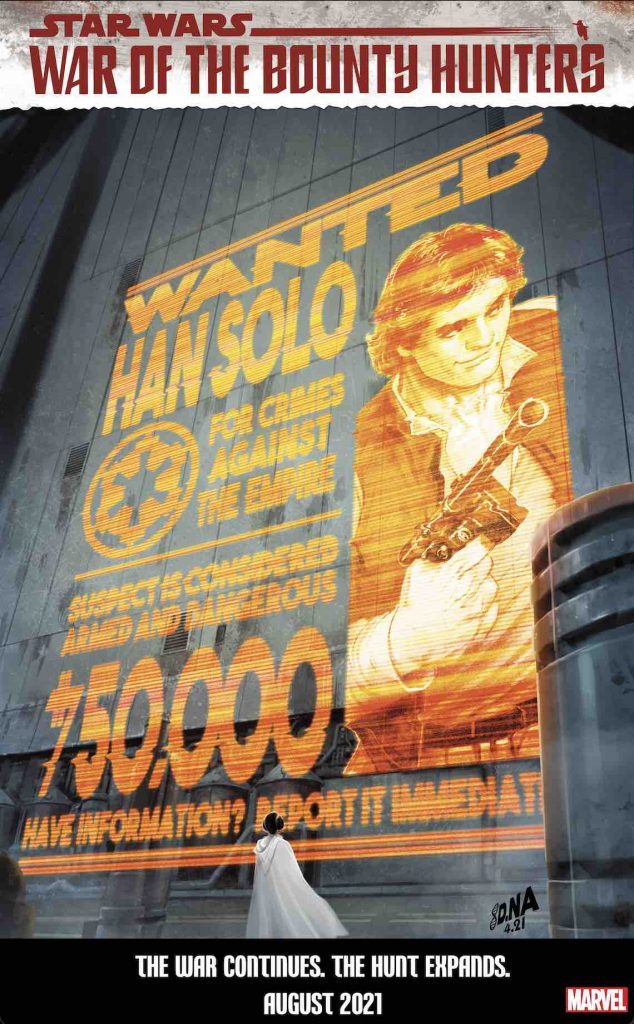 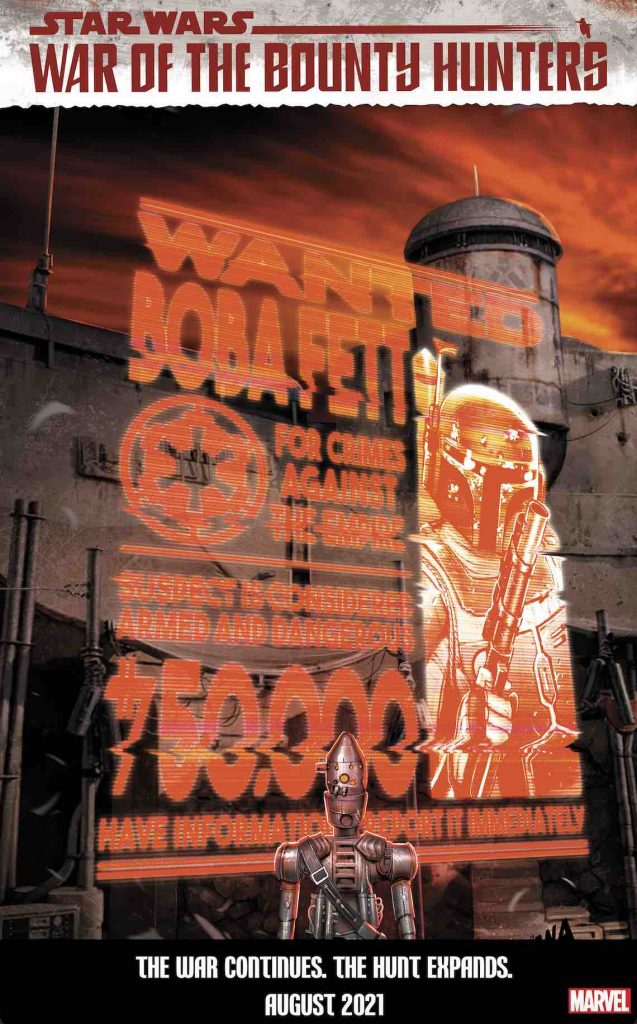