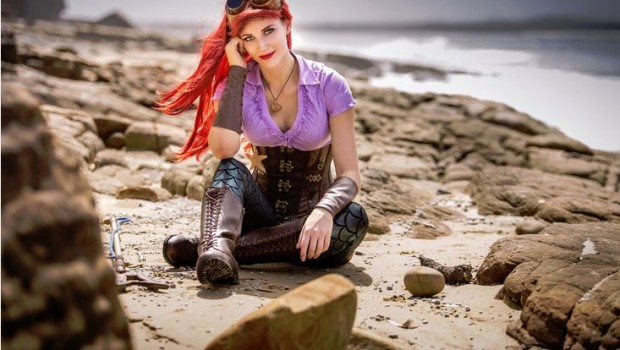 Welcome to Impulse Gamer “The Artful Dodger”… can we call you Art for short?

Thanks so much! Most people call me AD for short.

Pop-culture enthusiast… Cosplayer… Adventurer… tell us what that means to you?

I’m a jack of all trades and master of none. I love fantasy, sci-fi and action in all mediums, whether it be books, movies or gaming – except I’m not very cool or smooth so “enthusiast” sums up how weird I get when I talk about it – I will actually start yelling if you get me in a passionate debate about Lord of the Rings.

Adventurer speaks to my love of spontaneity and trying new techniques in my costumes. I get bored easily! 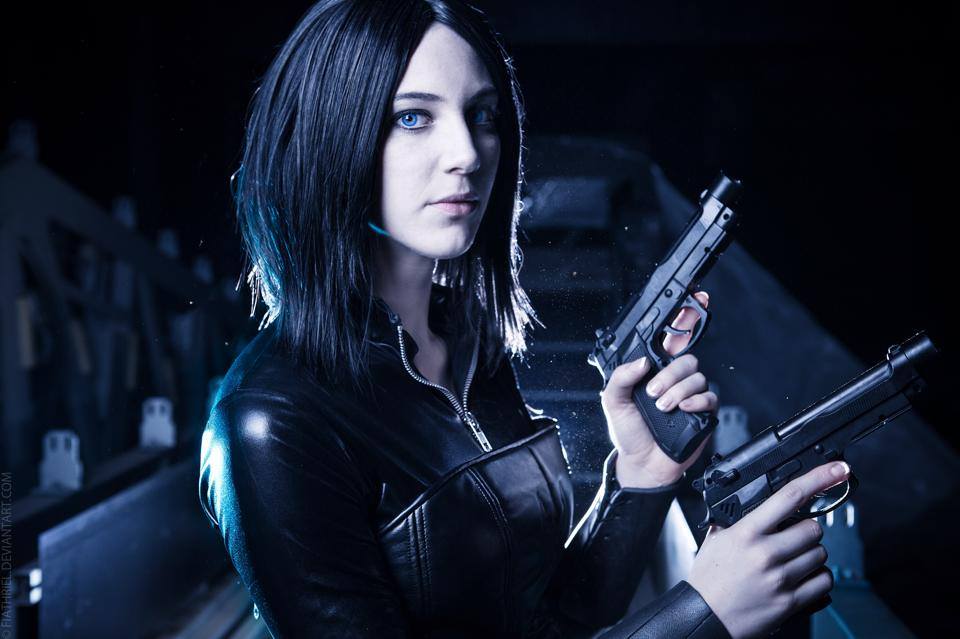 So what made you get into cosplay?

I didn’t get into cosplay, cosplay got into me. I started back in 2011 casually cosplaying for the Supanova conventions and it just gradually grew from there. Now it has basically consumed my life. I regularly sit at my sewing machine late into the night crying into my fabric because I sewed the wrong sides together a week before the convention. But it’s all worth it.

You’re costumes are on par with some of Hollywood’s best costume designers, how do you keep them so real and authentic?

My costumes are mostly composed of the blood of my enemies, the tears of a thousand children, and sweat collected from the brows of rival cosplayers. It gives them a battle-worn feel. 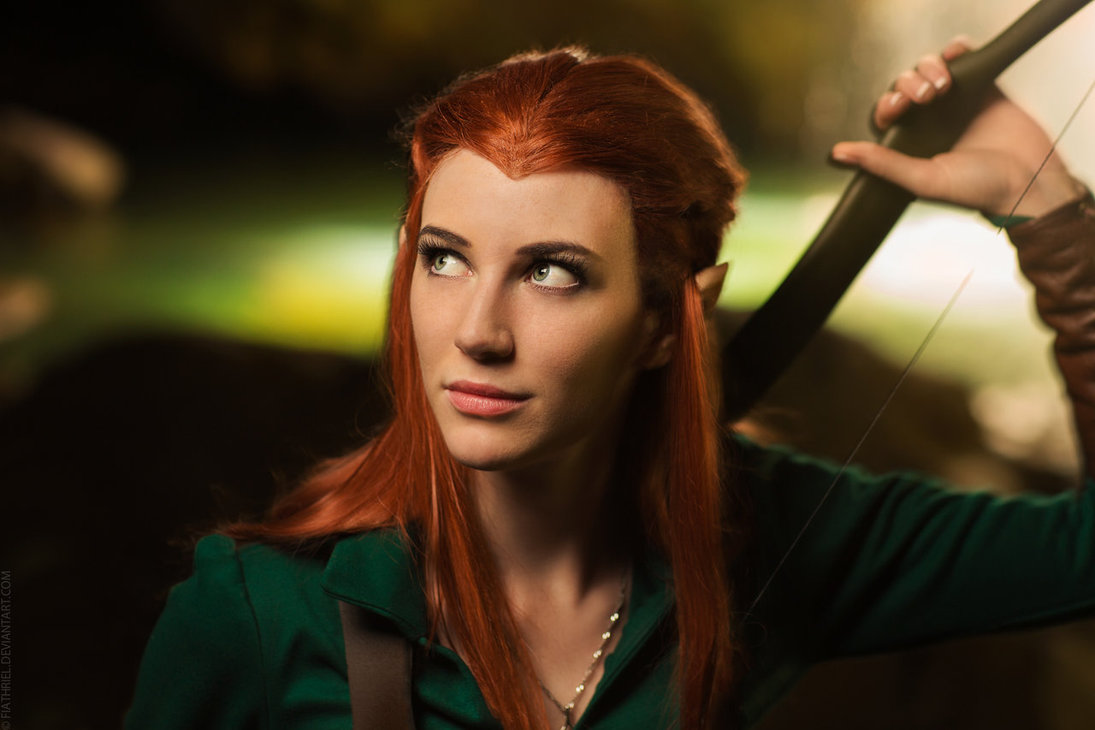 Can you tell us what you’re currently working on?

I’ve taken a bit of a breather recently because cosplay is a very expensive hobby and it’s sometimes nice to be able to pay my bills without having to live on beans and toast for weeks! Next week I’ll be getting back into it though, I’m going to start working on the warlord Artemesia from 300: Rise of an Empire. I’ve always wanted to learn to make chainmail and I figure it’ll come in handy when the zombie apocalypse finally happens.

I’ve also made a start on Tinkerbell – she’s not the type of character I usually go for, I’m not big on “cutesy” cosplay – but she does have a lot of inner rage (she tried to kill Wendy out of jealousy, that’s pretty brutal!) and I admire that.

One of my favourite parts about cosplay is collecting new scars from different tools. Mostly hot glue. Because who doesn’t love pain and blistering at 1am when you’re already stressing about finishing the costume in time for a con?

I’ve realised over the last six months how much crazy drama is in the cosplay community and that probably irks me the most. I don’t think you can really get elitist about dressing up like a fictional character when you’re a grown adult. It’s supposed to be for fun anyway! All this “competitive cosplay” stuff is stupid, in my humble opinion. 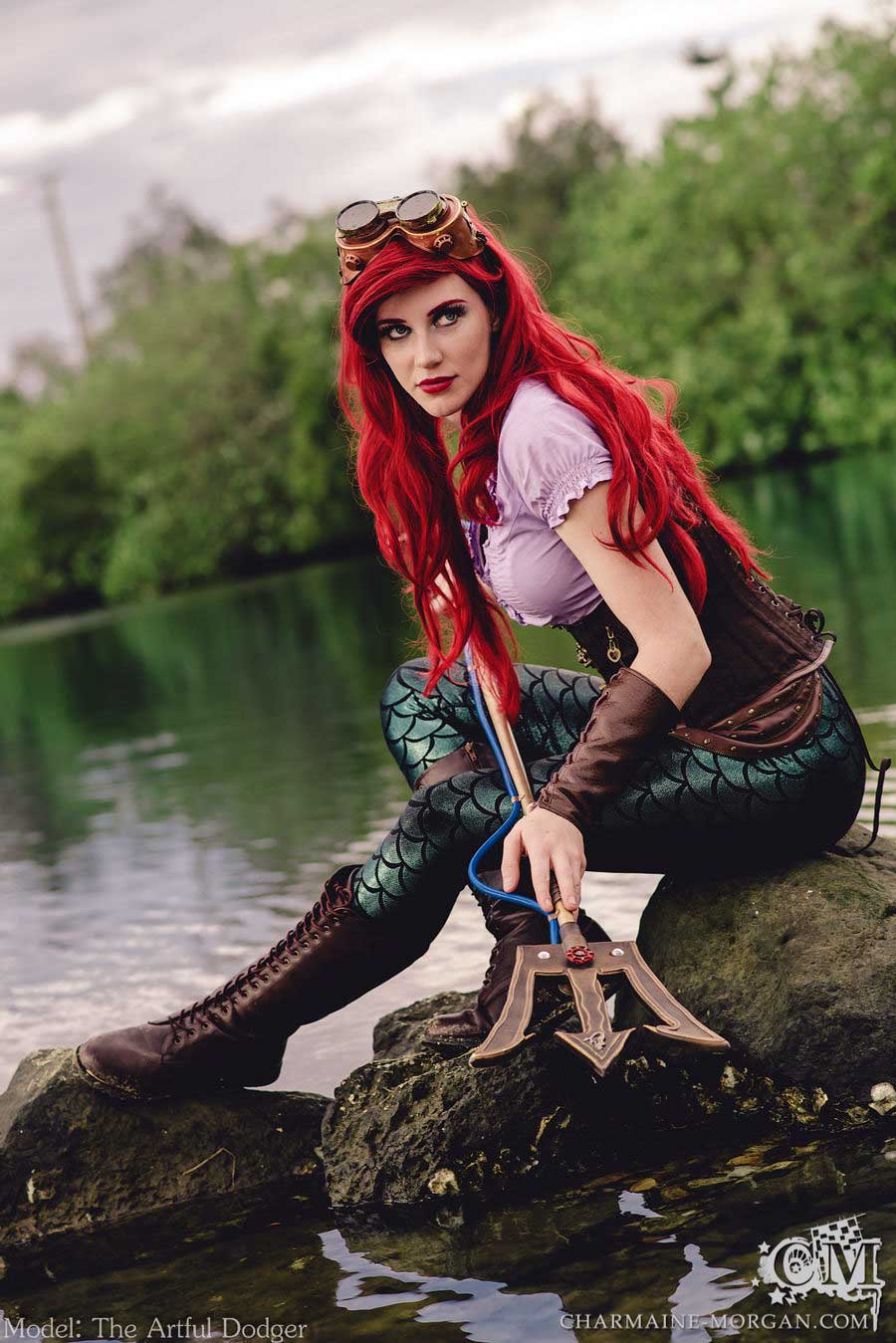 The funniest thing that ever happened to me in costume was when I was shooting in an alleyway with a photographer. I was cosplaying X-23 so I was bloody, bruised, and crouching on a bin for a bit of height, and this homeless guy sidled up to us and just…stood there. For ages. So we pretended to ignore him and continue shooting but after a while it was getting a bit unnerving. Put it this way, I was starting to wonder if my claws would actually do any damage if I had to use them.

Eventually we stopped and turned to him to ask what he wanted. He gave us a huge toothless grin, held up his arm and dropped a dead bird at my feet. “Awww thought you might like a bit of a prop for your costume love” he gargled at me and I just stood there going WHAT. I think he meant well but man we had no idea what to say. It’s funny looking back on it but we were a bit gobsmacked at the time!

Apart from your amazing cosplay, which Australian cosplayer has really made you go “wow”?

There are a couple of reasons why CB Studios Cosplay is one of my favourites – his costumes are literally bursting at the seams with detail. Seriously, I’ve never seen any cosplays up close with that level of detail. He has 3 different versions of Jack Sparrow from the movies and every button and ring is screen accurate. He even wears the P brand and actually got the sparrow tattoo. That’s dedication! He does a lot of epic horror cosplay and he’s big into metal, which is an immediate tick in the box for me, and he’s also an absolutely top bloke to boot. Love that guy. His Facebook page is www.facebook.com/cbstudioscosplay – check it out if you want to be blown away.

Tell us a little about your Ariel Steampunk (The Little Mermaid) costume?

Ariel was a long term project of mine since the beginning of last year, I had it on the backburner for a long time, mostly because I thought if I wore it to a convention people might not get it, or be really negative about it. I’ve already heard the “oooo you’re not Steampunk just because you threw on a pair of goggles” line many times but I don’t pay attention to those sort of people. 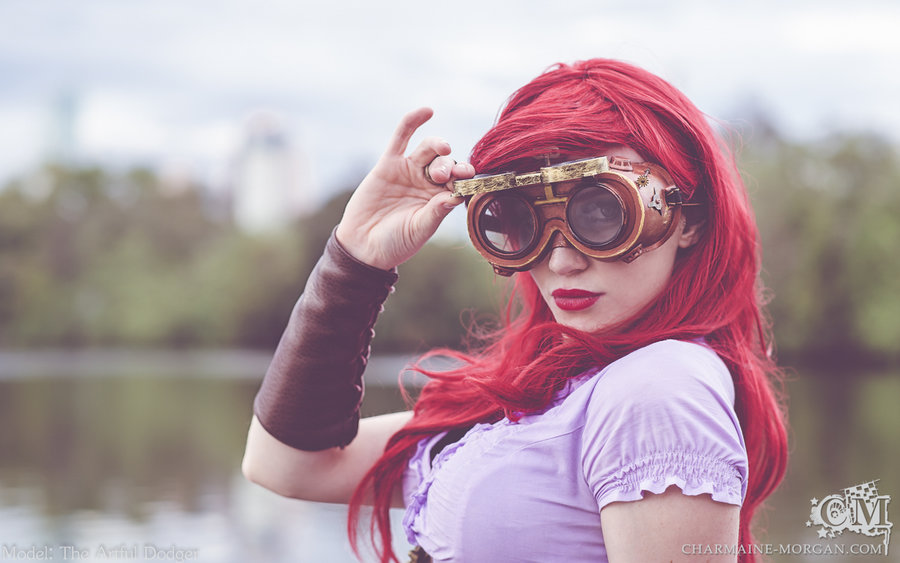 Did you expect such a wild reaction to this cosplay character?

On the flip side I was floored by the amount of people that loved the costume when I wore it late last year for the first time, and now it’s the cosplay people know me for! It’s pretty cool to have a signature character. It’s a lot of fun when I wear it out and kids come up for a cuddle and a photo, they don’t really know what to make of it! Everyone knows Ariel for her simplistic look and I think I just confuse them, but it’s awesome to still have that Disney connection with them!

Blake Robertson really captured this amalgam of characters, Steam Punk and The Little Mermaid, do you guys have any other photoshoots planned?

Blake is one of my very close friends, but I would still rave about his photography without bias. He has such a way with the camera, using minimal equipment and mainly his great eye he still amazes me, even though we’ve been working together for 8 months now! We shoot on a whim, so I’m sure we’ll have new material for you very soon. 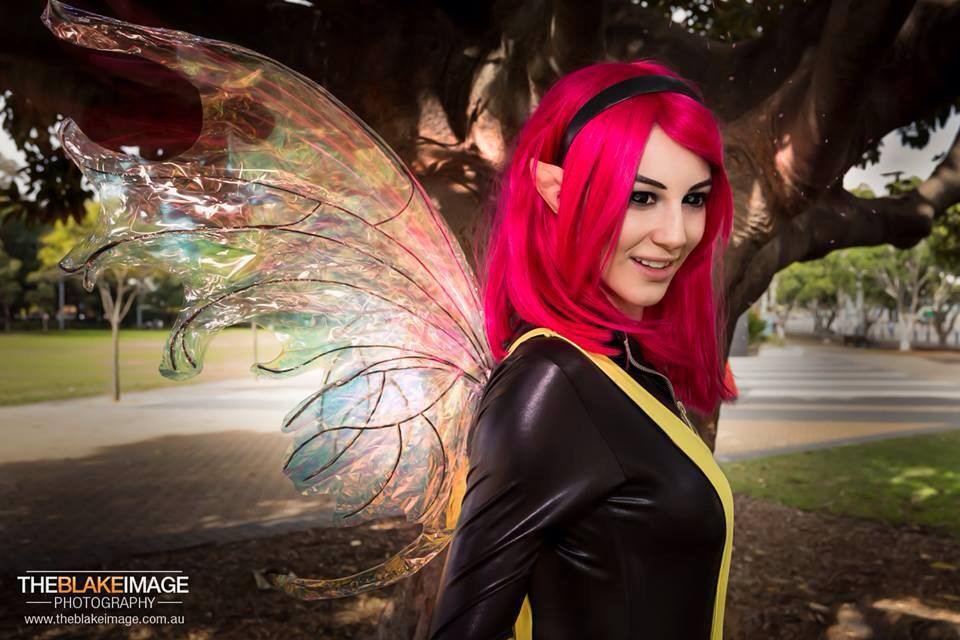 Tauriel was equally as impressive… what made you want to capture Tauriel from The Hobbit movies?

Even though I had an immediately negative reaction to Jackson adding a new character to the book I loved so much as a kid, Tauriel turned out to be a pretty hardcore lady! I love badass characters, especially anything Elvish so I suppose it snowballed from there.

We’ve heard that you’re a Borderlands fan… are you looking forward to the pre-sequel?

I’m such a big fan of Borderlands!! I watched some of the gameplay only yesterday and I think I’m in love. Anti-gravity and personal drones? So down for that.

I’ve always thought that Borderlands looked like the sort of game Quentin Tarantino would design if he was into the gaming industry – mostly because of the over-the-top guns and how it constantly takes the mickey out of itself. The dialogue constantly cracks me up too: “I’m gonna play hopscotch in your chest cavity” – it doesn’t get much better than that. I also like setting things on fire, so I’m generally armed with elemental snipers. Watching psychos sink to the ground writhing in agony after a critical hit with an incendiary is the stuff of dreams.

Have you thought about any Borderlands cosplay, maybe Lilith?

I have! Since seeing the character guide and some of the gameplay for the Pre-Sequel, I’m itching to do an Athena cosplay. I’ve already started ordering parts, she should be finished around October, just in time for the release!

In terms of gaming, what are you looking forward to in 2014?

I don’t think it’s getting released in 2014 (I think it’s early next year?) but I’m pretty pumped for Battleborn! Dragon Age: Inquisition and AC: Unity are definitely on my must-play list as well and I think I might check out the new Middle-Earth game too because I can’t say no to anything LotR. SO MANY GAMES, SO LITTLE MONEY.

Tell us the most geekiest thing that you own?

My husband, without a doubt.

DC vs Marvel… which characters do you prefer and why?

I’m a Marvel girl through and through. X-Men, Avengers, all of it is excellent. I love how gritty and real the comics are – X-23’s backstory is a prime example.
DC is hard to place, because every time I think about Superman I cringe. It’s hard because I love the Batman universe so much, but I just find a lot of DC quite lame and cookie-cutter. Maybe it stems from hating Smallville as much as I did when I was younger. I can see how people get into DC, but it’s just not for me!

I am trying to think of a hilarious and endearing way to answer this question without coming off as a weirdo who spends all her time and money on wigs and fabric, but alas. That is basically how I will be spending the next 5 months.

Thanks again for being part of Impulse Gamer!
Thank you for having me!

Check out AD at – https://www.facebook.com/theartfuldodgercosplay