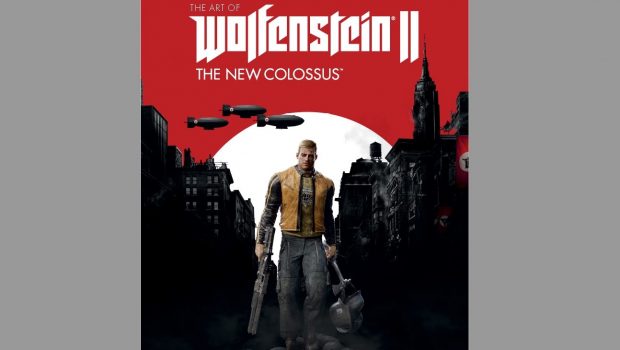 The Art Of Wolfenstein II The New Colossus Book Review

Summary: Wolfenstein has come a long way and now it seems the path it has taken has changed as has history.

I remember the first time I saw Wolfenstein 3D, I think it may have been during an AFL Grand Final (which may even have been VFL back then?) my brother and I went for a walk from our grandparents place and came across a small computer shop that had it running on one of their computers. We were amazed at the graphics and the realistic sound effects. There’s a pretty reasonable chance we came back and gushed about it to our dad but I’m not certain of that part. Since then of course we’ve had many iterations, Spear of Destiny then after a big gap there was Return to Castle Wolfenstein which brought it into the more modern look of FPS (a genre that Wolfenstein 3D is considered to have helped establish). Different developers and games came and went and finally Bethesda Softworks aquired the rights and gave us Wolfenstein: The New Order. But now we are faced with returning to the fray with B.J. Blazkowicz in Wolfenstein II The New Colossus. 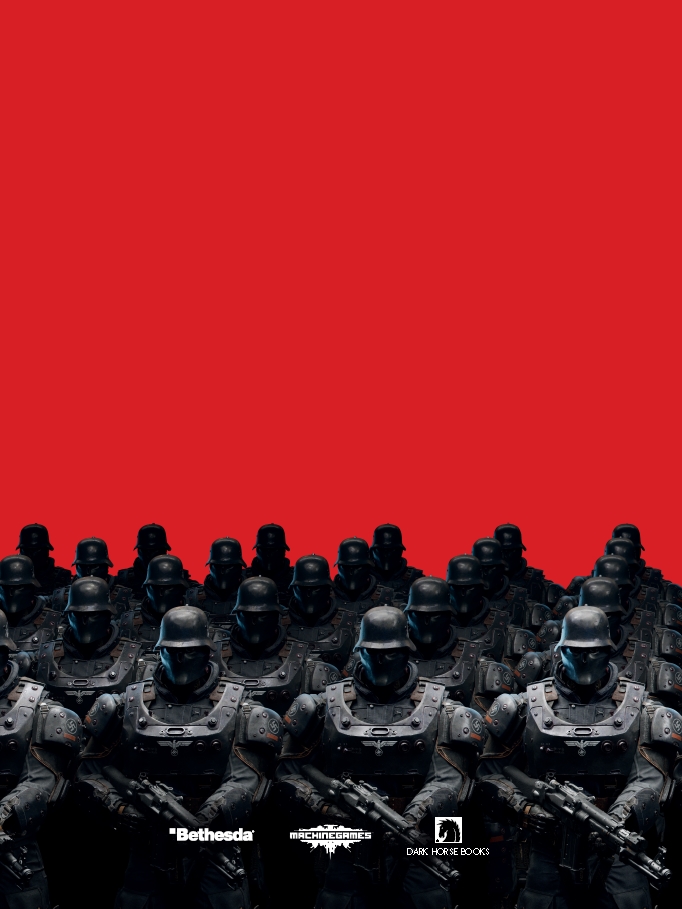 I’ve been fortunate enough to receive a number of art books now and most give a little blurb about each image or the origin of it etc. This is probably the first one that made me feel as though I had also read a story. There are certainly “behind the scenes” blurbs about how an image came about, what it was used for… but there are also little explanations of what scenes are, how they fit into the story and as a result you kind of get the feel for how things go from start to finish. With that in mind I would warn anyone wanting to play the game and not have any spoilers to perhaps get this, or at least go through it, after playing the game. 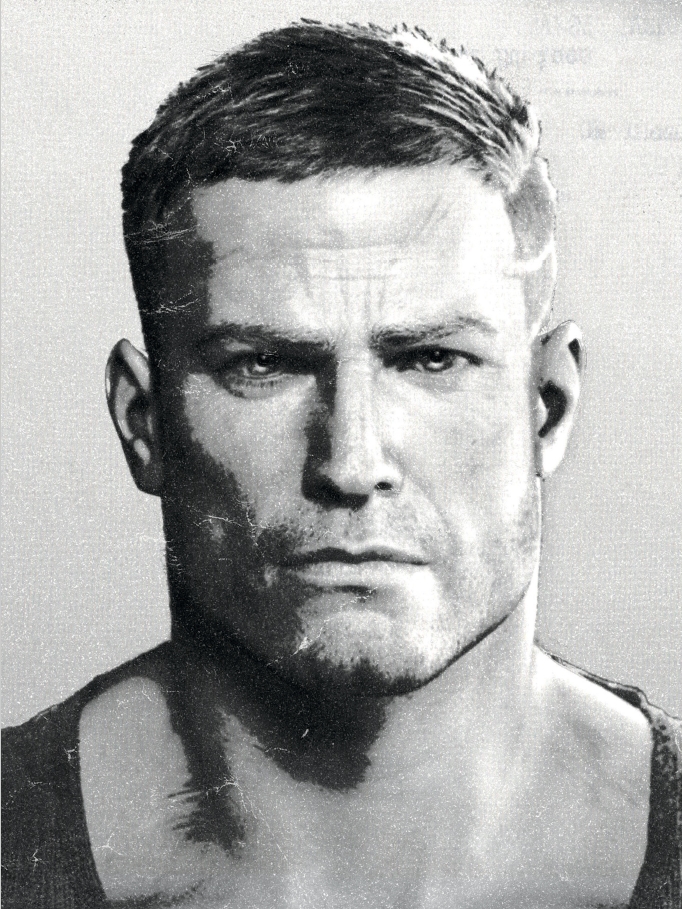 I’m always impressed with the art in these books and it wasn’t until this one that I thought someone should really organise an art exhibition. I can imagine ACMI or similar having a show “The Art of the Game” (or perhaps they have already and I’m out of touch). Set it up just like an art gallery and have the images displayed as they are in this book… little blurbs, maquettes on stands where possible. It would be quite the experience. 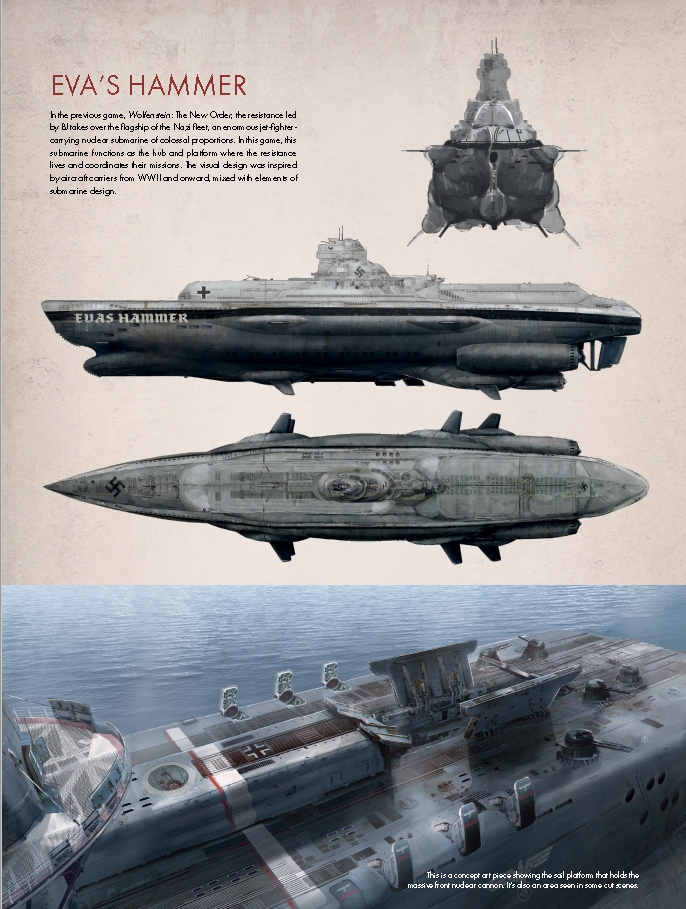 For those interested in game design, art design or just art in general this is a spectacular book for all those purposes and more. The detail contained with in and the step by step explanation of what they were trying to achieve and how they managed it is quite lovely. It must be quite the burden to have to develop a game world that has already existed in some form and expand upon it and in some cases slightly alter it. Having said that it must also be a bit of a thrill getting to play with such fun concepts as an America taken over by Nazi’s and what that would mean to the landscape and the people living in “occupied” America. 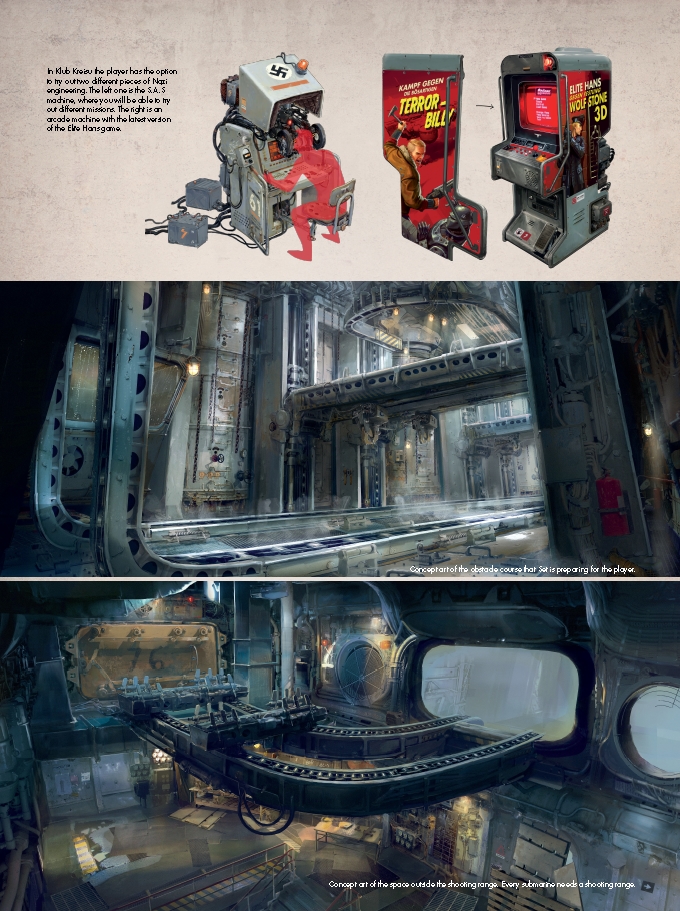 I don’t think I have once come across an art book I haven’t liked but this one may well sit on top of the list… it’s full of exceptional images and a fantastic running commentary that weaves it all together so cohesively that it feels as if you have just watched a film or played through the game (again spoilers are arguably scattered through out so avoid looking through the pages if you don’t want game experiences spoiled). I have no hesitation recommending this to fans of the series or as usual fans of art and game design. Bravo to all involved!