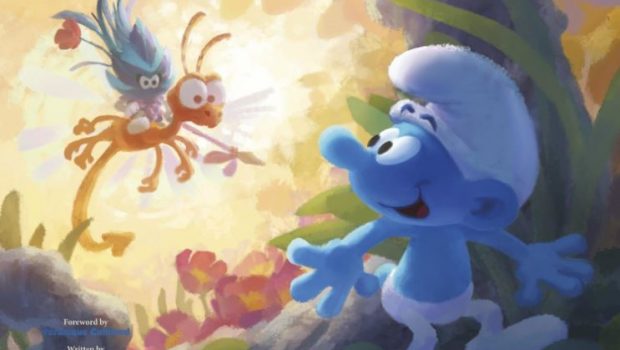 The Art of Smurfs the Lost Village Book Review

Summary: The Art of Smurfs the Lost Village Book is a very Smurfy read!

The Smurfs were originally created by Belgian artist Peyo (aka Pierre Culliford) in 1958 but what made them a worldwide sensation was the 1981 cartoon series. <INSERT LEGENDARY SMURF THEME> So as this amazing franchise grew, various mediums once again revisited these magical blue little forest creatures and in 2017, their latest film Smurfs the Lost Village is now on the big screen and this gorgeous tome from Titan Books, written by Tracey Miller-Zarneke explores the art behind the movie.

Featuring a foreword by Veronique Culliford who of course is the daughter of Peyo, she talks about being surrounded by these magical blue creatures as she grew up and how her father loved seeing his creatures evolve and would be very impressed by the technological advancements of the entertainment industry today.

Furthermore, the book is split into four main areas that include;

plus A Journey of Discovery, Colorscript (foldout), The end of the Journey, Acknowledgements and Colophon.

All in all, The Art of the Smurfs the Lost Village is around 160 pages in length. It’s filled with amazing images, interesting text and behind the scene elements which had me quite engulfed. Also, this book really celebrates the creation of this film that is complimented perfectly with the high quality paper stock.

In terms of content, the book discusses the themes and design directions of the film such as using the warm colour palette of the Smurf Village or how Peyo made each Smurf familiar yet different which translates to the film. It even explores the history of the Smurfs, including the “99” residents of the village and new Smurfs like … wait for it… Conspiracy Smurf! <Welcome to the 21st century Smurfs>

Another highlight of this book are the quotes from the various people working on this film such as the President of Sony Pictures Animation Kristine Belson who mentions the struggle of making the Smurfs relevant in our current culture, considering how innocent they are and that their creation was from a simpler time. Furthermore, you also see the transition from drawing to CGI and even though the computer animation is amazing, you still cannot beat the simplicity of the original drawings.

As expected, the book touches upon the main characters of the lore from the Smurfs such as Gargamel and Papa Smurf, including their history and creating these modern interpretations of these inter-generational and fictional characters. However what will draw you back to this book time and time again is the amazing images that include everything from sketches to paintings and amazing computer images which simply pop, especially with all the colours.

In conclusion, The Art of Smurfs the Lost Village is a beautiful accompaniment to the film which is a very interesting read that is filled with hundreds of images that will mesmerise you from the very first page. So even though Peyo is no longer with us, I’m sure he would be impressed from where his legacy has headed and in the end, this is a must have book for fans of the Smurfs.

There’s even a cute postcard right at the end of the book which is a fitting way to finish this amazing read. 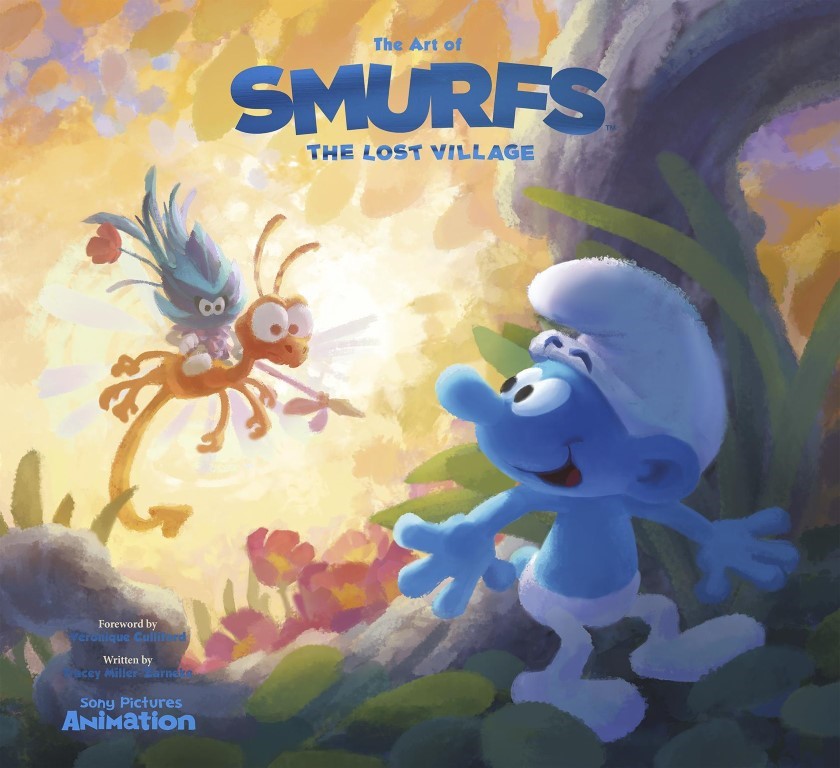