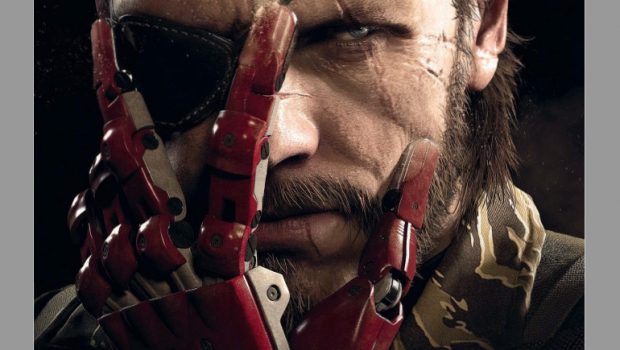 Summary: No need to hide in a box... there are some wonderful visuals to behold here.

My experience with Metal Gear Solid began with the Playstation title… I played it at my aunt’s place and subsequently got my own copy so I could play all the way through. I remember being quite impressed with the way your character left footsteps in the snow and the way that would then alert the guards… and of course the boxes!

The Art of Metal Gear Solid V takes us into that impressively realized world as more modern powerful graphics capabilities have enabled it to be rendered. 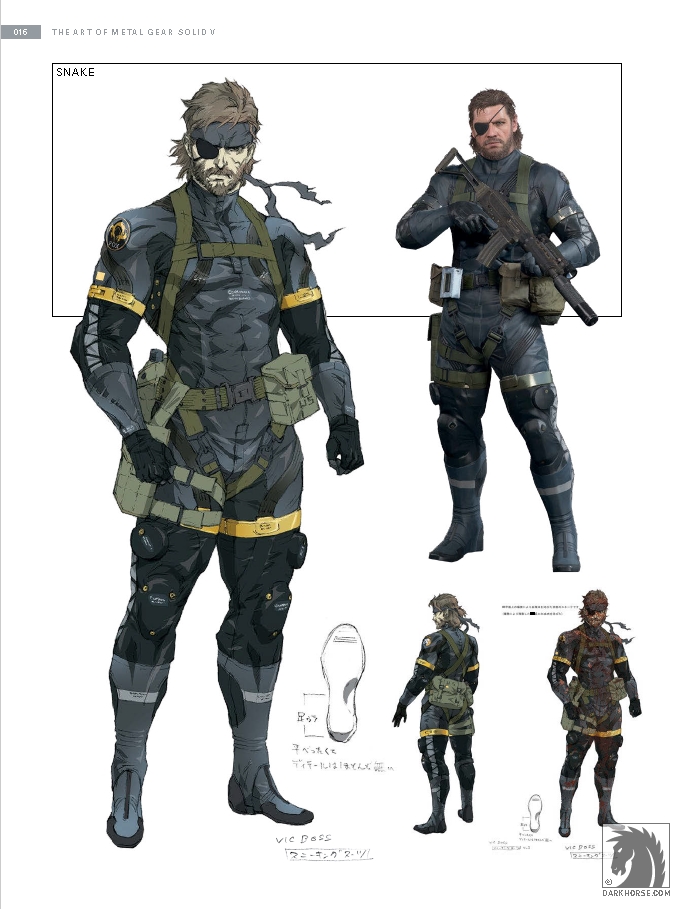 As with other Art books that I’ve had the pleasure of reviewing recently, we are first taken into the development stage… the developing of the characters, the locations and the tools and how they come about. As with most games these days and the fact they are often cinematic in nature, not surprisingly you could be forgiven for thinking this was a concept book for a new blockbuster film. The breakdown of character looks, costumes, facial scars and hair styles… all the little touches that build up to make unique digital people. The explanation that each task is approached with the notion of forming a backstory, considering the motivations, the experiences they have been through. Essentially each artist has to use the same process as a good actor to develop each person that we will encounter in the game. 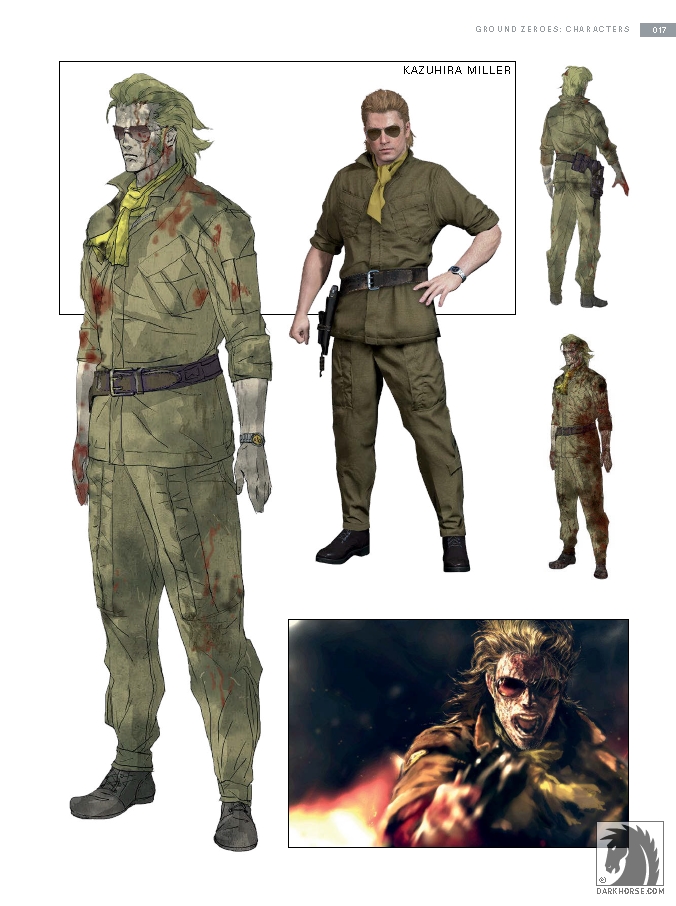 I am continually impressed at the level of detail the concept artists bring to everything… we get the full range here too from the rough sketches to the fleshing out, the selection of appropriate colour palettes to the placing the characters in the settings they will inhabit in game. These are the points where those comments about taking it all very seriously and really thinking about who the characters are pays off. Unlike games (and art books) like Battlefield 1 which have a direct real world source of material to draw from, Metal Gear takes the real world and expands upon it to take it into a science-fiction potential future. Modern technology gets pushed a few generations ahead to provide ideas for what may be used in combat situations in the future… obviously something that is a lot of fun for the artists (I would imagine) but also important for them to still retain a sense of believable technological progression. 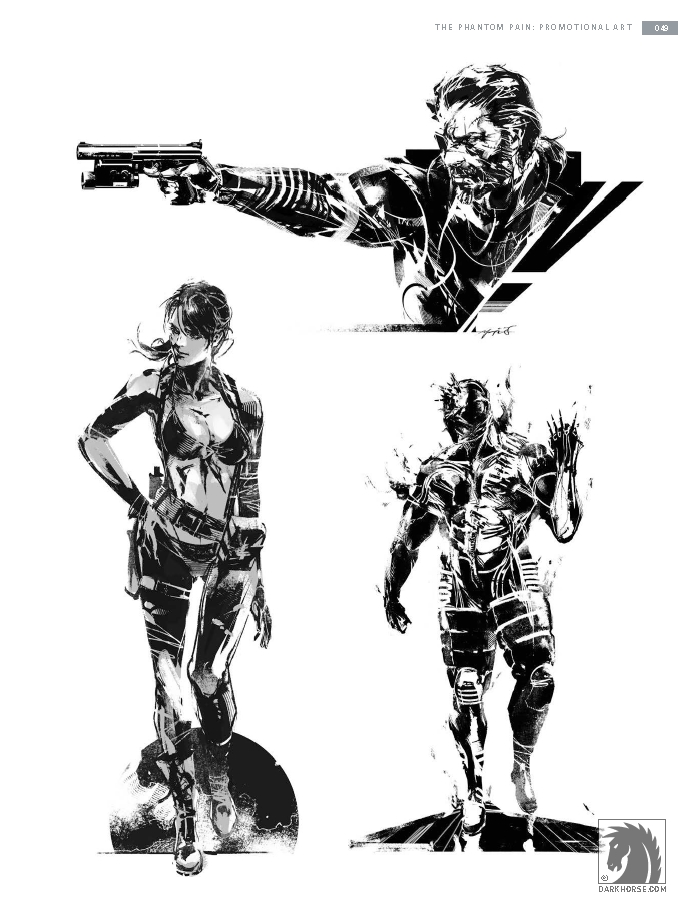 Art books like this are always fascinating and beautiful. We get to learn of the process and see the progression from early concepts to finished polished product and we get to see “mood” images… fully realized scenes that may or may not make it into the final game but no doubt, either way, help influence the final game in terms of visual impact and style. 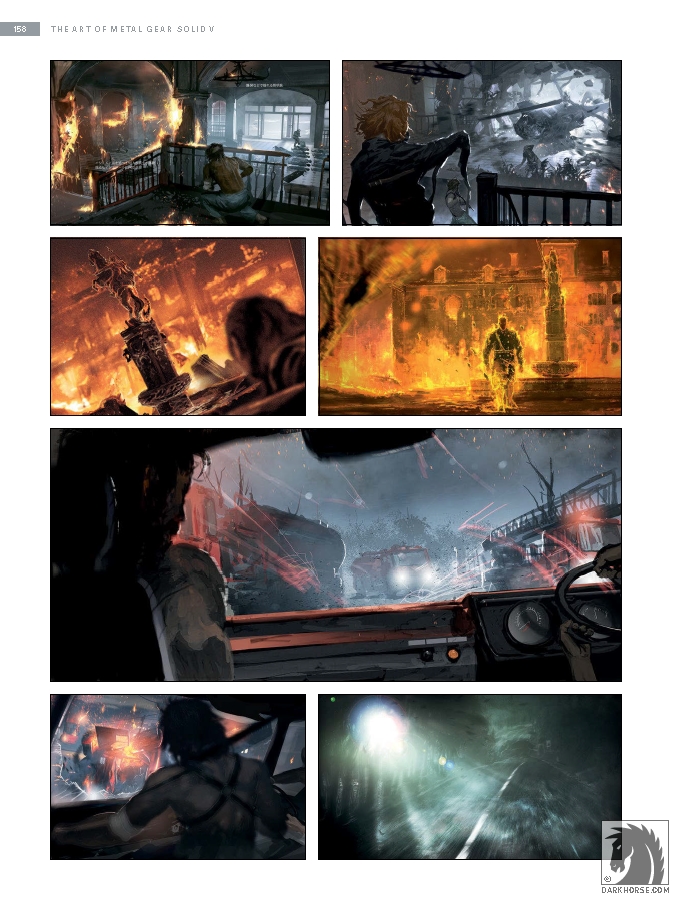 If you’ve loved the games then this is a great addition to your fan collection (including a page of box props!). If you love art… again there is a lot to love here. It helps to give an appreciation for why artists don’t always just paint what’s in front of them, but rather go beyond the obvious and really draw on a deeper understanding to produce something that has it’s only vitality.