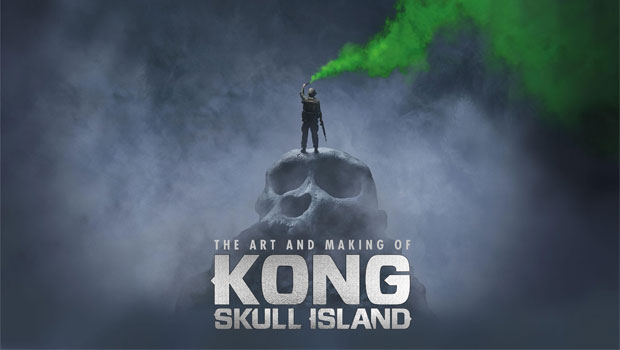 The Art and Making of Kong: Skull Island Book Review

Summary: The Art and Making of Kong: Skull Island takes you behind the scenes with stunning images and engaging text

Monsters are back in fashion with the legendary King Kong returning back to the silver screen in Kong: Skull Island that is directed by Jordan Vogt-Roberts and stars Tom Hiddleston, Samuel L. Jackson and Brie Larson. Sure, it may not be Oscar worthy in terms of its dramatic plot but nonetheless it made a fine popcorn film with plenty of over the top action that not only paid homage to the classic monster films of yesteryear but made it relatable to audiences in the 21st century. I also like how they set the film in the 70’s which added another twist to the story as the protector of Skull Island attempted to keep the primordial monster at bay, including meddlesome mankind. However when a group of scientists and American soldiers get involved, things become a little chaotic… for everyone. 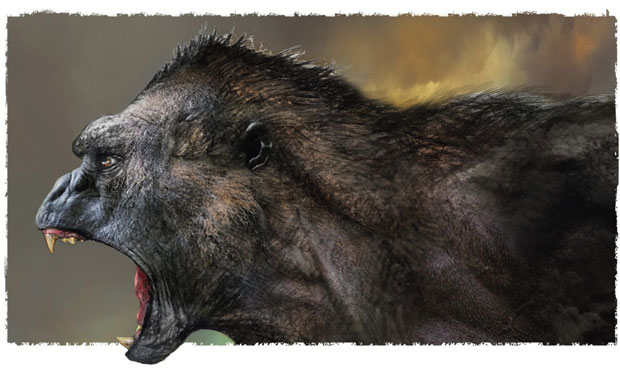 This hardcover book from Titan Books heavily focuses on the Art and Making of Kong: Skull Island and is written by Simon Ward. Even before opening the book, I knew I was in for a treat thanks to the powerful iconic cover showing an American soldier holding a green flare on the skull of one of Kong’s relatives and just above this image are the glaring eyes of the King himself. The book also features a foreword by director Jordan Vogt-Roberts who discusses his film career and how to create a new monster classic, especially focusing on the visuals to help bring the film to life. Then there is a section entitled A Cinema Icon Returns which goes into the cinematic history of King Kong which started in 1933 and how the film used the platform of a Vietnam movie, including its future links with Godzilla.

Jam packed with images from the film, illustrations and paintings, The Art and Making of Kong: Skull Island highlights the creation process well, especially with its information. The book itself is split into 17 different sections and an acknowledgements area which is almost like a timeline from the film itself. This includes;

Apart from the art and creation of Kong: Skull Island, this book showcases the main characters behind the story that include ex-SAS tracker James Conrad (Tom Hiddleston) and photographer Mason Weaver (Brie Larson). In terms of creation, the writer takes the viewer behind the scenes such as how the filming process took place in terms of arriving on ‘Skull  Island’, including computer graphics to help recreate this world. Visually, this is where the book shines because it brings this text to life thanks to the excellent images.

The section on Kong explains his motivations and that he is the last of his kind. I like the quotes in the book from the people involved such as Producer Thomas Tull who mentions that ‘we take the point of view that Kong is not simply a gorilla that grew up on Skull Island. Our idea is that King Kong is a different species and that allows you to take in different directions’. Furthermore, the creation of Kong is quite in-depth, including how they used 3D models to help analyse body proportions and the foldout pages really adds some light onto just how big this creature actually is.

Given that Skull Island has been disconnected from the mainland, so there are other giant animals that share this space with Kong, however it is the ones below that threaten the world itself. These are the skull crawlers which live beneath the world and it’s quite interesting to see the evolution of these monsters from drawings to paintings and then the final CGI creatures we saw on the big screen. I’m looking forward to see how Godzilla and hopefully future Kong films look into this. 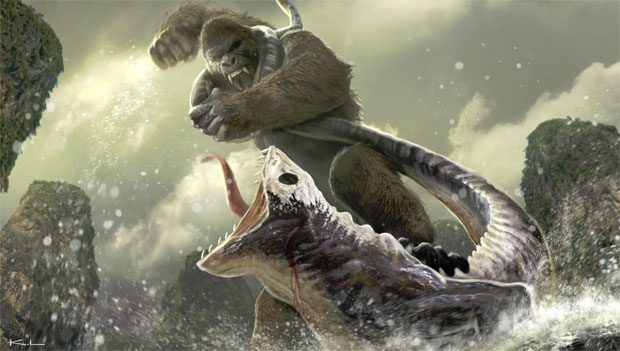 Compared to some other Art and Making books, this title adds an unexpected element with some unused scenes. This included the dead helix field from the Iwi village which helped keep these primordial monsters at bay with their deadly spikes to strange tigers that were not used, including a shanty village made up of the wrecks from around Skull Island. This section gives the reader a different twist on how the film may have gone and is quite interesting to see the preliminary sketches. All in all, there’s plenty of content in this book with extraordinary images to help. 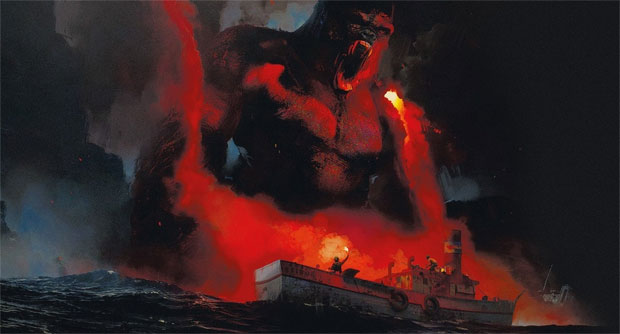 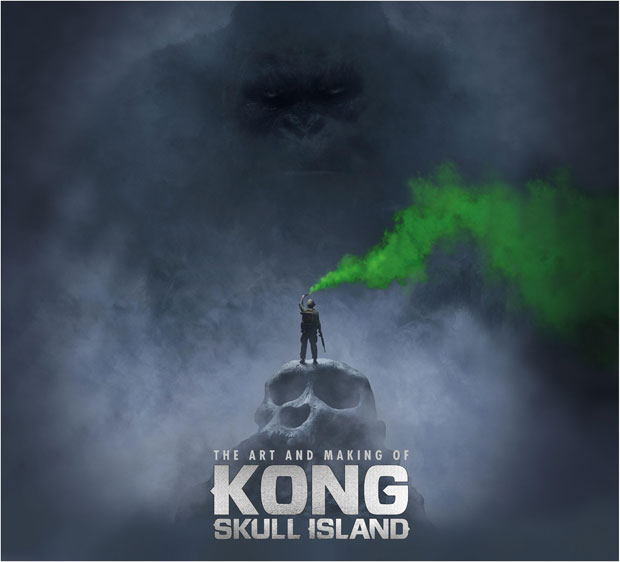