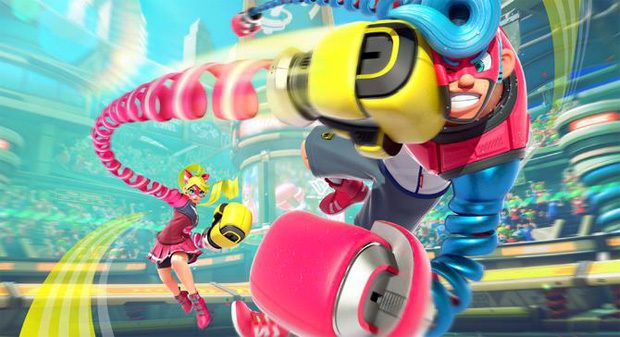 Summary: This motion-controlled fighting game packs a punch, but doesn’t pack much else.

ARMS – you’d be forgiven for thinking that Nintendo took the boxing game from Wii Sports, added original characters and sold it as a new game, but that’s only a surface level observation. There’s a lot more to see, and it’s worth taking a look at. ARMS is much more in-depth; it’s probably the most immersive display of motion-controlled, hand-to-hand combat we’ve seen in video games to date. 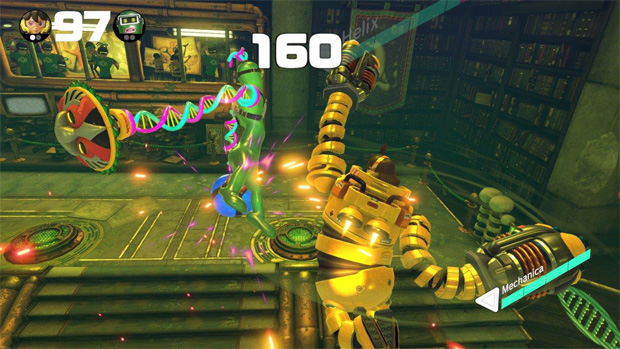 In a way that I can only describe as… ‘Nintendian’, gameplay is set apart from other boxing games. The ability to punch your opponent from the other side of the arena removes the close-combat appeal to create a fighting game that focuses on ranged attacks. In ARMS, motion controls aren’t a gimmick, it’s arguably a necessity. With your arms outstretched, the movement of your fists guides the direction of your long-distance punching. More than ever, boxing is about strategizing your moves, as accuracy and timing is the key to victory.

ARMS seems to be setting up a new franchise for Nintendo, just as Splatoon did in 2015. The best part about the game is easily its charm. A diverse selection of characters, and a collection of wacky arms to use (each with unique qualities) make finding your perfect combination a delight. While the likes of Spring Man and Ribbon Girl don’t yet compete with Nintendo’s established IPs, there’s little doubt that this game will produce fan favourite characters that we’ll get to see more of in the future. 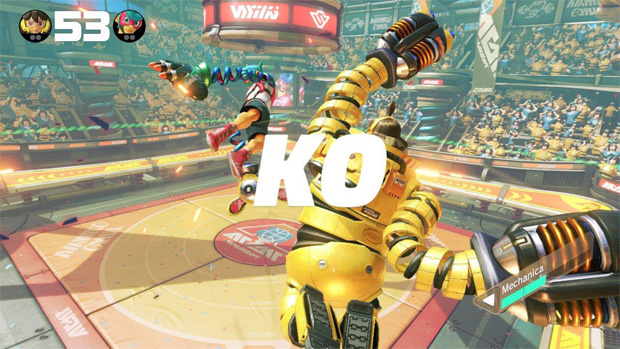 The ARMS universe is filled with colour and personality. There’s nothing to write home about in the graphics department, but the art direction sticks and the music is hum-worthy. My favourite thing is the cast of characters; they’re all unique and have strong personalities that play into their fighting style. Simply put, the characters are diverse and fun!

The Nintendo Switch offers a lot of different ways to play games, and ARMS is a fantastic demonstration of that. The big selling point is obviously the motion-controlled fighting with the detached Joy-Con controllers, which is accurate and easy enough to control with practice. It certainly bests any other attempt at a motion-controlled fighting game ever made for the Wii or Wii U. 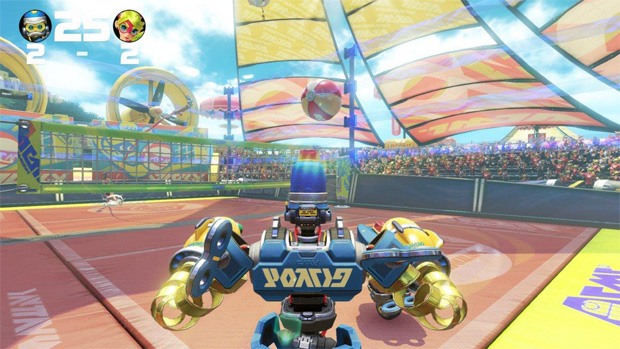 But it’s arguable that traditional controls are simply the ultimate way to play any game, and ARMS offers solutions for players who believe in that adage. Playing in handheld mode, with the Joy-Con Grip or with the Pro Controller grants players full control of the game without having to swing their arms around like a lunatic. Traditional button inputs aren’t mapped out quite as you would expect. The shoulder buttons are assigned to throw punches from either your left or right. Nevertheless it’s easy to adapt and beat the competition.

I can see a lot of potential in ARMS as a competitive fighting game. For a casual audience, I don’t think there’s enough substance to keep players invested in it. As the game sits right now, it is solid- but much like Splatoon in its early days, the base game is lacking in content and variety. Setting aside the main mode, the very few mini-games are small and fleeting, leaving the majority of the game extremely repetitive- which fails to capture interest. You can play punch-focused mini-game renditions of Volleyball or Basketball, but the controls clearly aren’t made for it. 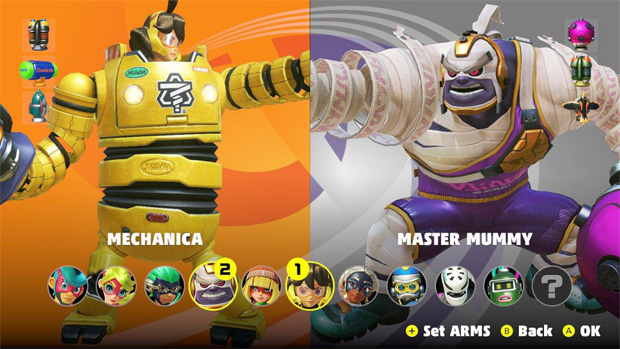 Your main options are to a.) Grind through the Grand Prix a good hundred times (at each skill level for each character) if you’re a completionist with an insane attention span, or b.) Compete in versus matches until the end of time. Perhaps a story-driven campaign, as Splatoon had, could have given players extra motivation to keep playing, and even play other modes in-between to hone their skills for a particularly hard boss. This might happen in game updates in the future, but in the meantime, ARMS doesn’t offer longevity.’

I had a lot of fun playing the game in small bursts at a time, but it’s hard to keep invested when all I’m doing is beating someone up for each and every round. Let’s hope that ARMS will continue the path that Splatoon laid before it by giving players new content and new things to do via free game updates. I really hope so, because I really want to see this game in a more fleshed out form!