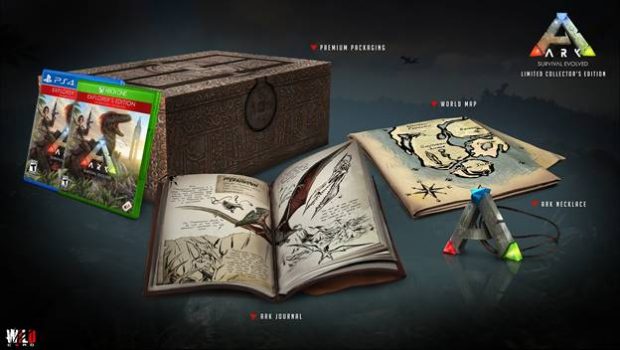 Sydney, Australia – July 20, 2017 – ARK: Survival Evolved is on the cusp of leaving its Early Access development and will hit full 1.0 release on August 8 for PlayStation 4, Xbox One! In anticipation of this milestone, developer Studio Wildcard is sharing some key news regarding servers and the upcoming Ragnarok content! First, Studio Wildcard reconfirmed its commitment to no server wipe – despite a recent rash of cheating and hacking within the game. In addition to continuing to operate the legacy servers, on launch date the studio will roll out a fresh cluster network of servers running new code and infrastructure explicitly designed to prevent such issues from occurring in the future.

Second, the third official mod for ARK, ‘Ragnarok’, will roll out to both PlayStation 4 and Xbox One players on launch day. This massive map is free to download for all players, featuring a Griffon and a beautiful new environment. PC players can expect Ragnarok to receive a large update this week with new areas to explore and a whole bunch of bug fixes and QOL changes.

Lastly, on launch day Wildcard will have support for private rentable dedicated servers made available via hosting company Nitrado for both Xbox One and PlayStation 4 players! These servers will be available at a very low price, to make them available to as many ARK denizens as possible.

These rentable servers will feature –

ARK: Survival Evolved is currently available for retail pre-order, Australian customers should visit EB Games in Australia or JB Hi-FI to place a pre-order. Details on each edition of the game are below.

ARK: Survival Evolved will launch worldwide in retail stores and on digital platforms on August 8, 2017, for PlayStation®4, Xbox One and Steam PC. ARK: Survival Evolved is rated “MA 15+ ” for Strong themes and violence, online interactivity by the Australian Classification Board.