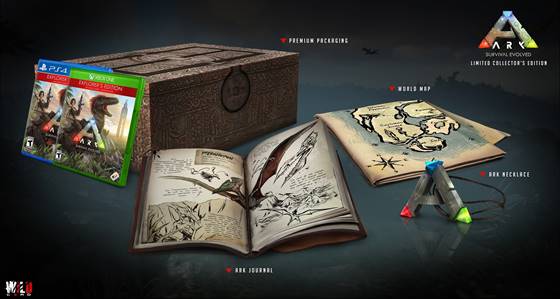 Sydney, AUSTRALIA – August 1, 2017 –  Studio Wildcard announced that it has passed full certification for its dinosaur survival-adventure game ARK: Survival Evolved and will be shipping its full release on 29th August.

“The evolution of ARK has taken a 2-year journey through early access, and the full version will demonstrate that the extra time in development was put to good use,” said Doug Kennedy, CEO and Co-Founder Studio Wildcard. “We spent the extra time squashing bugs, improving performance, enhancing the single player experience and delivering the end-game content that will reveal the full story of ARK. We’re excited to finally get it into the hands of survivors everywhere!”

Pre-orders for ARK: Survival Evolved have been extended, which gives superfans a chance to order the base game, or the content-and-bonus-packed special editions. To get their hands on a copy of the game, Australian customers should visit EB Games or JB Hi-Fi.