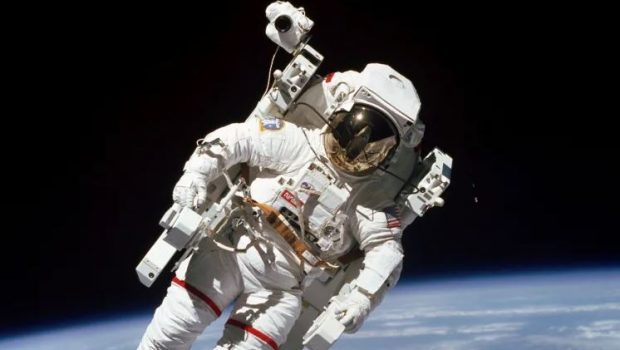 Are You Suited to Space? Take the Astronaut Aptitude Test to Find Out

Do you have what it takes to stay in the zone in zero gravity, problem-solve in high-pressure scenarios or keep your cool in the cosmos? Now you can prove it with Astronaut Aptitude Test, a new quiz that determines your true planetary potential…

Using official NASA requirements and psychological tests, the quiz assesses your physicality, personality and IQ, before assigning you a rating based on how likely you are to be accepted as an Astronaut Candidate. Astronaut Aptitude Test provides a unique insight into what NASA’s selective screening process and what the ideal Astronaut Candidate really looks like.

The 15 questions test your ability to understand abstract concepts, your mechanical comprehension, spatial visualisation, IQ, space knowledge and problem-solving capacity to see if you’ve got what NASA is looking for. As well as an overall verdict, you’ll be rated in each of these areas to see what you need to improve.

As well as written questions evaluating your lifestyle, disposition and essential skills, the quiz includes visual puzzles, based on the real psychological exams first utilised by NASA during their 1959 Mercury Seven selection program.

The comprehensive quiz also includes facts and trivia about Earth, NASA and space to further your planet proficiency.

For example, did you know that astronauts can become two inches taller after returning from space due to gravity, or that a solar day on Mercury is the equivalent to 176 days on Earth?
The detailed research also reveals that NASA’s ideal candidate needs to work well in a team, respond well to stress and be able to take charge where required, but also know how to follow instructions from Mission Control.

If you don’t meet NASA’s stringent education and personality requirements, you risk being branded a knowledge blackhole. A low score in spatial visualisation and abstract reasoning could end with you being commended for your efforts, while answering trivia correctly and solving visual puzzles means you’re ready for take off.

NASA received 18,300 applications in 2017 and only selected 12 candidates for training. Astronaut Aptitude Test will reveal whether you’ve got what it takes to join the 338 astronauts recruited since the program began in 1959, or whether you’re better keeping your feet on the ground.

To find out whether you’re suited to space or if you’re galactically grounded, undertake the test below.

The quiz is released in the run-up to the 50th anniversary of the Apollo Moon Landing on July 20th, and to commemorate the US and Japan’s recent agreement to further cooperation towards space exploration following a joint press conference on May 27th.