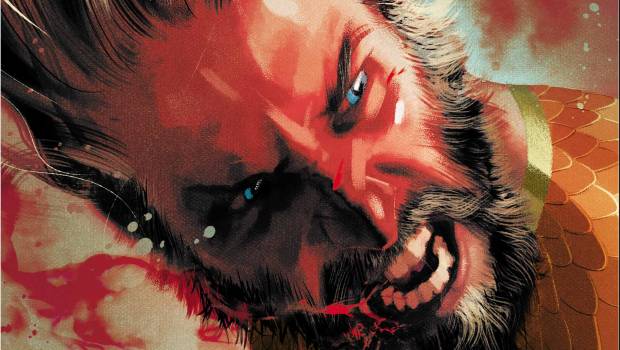 Summary: Aquaman and the Resistance devise a plan to overthrow King Rath.

Atlantis is in all out civil war and the mad King Rath is being consumed by the Abyssal Dark powers. The only thing that can stop King Rath is Aquaman and the resistance fighters that have banded together. In Issue #36, Aquaman has devised a plan to stop the King, but this requires him to work with the backstabbing friend, Commander Murk. The two butt heads over how to handle the King; Murk wants to assassinate the King to put an end to all the madness, while Arthur Curry wants him to stand trial for his transgressions. As much as I do not like Commander Murk, I do have to say his plan would probably be best for Atlantis, but you know… Justice, right? However, those plans are easier said than done as they are unaware of how powerful King Rath has become. 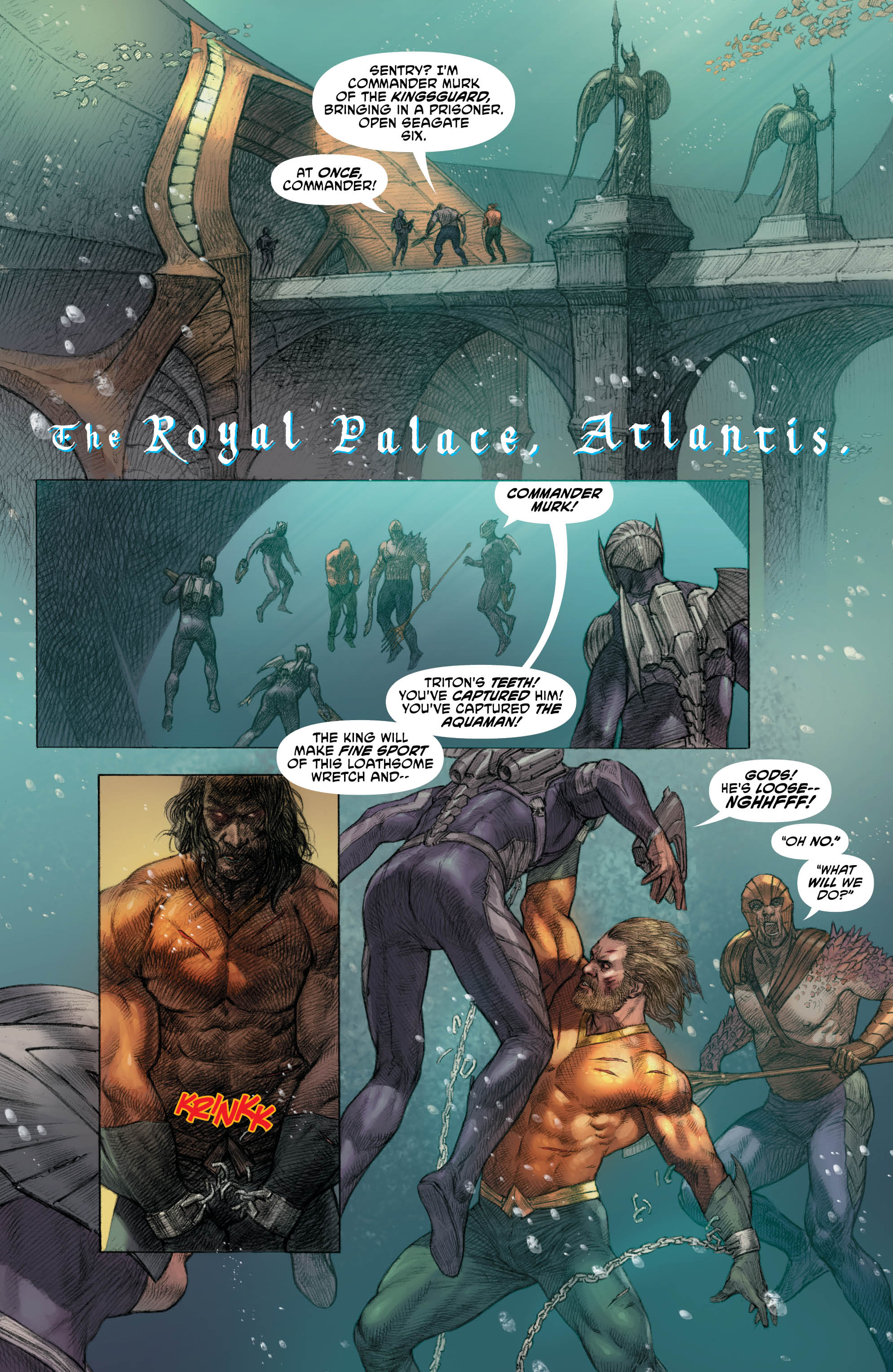 This is the second issue to the Kingslayer storyline by Dan Abnett and this issue felt more fluid than part one. I felt like Abnett is really giving this series a great push and has been able to captivate me into a hero I have not really given much thought to in all my years of reading DC Comics. To me, that was a feat in itself and though I won’t say I’m “hooked” yet, pun intended, I will say I will be keeping a close eye on this series. I was on the fence when given this issue to review but I am looking forward to seeing what Abnett gives us next. 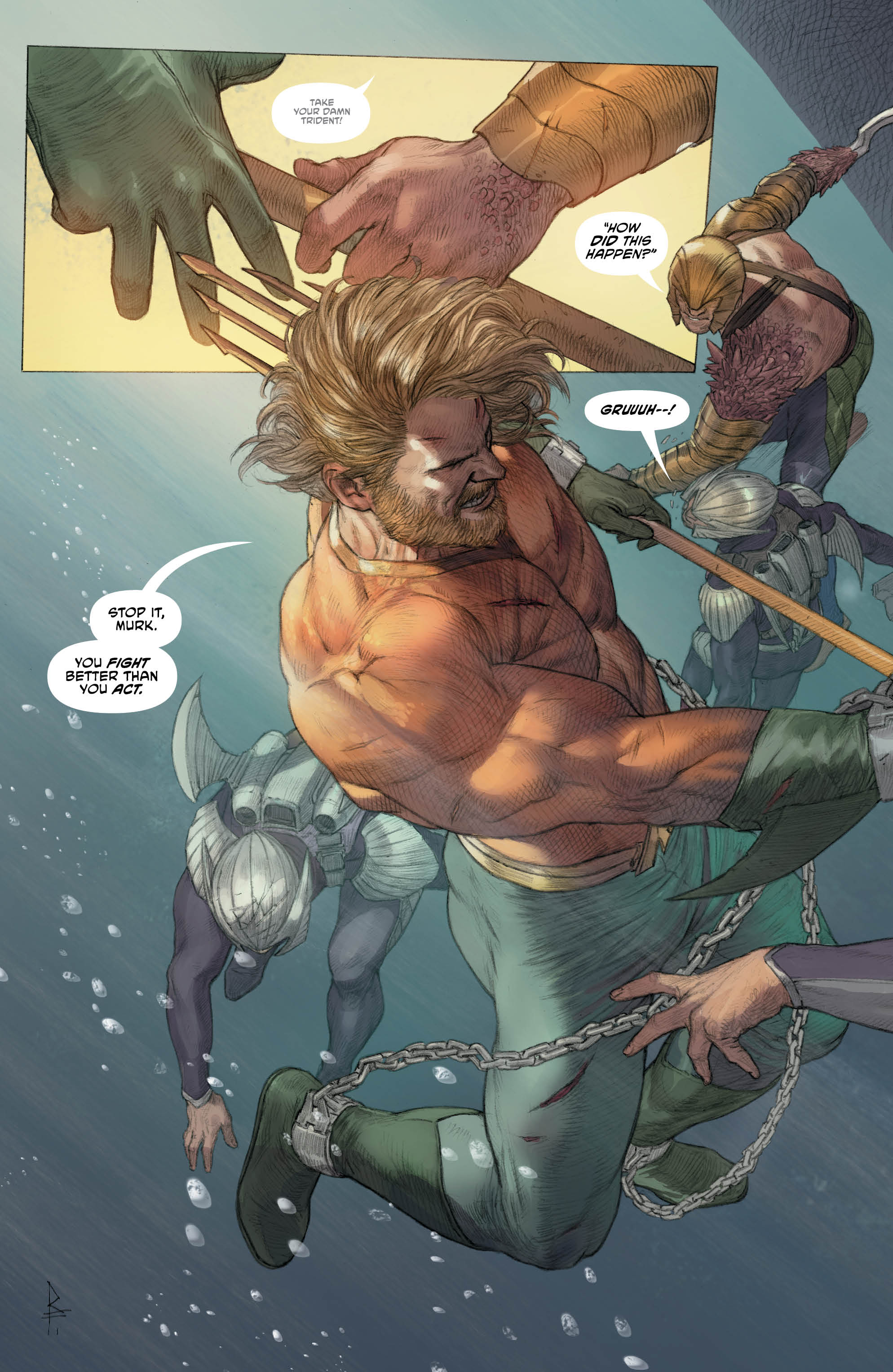 Riccardo Federici absolutely delivers with the art in this issue. I thought to myself how they could make this comic look beautiful while telling a story underwater and Federici does it with beauty and great detail. I must also admit I love Aquaman’s current look. The long hair and beard make Aquaman look like he just stepped out off a metal album cover and that’s a big plus for me. It’s a much better look than the clean cut Aquaman they gave us in the New 52. Nothing looks more majestic than Arthur Curry’s luscious locks of fury flowing with a life of its own in battle whilst wielding his trident of doom. 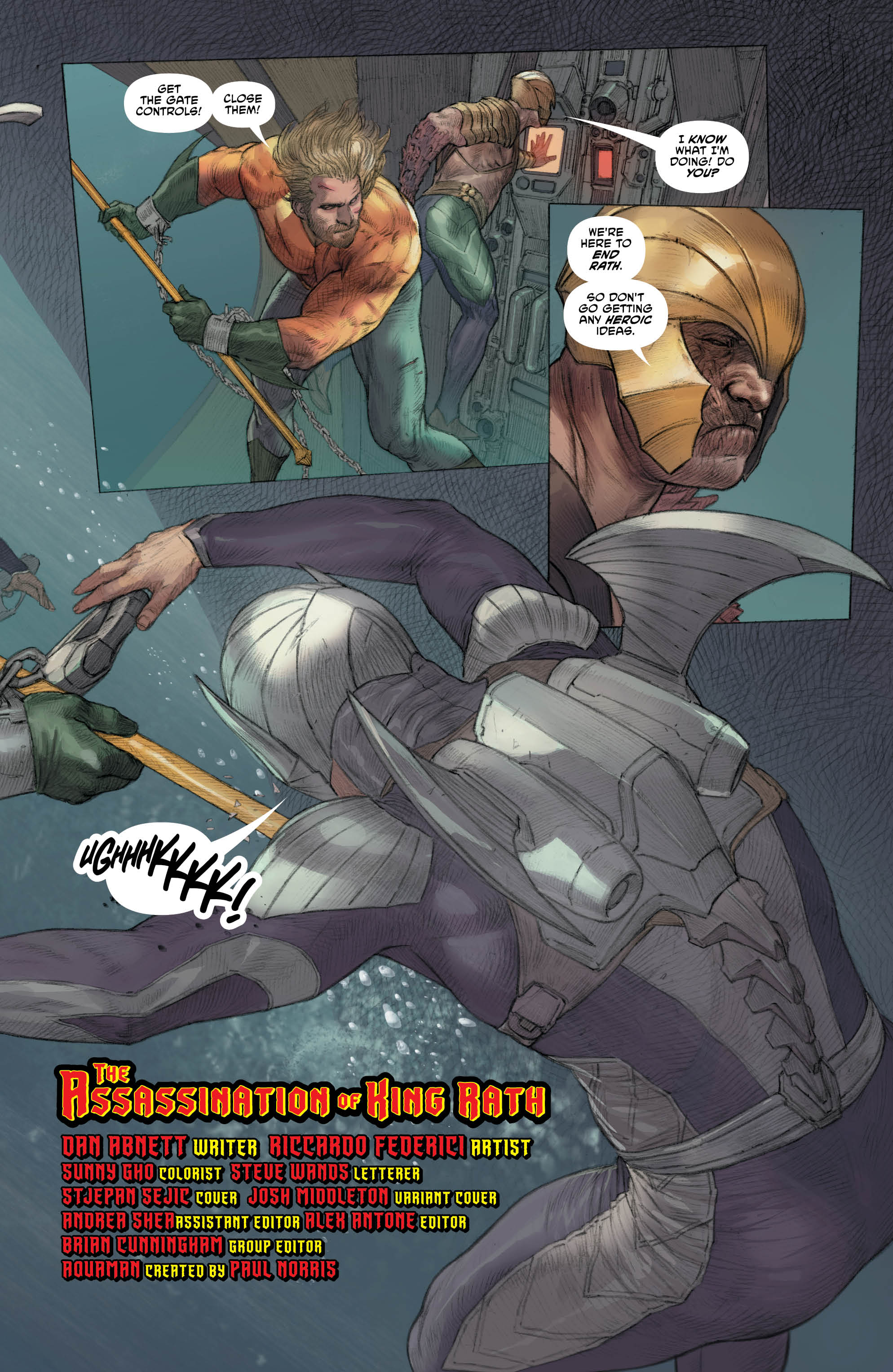 My final thoughts for this issue was that it really has potential to “reel” (pun) in a fan with this reader. The story was enough to grab my attention and build excitement.I’m giving this issue 4 out of 5 stars and look forward to my aquatic adventures with Aquaman.  If you’ve been thinking about trying Aquaman, I would say pick up this issue – along with the previous one – and give it a try. If you are already a fan of Aquaman, then why are you still here? Go get your copy today. 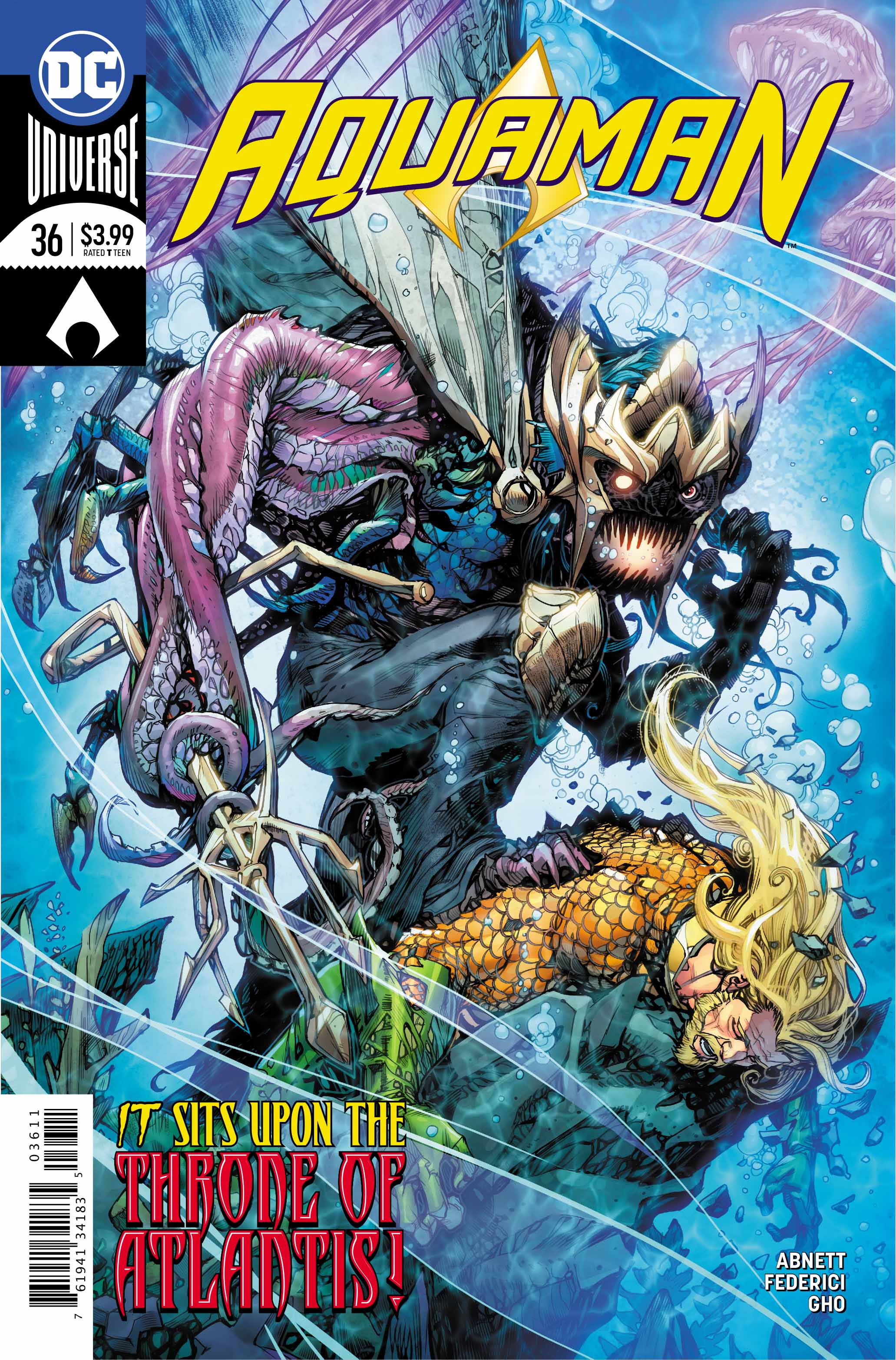 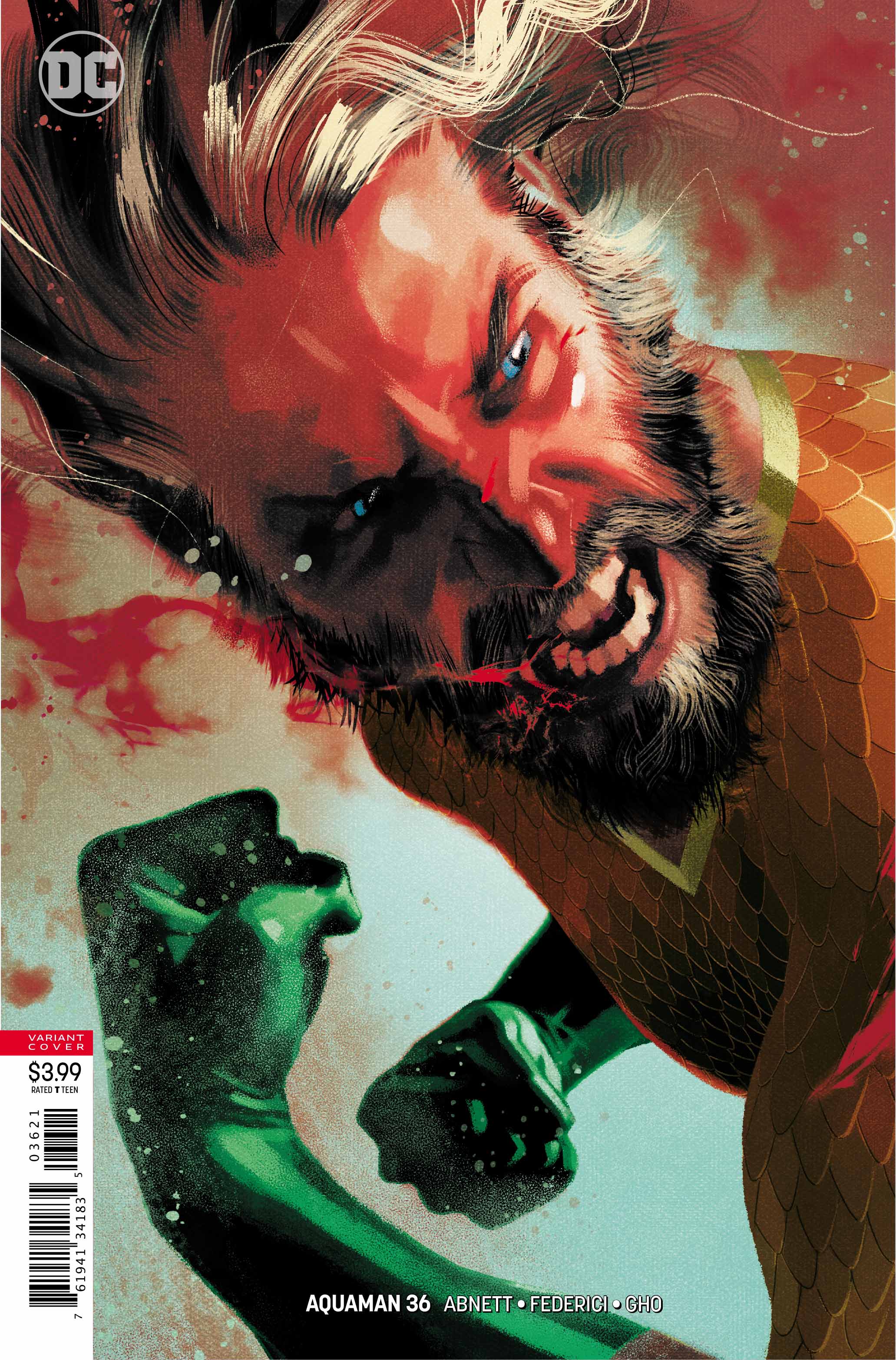