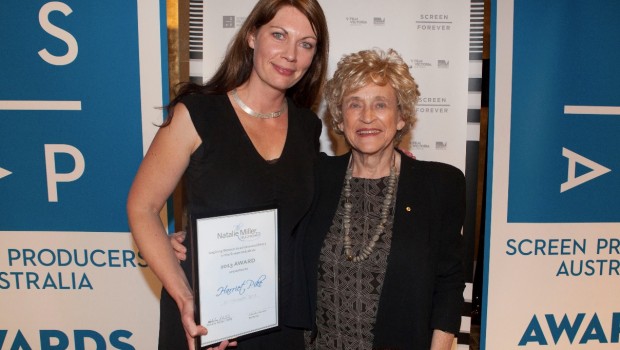 Submissions can be made via http://nataliemillerfellowship.com/apply/

The $10,000 grant is open to all women working in the Australian screen industries and it is the only grant of its kind in the country.  The principles of the Fellowship have the support of some of Australia’s most esteemed female professionals, including The Natalie Miller Fellowship Patrons Claudia Karvan, Carol Schwartz AM and Ambassadors Kerry Gardner and Ricci Swart.

Founded in 2011 The Natalie Miller Fellowship (NMF) was created to recognise and nurture the next generation of female leaders in the Australian screen industry and inspire them to achieve outstanding success at the most senior levels of the business.

Distributors, exhibitors, producers, businesswomen, entrepreneurs and other screen industry professionals are encouraged to apply for financial assistance in pursuing professional development. Proposals should outline how the grant would assist the applicant to reach their full leadership potential and benefit the wider screen community.

Past recipients who have represented The NMF’s vision to develop, inspire and provide leadership include 2014’s winner Rebecca Hammond (from Deluxe Australia) and 2013’s Harriet Pike (WildBear Entertainment, Head of Production & Development). Rachel Okine, who received the 2012 grant, was profiled by The Hollywood Reporter as one of twenty young film executives to watch in the Asia-Pacific region.  Following her 2012 win, Rachel’s career has been further distinguished by her recent appointment as Vice President, International Production and Acquisitions at StudioCanal in Paris.

“It’s from initiatives such as The NMF that women in our profession find support and encouragement to continually improve and build on their skills,” comments Okine. “It’s fantastic to have a platform to build business networks, something that traditionally languishes for women in our industry, but the NMF unites many women from across Australia both for recognition and support.”

Natalie Miller is one of the screen community’s most admired and accomplished leaders and the inspiration for the Fellowship. Natalie commented that “it’s great to see the building enthusiasm and progression of women within the industry.  Rachel Okine is just one example of the importance of women having the confidence to take the next step on the organisation ladder.  The Fellowship is helping this trajectory and its efforts and activities are paying off.”

All applications for The Natalie Miller Fellowship must be received by close of business on 14 August 2015 with the recipient announcement in mid-October at the 2015 Australian International Movie Convention.

* Applications for script development or production investment are not eligible.

For all media enquiries about the Natalie Miller Fellowship, contact: