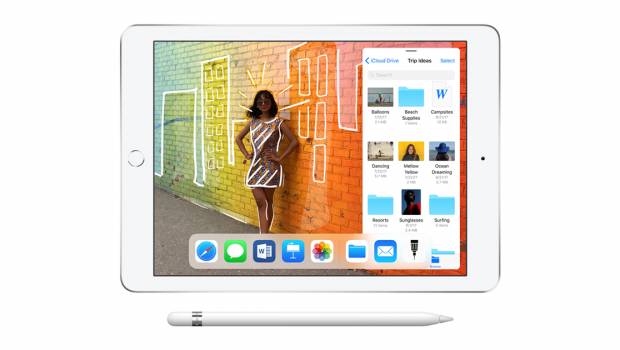 Featuring Even Greater Performance and Designed for Powerful AR Apps, Starting at RRP A$469 inc. GST
CHICAGO — 28 March, 2018 — Apple® today updated its most popular iPad® with support for Apple Pencil® plus even greater performance, starting at RRP A$469 inc. GST. The new 9.7-inch iPad and Apple Pencil give users the ability to be even more creative and productive, from sketching ideas and jotting down handwritten notes to marking up screenshots. The new iPad is more versatile and capable than ever, features a large Retina® display, the A10 Fusion chip and advanced sensors that help deliver immersive augmented reality, and provides unmatched portability, ease of use and all-day battery life.1
“iPad is our vision for the future of computing and hundreds of millions of people around the world use it every day at work, in school and for play. This new 9.7-inch iPad takes everything people love about our most popular iPad and makes it even better for inspiring creativity and learning,” said Greg Joswiak, Apple’s vice president of Product Marketing. “Our most popular and affordable iPad now includes support for Apple Pencil, bringing the advanced capabilities of one of our most creative tools to even more users. This iPad also has the power of the A10 Fusion chip, combined with the big, beautiful Retina display, advanced cameras and sensors that enable incredible AR experiences simply not possible on other devices.”
iPad’s beautiful 9.7-inch Retina display delivers gorgeous detail and vivid colours, and features a higher-resolution touch sensor that enables Apple Pencil support. First introduced for iPad Pro®, Apple Pencil has become a popular and versatile tool among students, professionals and creatives and is now available to even more customers.
Apple Pencil delivers a remarkably fluid and natural drawing experience. Advanced sensors measure both pressure and tilt, and provide pixel-perfect accuracy and low latency for activities from note taking to illustration in apps like Notability, Pages®, Numbers®, Keynote® and Microsoft Office. iPad’s palm rejection technology even makes it possible to rest your hand on the screen while you use Apple Pencil.
The new iPad features the Apple-designed A10 Fusion chip with 64‑bit desktop-class architecture, delivering 40 percent faster CPU and 50 percent faster graphics performance for seamless multitasking and graphics-intensive apps.2 The front- and rear-facing cameras offer exceptional low-light performance and HD video recording for document scanning, moviemaking and FaceTime® calls.
The new iPad is a stunning, large viewfinder for immersive AR experiences. Its Retina display, powerful chip, enhanced cameras and advanced sensors, including a gyroscope and accelerometer for accurate motion tracking, are designed to support the next generation of AR apps.Built for durability and mobility, the new 9.7-inch iPad features an aluminium unibody construction and ultrafast wireless that can deliver two times faster cellular data connections, so it is even easier to stay connected anywhere.3 With Apple SIM, customers can connect to wireless data plans right from their device when traveling in more than 180 countries and regions.4
iOS 11 introduces powerful new features for iPad. The Dock provides quick access to frequently used apps and documents from any screen, and makes it easier to multitask with Split View and Slide Over. Drag and Drop makes moving images, text and files between apps easier than ever. Apple Pencil is more deeply integrated into iPad with support for inline drawing. The Files app provides a central place to access and organise files no matter where they are located — on iPad or in the cloud with built-in support for iCloud Drive® and providers like Box, Dropbox and others.
Pricing and Availability
— iPad comes in silver, space grey and a new gold finish and starts at an Apple retail price of RRP A$469 inc. GST for the 32GB with Wi-Fi model and RRP A$669 inc. GST for the 32GB Wi-Fi + Cellular model at apple.com/au and Apple Stores. It is also available through Apple Authorised Resellers and select carriers (prices may vary). For more information, please visit apple.com/au/ipad.
— Apple Pencil is available for purchase separately for RRP A$145 inc. GST.
— Schools can purchase iPad starting at RRP A$439 inc. GST and Apple Pencil for RRP A$129 inc. GST.
— iPad is available to order today and starts delivering to customers and arriving in stores later this week in more than 25 countries and regions: Australia, Austria, Belgium, Canada, China, Czech Republic, Denmark, Finland, France, Germany, Hong Kong, Hungary, Ireland, Italy, Japan, Luxembourg, Netherlands, New Zealand, Norway, Poland, Portugal, Singapore, Spain, Sweden, Switzerland, UAE, the UK and the US. India, Russia, Thailand, Turkey and other countries and regions will follow in April, with South Korea and other countries and regions following in May.
— Smart Covers for iPad are available for RRP A$59 inc. GST in charcoal grey, midnight blue, (RED), white and pink sand at apple.com/au and Apple Stores.
— Every customer who buys iPad from Apple will be offered free Personal Setup, in-store or online, to help them set up email and iMessage®, download apps from the App Store® and more.
— Anyone who wants to start with the basics or go further with their new iPad can sign up for free Today at Apple℠ sessions at apple.com/au/today.
(1) Battery life depends on device settings, usage and other factors. Actual results may vary.
(2) When compared to the previous 9.7-inch iPad.
(3) Network speeds are dependent on carrier networks.
(4) Not all carriers support Apple SIM. See your carrier for details. Not available in China.
Apple revolutionised personal technology with the introduction of the Macintosh in 1984. Today, Apple leads the world in innovation with iPhone, iPad, Mac, Apple Watch and Apple TV. Apple’s four software platforms — iOS, macOS, watchOS and tvOS — provide seamless experiences across all Apple devices and empower people with breakthrough services including the App Store, Apple Music, Apple Pay and iCloud. Apple’s more than 100,000 employees are dedicated to making the best products on earth, and to leaving the world better than we found it. 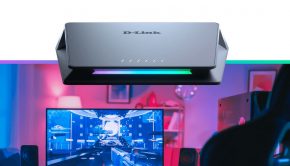 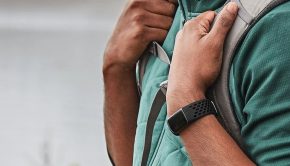