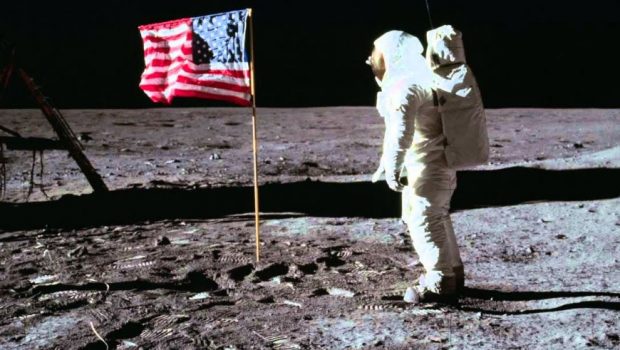 The documentary Apollo 11 is a major advancement in restoring archival footage. The film’s director, Todd Douglas Miller, has taken the existing footage of the 1969 Moon landing and radically improved the content’s sound and visuals. Even those who remember the original footage of Neil Armstrong and Buzz Aldrin landing the Apollo Lunar Module on the Moon will appreciate the heightened quality on display.

The images are so crisp and possess such clarity that one might initially think that the footage has been re-shot with modern cameras. The result of the restoration is that one of the most famous moments in history has been preserved and reinvigorated through computer technology.

There is a powerful story behind the development of this documentary. Miller, who has previous made feature films in IMAX format for science centres and museums, intended to collect and edit existing footage of the space mission with help from NASA and the National Archives and Records Administration (NARA).

However, those working at NARA discovered unprocessed 65mm footage of the launch and eleven thousand hours of audio recordings. The audio belonged to more than sixty mission personnel. To increase its quality, the 65mm footage was digitised and the 16mm and 35mm content was scanned by the New York post-production house Final Frame. The company’s goal was to completely restore the footage and drastically increase its resolution.

It was also important to expand the footage to its original format. Some of the 35mm footage was cropped but has now been enhanced and widened. Regarding the cropping, the film’s historical consultant, Robert Pearlman, said, ‘we’re seeing a much wider view than ever before. We have a fuller record of what was filmed, in the widest format and highest definition possible’.

While watching Apollo 11, the enhancements are certainly visible due to the clarity of the images of the launch and the landing mission. The audio recordings have been restored too. Although when seeing the archival footage the radio banter remains distorted and sometimes difficult to hear. 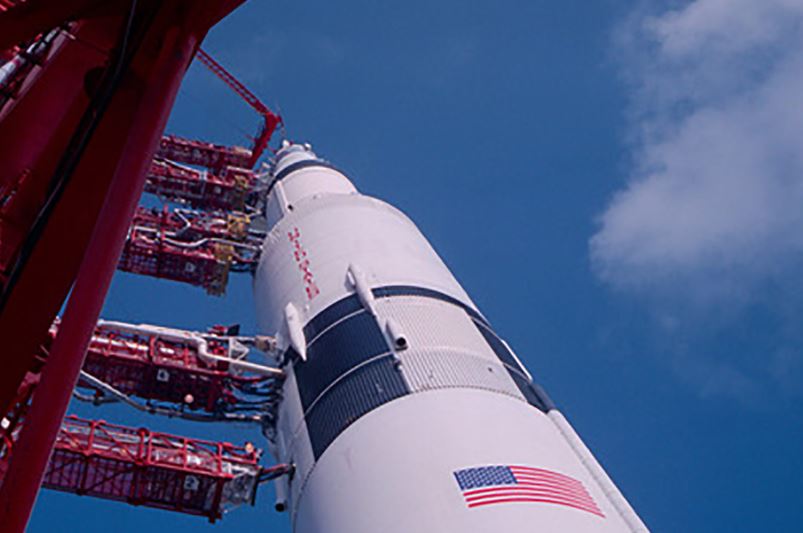 The muffled audio provides the content with a degree of verisimilitude as opposed to the images being accompanied by completely clear sound. Some of the tracks were apparently unreleased too, such as the flight director’s loop and the voices from the Mission Control. These tracks have been appropriately synced with the images for the first time.

What is consistent and effective about this documentary is the directness of the filmic style. Miller has resisted including direct interviews to explain the undertakings of the landing. Instead, Apollo 11 is an audio-visual experience or ‘pure cinema’. The content strictly includes images and the audio recordings, which creates the most immersive feel for reliving the event.

The effect is a highly visceral and authentic experience. Despite knowing the outcome of the mission, Apollo 11 is surprisingly tense. The tension is attributable to some simple on-screen graphics dramatising the action, including the transposition, docking and extraction manoeuvre and the Saturn V rocket orbiting the Earth to gain speed. The on-screen timers show the speed of the rocket and the changing fuel levels, which adds to the tension.

However, the film is predominantly about the power of using existing footage. Some of the most memorable imagery includes the shots of the towering Saturn V rocket before the launch, the fashion of the people sitting on their cars preparing to watch the take-off, the men working in the Kennedy Space Center, and, finally, the grey cratered surface of the moon itself.

While many have previously seen this footage, the content’s stunningly clarity is unprecedented. At an early screening of the film, some speculated whether certain scenes, such as a shot of an aircraft carrier, were photographed with modern cameras because of the pristine images. Yet the footage is entirely from the era and has been fully restored, enhanced, and uncropped. Knowing this makes the film’s accomplishment that much more impressive.

Summary: The documentary Apollo 11 is a major advancement for restoring archival footage.