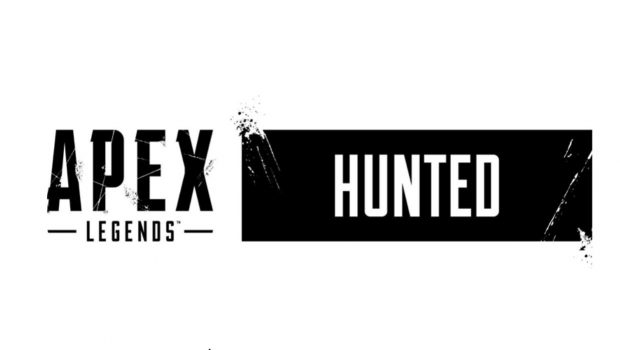 Season 14 of Apex Legends looks to bring some much-needed balance and health updates to the game and a way to overall incentivize long-time players of this massively successful BR. Let’s jump right into the new Season 14: Hunted updates!

Season 0 players can finally rejoice as there will now be something to grind, other than kills and 4k badges! The new level cap allows you to loop through the ranking system 3 additional times, effectively raising the total level cap to 2,000. Yes, you read that correctly, 2,000. With all-new badges to earn through each loop, this is a welcomed change for veteran players and gives new players incredible amounts of badges to earn.

I know what you’re thinking; what about the apex packs? Incredibly, looping through each set of 500 gives you more apex packs! If you are already at the max level, you can earn an additional 345 apex packs. If you aren’t at the max level, this will put you WELL above the 500 pack threshold, and you know what that means! Heirlooms for everyone. Another very welcomed addition to the game. Those who have been at the level cap since it was introduced know grinding for packs is incredibly tedious, and heirlooms, in general, seem pretty unobtainable. 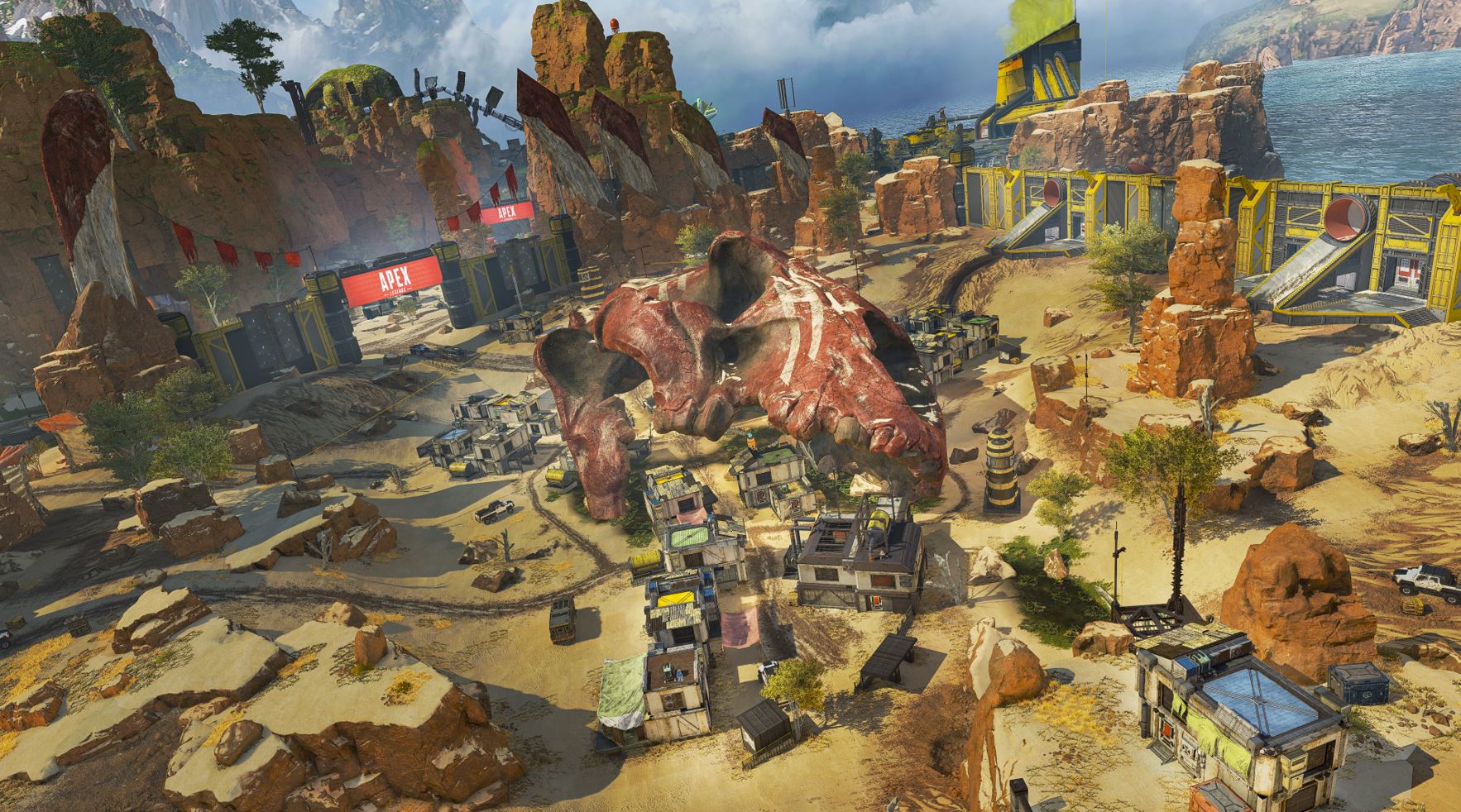 The Return of Kings Canyon and (kind of) a Legendary POI

Those of you who miss the fast-paced, hectic nature of Kings Canyon also have something to be excited about. KC is returning to the regular map rotation and getting a significant refresh! The most notable point is the new POI called “Relic.” Just as you might have guessed, this is a big throwback to the absolute hottest drop to ever exist in Apex (Fragment has nothing on this), Skulltown. It’s essentially the same sort of middle contested, CQC, frantic action of Skulltown but in a much more open area. The theory here is that when you rotate out of Relic into Octane or Cautics POI, you aren’t forced into throwing down with a super strong team in the forced choke points of old Kings Canyon.

Aside from the addition of Relic, many other POIs across Kings Canyon are being refreshed to allow for more open gameplay. Cage is no longer the game-winning, bunker-down, high ground it once was. The top floor is completely open and will enable legends other than Pathfinder, Valkyrie, and Ash to get in with ease. While still a high-ground dominated POI, this is great for the game’s health. Caustics, Ramparts, and now Newcastle’s will have to position themselves a bit more strategically, and Pathfinders and Valkyries will have to be careful peeking from the top of Cage. 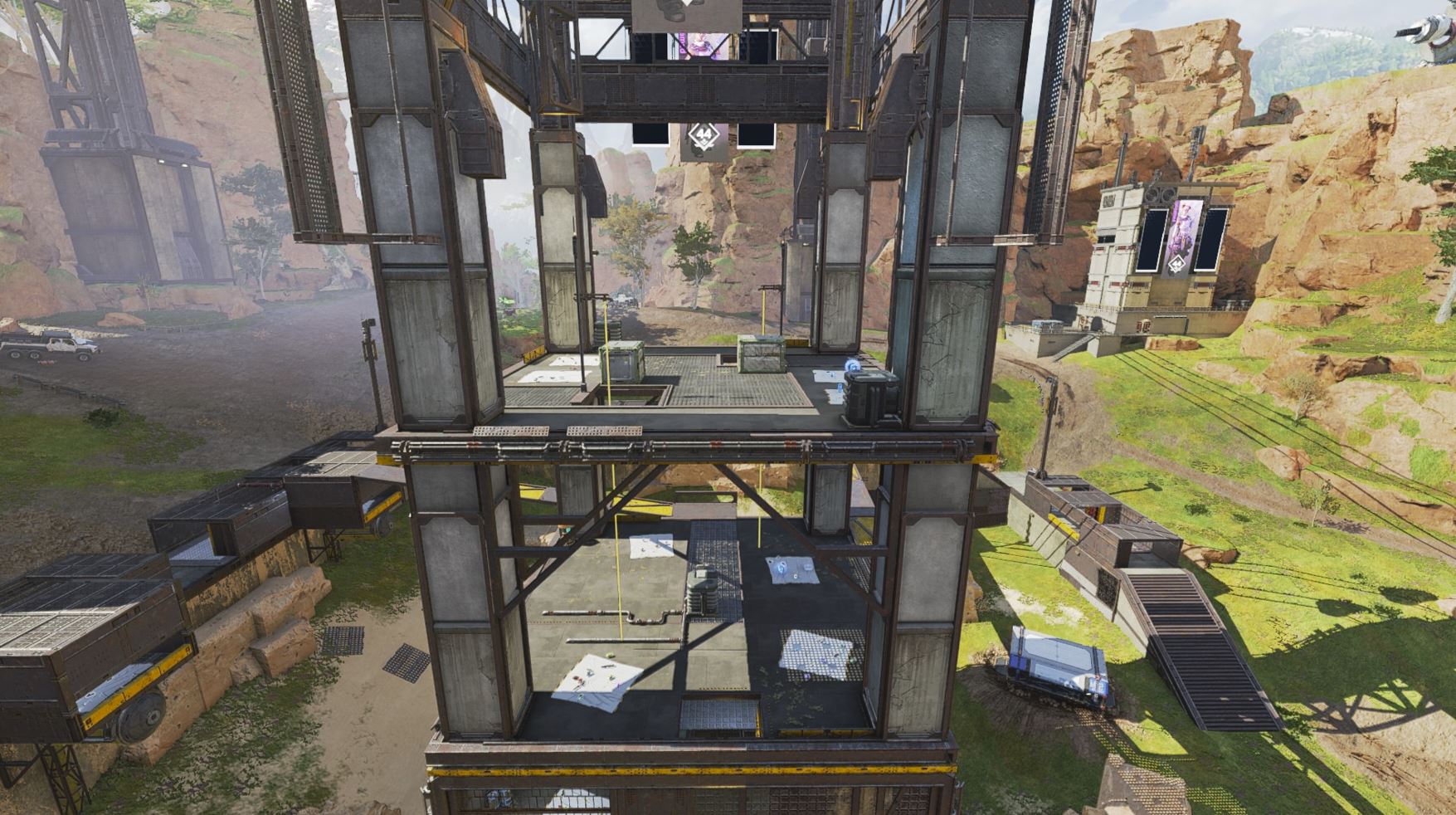 More POIs across the map follow this trend of opening up locations to force gunplay rather than bunkering down in rooms with 2-3 exit points and slowly chipping away through doorways or shooting out Caustic barrels. This doesn’t completely remove the ratting strat but forces you to pick positions and rotations smarter and more strategically.

It’s unsure if Kings Canyon will be in the rotation for the ranked Splits, but following Apex Legends trends, it’s a good bet it will be in the first split at least. 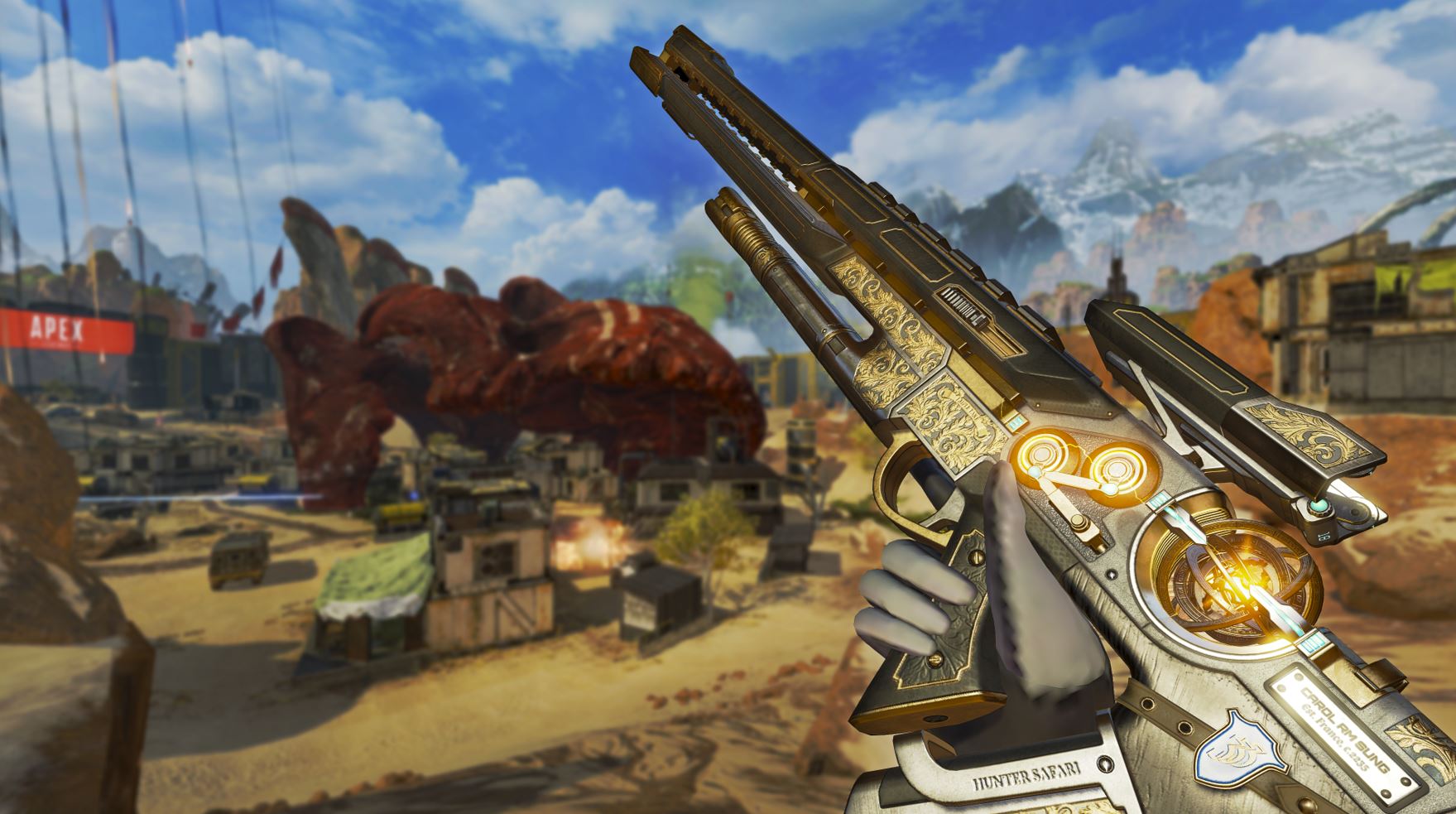 There’s not much info to be said here, but we will get another iteration of the Battle pass. In the trailer, you can clearly see that the Level 100 and 110 reactive skin is for the Triple Take, and it looks incredible. Other than that, we will have to wait for more official updates on what we can expect with this Battle pass.

We honestly have not seen changes like this in Apex since the addition of the Sniper class and Sniper ammo (who remembers when the Longbow took heavy ammo?!). Let’s kick this off with the brand new attachment coming exclusively to SMGs and Pistols.

SMGs and Pistols are getting a class-exclusive attachment called the laser sight, completely replacing the barrel mod. The laser sight will reduce hip fire spread and has the same 1-3 tier system as every other attachment in the game. We didn’t get confirmation on a gold tier, though. This was added in an attempt to further separate the classes of guns into their own unique categories. The new laser sight attachment will also feature the ability to customize the color of your beam (just like the sight reticles) and will only be visible to your teammates. Enemies will not be able to see your laser shining through doors, dark caves, or POIs in the shade; it’s purely a gun-boosting attachment. Although, the laser sight being visible to allies increases communication accuracy. A welcomed addition for the solo queue warlords.

Skull Piercer is back!

Enough said! This absolutely destructive hop-up was so powerful it was removed entirely from the game for multiple seasons. It’s now making a return and will be available on the Longbow, Wingman, and now the 30-30 repeater. There are currently no details on the damage modifier stats, but we all know what this means… Long range is about to be seriously lethal again. Let’s just be glad this isn’t on the Sentinel. We’ve never played the game with the Skull piercer AND Rampart before, so things could get interesting in Season 14 with the Skull Piercer and the amped Rampart shots.

In a completely out of the blue but totally logical change, we have the Wingman switching to the Sniper class. That means Sniper magazines and Sniper ammo! This will definitely take a while to get used to. However, the reasoning makes perfect sense. Any Apex Legend knows that you only need 2 stacks of ammo for the entire game with a wingman; in most cases, you can completely destroy an opponent in 2-3 shots. With a gold or purple mag attached, an entire team can be wiped before even needing to reload (if you’re cracked anyways). This shift to the Sniper class makes it to where it’s more strategic and pressing to be managing your inventory and not just needing to score 2 stacks of ammo of drop and be set for the entire game. Not to mention that the Heavy Ammo category is pretty packed with insanely powerful weapons.

Probably one of the most fan-requested additions to the game, short of an energy-based pistol, we finally have a Light Ammo LMG! But it may not be exactly what you think. The Spitfire LMG is moving to the light ammo pool! This is a welcome change meaning the light ammo pool has more late-game viable weapons as compared to the absolutely stacked heavy ammo category. Essentially, the R99 and R-301 are the only late-game viable light guns; adding the Spitfire here allows for some other choices to be made in the late game. We’ll have to see if there are any damage modifications, but this will certainly impact the game!

After its absolute dominating status a few seasons back to its fall from grace in the past 2 seasons, the EVA 8 is getting some balance updates. Double tap is back specifically for the EVA 8, and an increased rate of fire will land in Season 14. Is it enough to overtake the Peacekeeper?

One of the most looked forward to updates every season is what happens with the care package weapons. Last season we saw the Kraber get nerfed, taking away its one shot, one kill potential. This season we are seeing the Rampage LMG, and Bocek Bow added as the new care package weapons! This means the Volt and G7 Scout are coming back to floor loot! It’s good to see such fun, mid to long-range weapons returning to the floor loot pool and some incredibly overpowered weapons hitting the care package. The Bocek Bow feels like the perfect weapon for the care package, as well as the Rampage. Limiting the Rampage out of the floor loot pool is definitely healthy for the game, something we experienced slightly while it was a crafting-only weapon. It’s not that the Rampage doesn’t take skill to use, but that gun’s sheer damage and versatility really makes sense for the care package.

Kraber and Mastiff are definitely not going anywhere.

The level 4 gold bag is seeing a change reminiscent of early Apex seasons. Now, players have a perk called “Deep-Pockets,” which allows you to carry 3 large heals per stack and 2 Phoenix kits per stack. The official in-game description states: Large medical items stack higher in your inventory.

All in all, the removal of the self-revive mechanic is an absolute must for those higher-level ranked games and certainly for the pro scene! 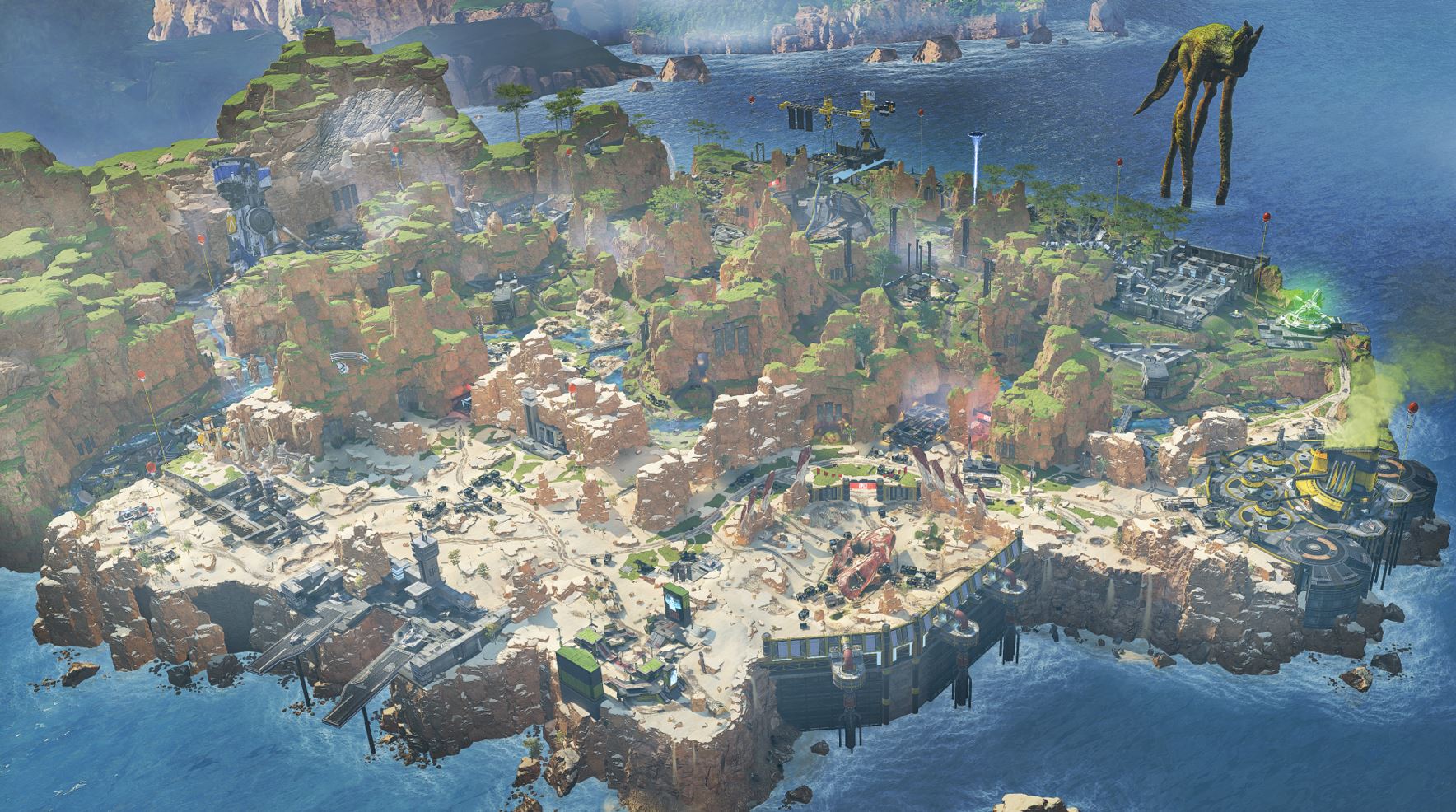 There’s a lot to be excited about for the new season of Apex Legends. While there is no new weapon or new map, we can certainly look forward to the much-needed quality of life updates and game health updates taking place. What are you most excited about? Whether it be the ammo class switching of the Wingman or gold knockdown shield change, the game is shaking up for the better!