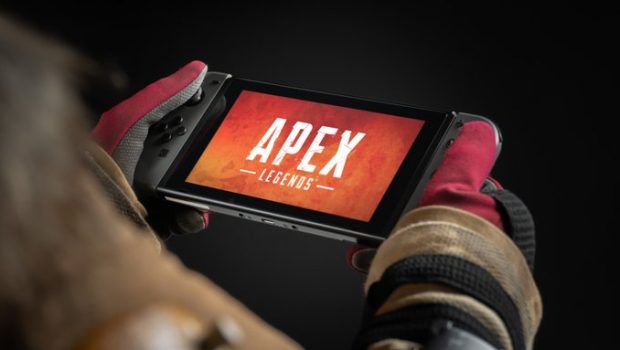 Summary: It looted and shot to the top, because its free to play. Just do not pay to be a champion.

I did not know that I wanted this. I did not think it could be done

Apex Legends is as fun as you allow it to be. Meaning if you go in with your expectations low you will be presently surprised. Head in thinking you are going to get a 4K, 60 FPS welcome and you are wasting your time and should have never showed up to the party. The Switch version is downgraded. Let us call it Switch-Graded. The native resolution has been cut and so has the FPS the dynamic texturing helps but you cannot help but to notice how muddy the whole thing looks.

Let us start with the visuals.

As with most switch games ported over it does not look as good as other offerings on any other console or to a more dramatic nature the PC version. So, I will not compare it to those versions. I am going to review Apex Legends on the Switch as its own game. On its own, Apex Legends on the Switch is good to look at. The graphics are not crisp, but everything presented in the game can be seen read and understood up to a certain distance. 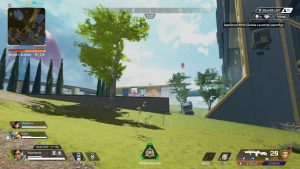 The draw distance is tough on the eyes. You might get snipped while trying to look at something from a great distance trying to figure out if it is a person of just an object in the game. That is not uncommon in many games especially when it comes to the Switch it did not mess me up too much but having a sniper rifle or a good scope eliminated that small issue. Characters come across nicely with smooth an animations and nice coloring and some nice detail on some of the costumes. With flowing lights in jackets and the hint of fire in other more elaborate customization options the characters are full of personality and unique quirks that make them memorable cast mates something I have not really experienced outside of Overwatch.

The maps are equally full of nice visual and audio effects. The sound of the wind blasting into your face and then whipping past your ears when you dive out the shuttle is adrenaline inducing and the impact as you hit the ground and sprint for any shield or weapons is simply good ole fashion “Here we go again” fun. Characters have great audio as they chat back and forth never overpowering the footsteps of allies or enemies or the announcer keeping you up to date on the ring closing, kill leaders and other bits of information that keeps the most competitive players on notice. 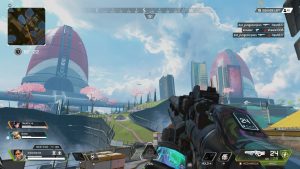 The audio is indeed superior to the graphics. Buildings look like colored boxes or cylinders from a great distance but once you are close enough to matter the graphics are decent. Doors can be distinguished between open and close. You can see other players scurry about from box to box. You will not be blown away by the presentation, but you will be able to enjoy the game. I have played 50+ matches and even won once. I rarely felt like I lost because the game failed to keep up, but because I lacked the skill. Audio is good, graphics are decent. The framerate is not perfect although I have only experienced dips during the initial drop into the map and up-close battles with explosions and particle effects slowing the fps to the mid-20s. Not terrible but it is worth noting.

Ranging from, particle explosions to the satisfying break and shatter of destroying an enemy shield. Bullets hit with empowering impact and feel just as demeaning when you are on the wrong end of a well-placed shotgun blast. 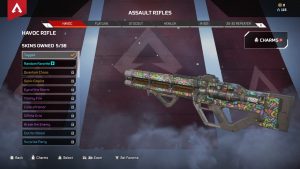 All the weapons have a unique feel to them, you can almost feel the weight of the weapons when moving around. SMG, Shotgun, Assault Rifles, Sniper Rifles and Pistols are here. It is needed to be said that trying all the weapons is needed to find out what weapons suite your play style. The weapons have upgrade slots to add barrels, extended magazines, scopes and other upgrades to give you slight boost in combat. If you are willing to search around for the necessary upgrades as all upgrades cannot be attached to all guns. Ammo, shields, helmets and many other upgrades round out a nice mix and match of setups. Scopes zoom in nice and give a needed boost to visibility. Weapons are great and diverse so no worries there. 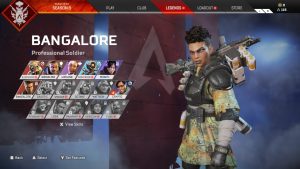 The main separations between the cast in battle are the Passive, Tactical and Ultimate abilities. playstyle or (if you are like me) the need to make your time in the battlefield a bit more manageable. There is a character for you. Some Characters need to be unlocked you can either purchase them with real world money or in game points you get from leveling up. No one character is overly powerful than the next, but players will specialize and utilize a character to its full ability in ways that might make you think you are being overpowered but you are just being outmatched and out skilled.

Apex Legends on the Nintendo Switch is a full fledge free to play, portable (kind of) cousin to the big consoles and PC version with cross-play but no cross-progression.  I enjoy playing it and if you do not mind some blurry graphics and frame drops every so often then give this game a try and join up with some friends. 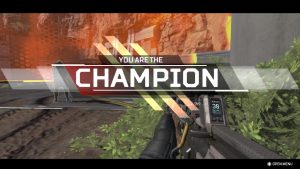 Here is something you might find useful, when trying to identify enemies from a distance its best to utilize the excellent ping system.

With a tap of the R button, you will alert your teammates of items, weapons, upgrades and my favorite… Enemies. Allowing you to communicate with your team with or without voice chat.

Do not buy the Champion Edition just yet 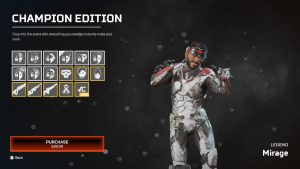 because Nintendo’s online community is um… well picky. This game might not have such a big community in a few months, and it is not progression so purchasing it on Switch is only for the Switch version.