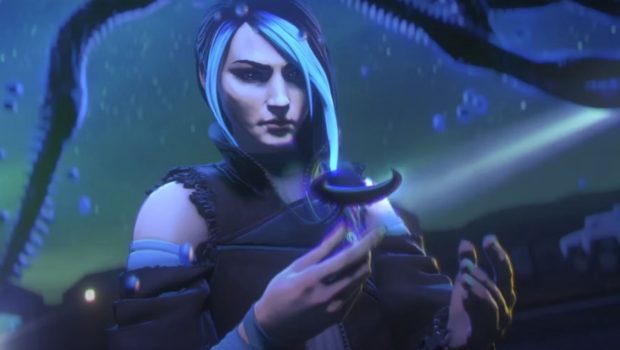 Look into the crystals and discover Catalyst’s past in the first trailer for Apex Legends: Eclipse. As a teenager on Boreas, Catalyst and her coven of friends vowed to protect Cleo, the moon of Boreas, but what happened next left her wanting answers that the crystals did not have.

Learn more about how Catalyst became determined to bring change and defend her home in “Stories from the Outlands: Eclipse” (ready for embedding) here: https://youtu.be/8E9p5r0icpw

More details for Apex Legends: Eclipse will be announced soon ahead of the update’s official launch on November 1 for PlayStation 4, PlayStation 5, Xbox One, Xbox Series X|S, Nintendo Switch, and PC via Origin and Steam.