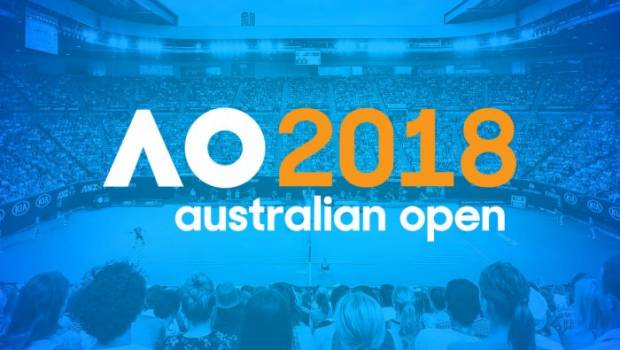 Melbourne, 5 December 2016: Tennis Australia and Big Ant Studios, Australia’s leading sports game developer and publisher, have today announced their first tennis game, AO Tennis. The game will set a new standard for the sport of tennis, combining the heritage and history of the Australian Open with Big Ant’s celebrated photogrammetry perfectly capturing the stars, and real-world statistical data to deepen the AI of each athlete.

AO Tennis is the first tennis game built with the participation of Tennis Australia, and the first to be developed using a decade of match play statistical data for each of the dozens of licensed athletes in the game. This data shows which shots the athletes opted to use in any situation through a match. Big Ant has used that data to enhance the AI of the athletes, taking the game’s AI to the next level by accurately recreating unique play styles within the game.

“With previous tennis games, the world #1 would be challenging to beat, because his or her in-game attributes would be set to merely make fewer errors. That worked well at the time, but we’ve taken things to the next level,” Big Ant CEO, Ross Symons, said. “In AO Tennis Rafael Nadal is the hardest player to beat because in game he plays like his real-life counterpart; he plays a game style befitting the #1 player in the world.”

In addition to the 3D scanned athletes and accurate play styles, AO Tennis has all the features that have become synonymous with Big Ant’s approach to game development. There are comprehensive customisation options, allowing players to create their own athletes, sponsorship logos, clothing and stadiums to play in. An in-depth career mode will allow players to start out ranked 1,500th in the world and work their way up to the glory of world #1. All major tennis surfaces – hard court, clay, and grass – are fully accounted for, and each affect how the game plays.

Additionally, as the first officially licensed game to the Australian Open, the backstage participation of Tennis Australia means AO Tennis gives players the chance to relive all the action and drama in complete accuracy, down to the finest details in each stadia, for what promises to be a superb 2018 championship.

“Every day we are constantly looking for ways to enable our fans to engage more deeply and more often in the Australian Open, and having the opportunity to play AO Tennis fully immerses them in this incredible event,” Tennis Australia CEO and Australian Open Tournament Director Craig Tiley said.

“We wanted to ensure this is the most authentic tennis video game ever created, so that our fans can not only have a great AO experience, but a great tennis video game experience. On top of all of that, they get a tennis experience from the couch which we hope leads them on to the court.”

AO Tennis launches in time for the Australian Open, on 16th January 2018. The game is available for pre-order now on Xbox One and PlayStation 4.

For more updates about the game as it gets closer to release, be sure to follow on Facebook: https://www.facebook.com/AOTennisGame/