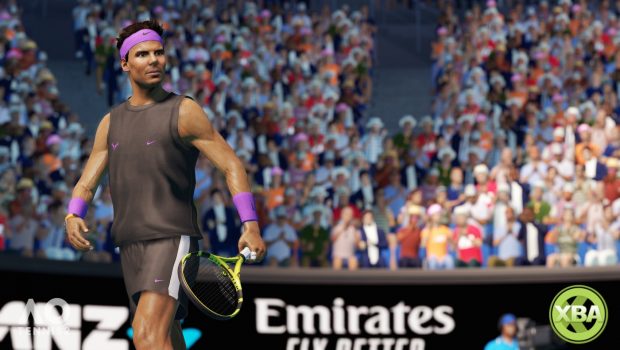 AO TENNIS 2 – Behind the Scenes Trailer

BIGBEN and Big Ant Studios are pleased to unveil a new video for AO Tennis 2, the second game in the official Australia Open series. In this developer diary, Big Ant’s passionate team welcomes us to their Melbourne office to give a behind-the-scenes look at the new features of the game, which will release on January 9th on consoles and PC.

For AO Tennis 2, the developers worked side by side with the team at Tennis Australia to offer a comprehensive and immersive simulation of the first of the year’s four Grand Slam events. Tennis lovers will have access to a completely accurate replication of the Melbourne Park sports complex and its three main courts, on which thousands of spectators witness incredible drama and athleticism every year.

From Melbourne’s courts to the athletes’ uniforms and behaviours, no effort has been spared to reproduce the atmosphere and intensity of the competition as things heat up in the peak of the Australian summer. Playing in the shoes of the legendary Rafael Nadal, Australia’s own home-grown world #1, Ash Barty, or any of the other stars available in the game, AO Tennis 2 makes the player feel the gravitas of these powerhouse match-ups.

To fully immerse yourself into the world of professional tennis, players need to prove themselves in the conference room and on the court. As part of the new career mode in AO Tennis 2, players will have to manage their reputation in front of the media and public. Just like in real life, tension is palpable during matches and outside the courts!

Whether playing online or locally, AO Tennis 2 offers hours of entertainment, challenge, and competition. Tennis enthusiasts will also be able to play AO Tennis 2 on the Nintendo Switch™, with a version that’s as feature-rich and deep as the one on PC, Xbox One and PlayStation®4.