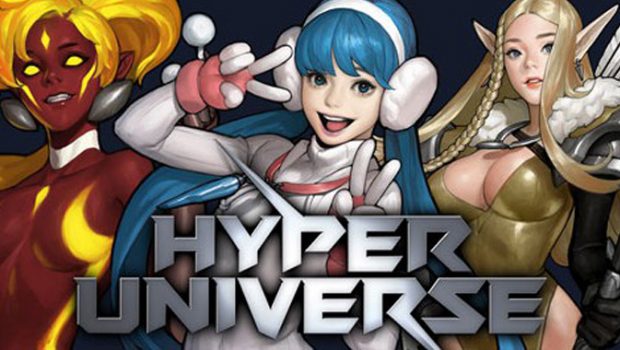 LOS ANGELES – January 25, 2017 – Shaking up the MOBA genre with a unique new twist, Nexon America today announced it will bring Hyper Universe to North America, Latin America, Europe and Oceania in 2017. Combining the gameplay of a side-scrolling action platformer with the highly strategic, team-oriented gameplay found in a MOBA, Hyper Universe reimagines a popular genre to deliver action-oriented mayhem. Jump into the stylized fray in the first trailer for Hyper Universe above.

Attendees of PAX South in San Antonio, TX this weekend will have the chance to be among the first to experience the intense side-scrolling MOBA, in booth 11854.

In Hyper Universe, players will take control of one of a multitude of battle-ready “Hypers” and use their insane abilities to defeat the opposing team and bring about victory. Taking many shapes and sizes, the Hypers range from a mage who rains down giant snowmen on his enemies, to a mongoose riding astride an armored rhinoceros, to a tentacled Admiral with the power of the kraken at his call, and more! The distinctive playable characters, inspired by legendary icons in popular culture, fall into a diverse set of both new and traditional MOBA roles to create a frenetic battlefield filled with a wealth of crazy techniques and exhibitions of skill.

Played using a two-handed keyboard control scheme, Hyper Universe challenges players with five turrets to dominate and defend across multi-level, side-scrolling maps, as they dash and jump across the game to save the universe.

Learn more about Hyper Universe at hyperuniverse.nexon.net/. Information about upcoming tests will be announced soon.