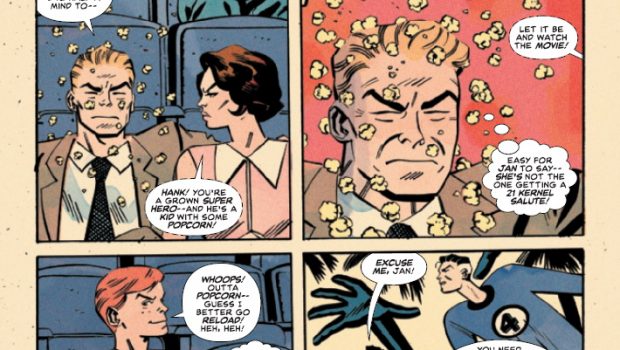 Summary: Well worth a look if you are interested in Ant-Man and want to see him in a non Avengers story.

Hank Pym is out at a night at the movies with his partner, only be annoyed by some rowdy teenagers throwing popcorn at his head. Attempting to get his own back in the snack bar he is disturbed by a random stranger who greets him by his actual name and then waylaid by one of his enemies who has arranged with some of the other people Ant Man has taken out in the place to capture him so they can get revenge. Will he make it out or not?

I enjoyed the set up for this story as it is an interesting concept in that from some unspecified point in the future the protagonist is going back to find all the different version of Ant Man throughout history for some unknown reason. It did remind me of Hulk Grand Design somewhat but with an actual storyline going through it and not just recapping everything.

Some great art here as they seem to be recreating the art style from the period they are going to in the story. 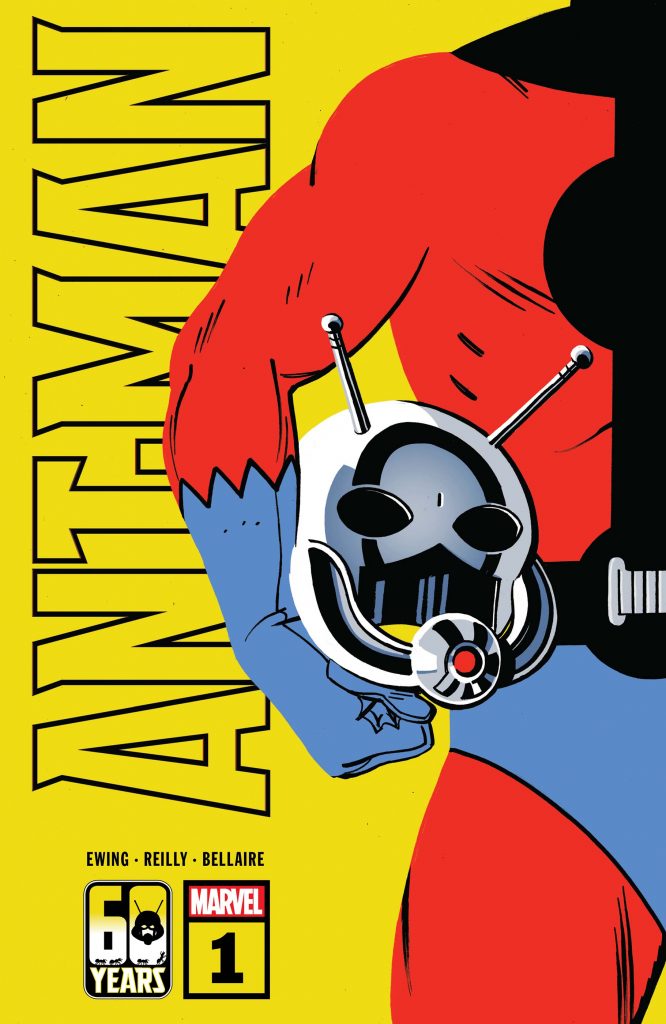