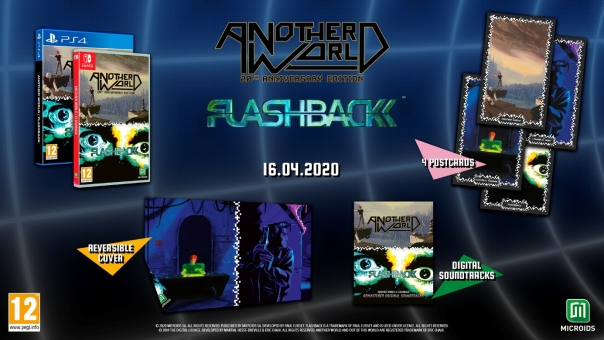 Another World/Flashback – The compilation will be available on April 16th, 2020!

Today’s players will be able to enjoy 2 classics action-adventure games on Nintendo Switch and PlayStation 4: the legendary Flashback, created by Paul Cuisset, and the pioneering Another World, developed by Eric Chahi!

Available on April 16th 2020 in Europe, this special edition will contain: