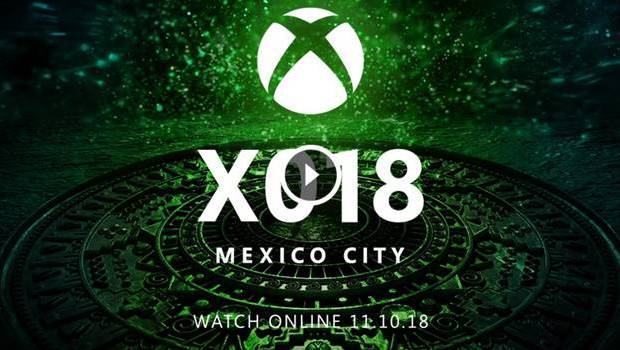 On today’s Inside Xbox episode, Phil Spencer announced X018, a global celebration of all things Xbox filled with news, first looks, and surprises. Hosted on Saturday, Nov. 10 at the fourth-annual Xbox FanFest: Mexico City, more than 10,000 fans will join us on site – but you don’t have to travel to Mexico to be part of X018! We will livestream all the X018 action on our biggest Inside Xbox episode yet so fans all around the world can participate online. Whether you’ve been with us for years, months, weeks, or you’re still considering joining our global community, this is a moment where all of us come together. Mark your calendars for Saturday, Nov. 10, and tune into Mixer throughout the weekend of Nov. 10-11 for additional X018 news.

Mouse and Keyboard Support for Xbox One Developers

At Xbox, we’re committed to bringing gamers more choice in what they play, who they play with and how they play. We’re also equally committed to providing developers with the best platform to create and deliver the best gaming experience on Xbox. Today we’re announcing a new way to play games on Xbox: we’re enabling mouse and keyboard support on Xbox One for select Xbox Insiders in the coming weeks.

While most wired or wireless USB keyboards and mice will work on Xbox One, we know access to best-in-class hardware is a must. That’s why we’re partnering with a premiere peripheral manufacturer in the gaming hardware space – Razer – to bring you the best possible mouse and keyboard experience for this new functionality. We’ll have more to share soon on this partnership, but for now check out Razer’s website and our Xbox Twitter and Facebook pages for a sneak peek.

We’ve been working closely with studios of all sizes to ensure mouse and keyboard experiences on console are fun, fair and correctly balanced, and look forward to introducing more games with support for mouse and keyboard input in the future. Tune into the November 10 edition of Inside Xbox for more details about additional titles supporting mouse and keyboard, and to learn more about our partnership with Razer.

Features like mouse and keyboard support come to life with the right fan feedback. So, as always, please share feedback with us and with your favorite developers to ensure we’re getting this right. If you’d like to test out this experience on Xbox, you can join the Xbox Insider program. For more on the latest news from Xbox, stay tuned to Xbox Wire.

Stock up on supplies and get comfortable on that couch as October’s Xbox Game Pass update is going to keep you and your thumbs busy!

But wait, what’s that speeding around the corner on October 2? The highly anticipated Forza Horizon 4 launches into Xbox Game Pass the same day as its global release. Drive around beautiful Great Britain and experience for the first-time dynamic seasons that push your skills to the max.

The highly anticipated sequel to 2016’s massive hit Forza Horizon 3, Forza Horizon 4 is an open-world racing genre-first where players will experience dynamic seasons and explore gorgeous scenery in a shared open-world. Collect, modify, and drive over 450 cars, and play solo or team up with friends to race, stunt, and explore your way through beautiful and historic Great Britain.

Before there was Wolfenstein II: The New Colossus, there was The New Order. After a daring mission goes awry during World War II, special forces operative William “BJ” Blazkowicz wakes up in the year 1960 to find that the Nazi’s have taken over the globe. The war isn’t over for BJ as he takes up arms to reignite the resistance and take down the tyrannical fascist regime. Featuring intense first-person shooter combat and a compelling story set in a terrifying alternate history, see where it all started with MachineGames’ reboot of the classic Wolfenstein franchise!

Moscow, 2033. An entire generation has been raised underground after an apocalyptic event two decades prior. As Artyom, a resident of a besieged Metro Station city, you well venture to the desolate, nuclear wasteland above and deep into the heart of the metro system to warn the remnants of mankind of a terrible impending threat from dangerous mutants and an even more mysterious enemy that goes unseen. Featuring a massive world to explore, weapon customization, and harrowing first-person shooter elements, Metro 2033 Redux is the definitive version of this classic game.

Cowboys! Guns! Mystery! Experience all that and more in this spaghetti western-inspired action game that’s unlike any western you may’ve played before. After a bandit murders your family in cold blood, it’s up to you to track him down and deliver justice. The wrinkle to the game is that each time you play, the killer’s description and trail is different, and you must piece together the clues as you travel through the open world, taking on side quests and talking to NPCs. If you think they’re giving you the run-around and have info you might need you can pull out your weapon during any conversation to put some pressure on. We call that a gunversation. And while you could end all encounters in violence, we’ll leave that up to you.

The city is rigged to explode blow and you’re in control of the action as bridges will fall, buildings will become clouds of rubble, and cars will be blown to pieces. This is the world of Split/Second, an intense racing game set within the world of a big-budget reality game show where contestants will race across a city made for destruction to be first to cross the finish line. Full of explosive stunts, demolition, and racing thrills, this racing game is full of high-octane excitement.

With over 100 great games available for one low monthly price, including highly-anticipated new Xbox One exclusives the day they’re released, plus more games added all the time, Xbox Game Pass gives you the ultimate freedom to play.

Take one 789bhp McLaren Senna, inspired by a racing legend. Then add three 450cc Motocross bikes. And, finally, stage an unprecedented head-to-head race at one of the world’s most iconic motor racing venues.

That’s exactly what Xbox did to celebrate the launch of Forza Horizon 4.

Inspired by the cover car and spectacular showcase events in Forza Horizon 4, the race saw a McLaren Senna take on the bikes in a straight fight to the top of the Goodwood Estate’s world-famous Hill Climb.

And despite the bikes’ unconventionally direct route up the hill, including a few jaw-dropping jumps and tricks, the Senna’s incredible speed and power won out in the end.

If you didn’t catch it, you can view the full Senna vs motocross showcase race here: https://youtu.be/3Bp4-6sq7RM

Forza Horizon 4 Ultimate Edition is available from this Friday, 28th September. Pre order now to get four days early access ahead of the global launch on 2nd October. Pre-Order Here.

For more information about the McLaren Senna, check out: http://cars.mclaren.com/ultimate-series/mclaren-senna/forza-horizon-4