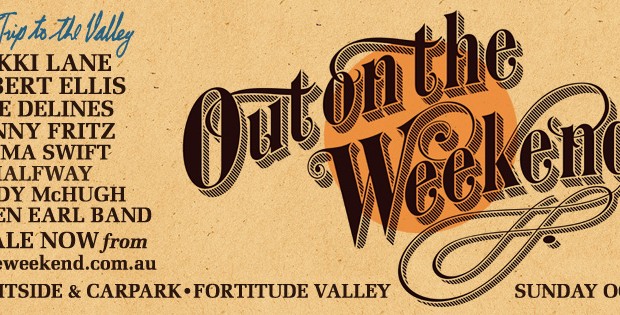 Announcing ‘Out On The Weekend’ Brisbane

Following the successful announcement of the inaugural Melbourne OUT ON THE WEEKEND event at Seaworks Williamstown, we are pleased to announce that it will now be heading to Brisbane this October.

A celebration of Americana music, fine booze and great food, OUT ON THE WEEKEND is the vision of Love Police head honcho and member for the Australian Advisory Board for the Americana Music Association, Brian “BT” Taranto.

OUT ON THE WEEKEND is coming to The Brightside and will feature artists over two stages inside the venue and adjacent car park. Starring at the Brisbane event is:

Music for your mouth will be provided by Brisbane’s own slice of Americana, Lefty’s Old Time Music Hall. Recently named winner of Gourmet Traveller’s Bar of The Year Award, keep an eye out for their famous po’ boys, popcorn shrimp and mini corndogs.