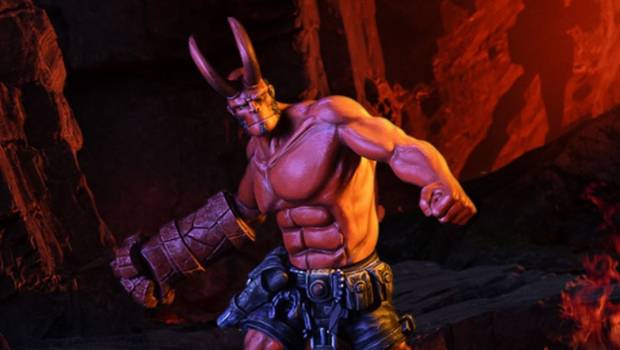 Announcing the First Hellboy Statue Based on Mantic Games’s Bestselling Hellboy: The Board Game Miniature

Legendary HELLBOY creator Mike Mignola, Dark Horse Direct and Mantic Games are announcing the first Hellboy Statue Based on Mantic Games’s bestselling Hellboy: The Board Game miniature. Limited to 500 and available now for pre-order, the Hellboy Statue—Mantic Series is expected to ship this summer.

This exclusive statue was meticulously sculpted by the creative team at Mantic Games and painted by Ed Bradley as if you lifted our hero right out of the pages of the acclaimed graphic novels and comics. Posed to pack quite a punch, Hellboy stands approximately 9” tall on a hellscape terrain base approximately 7.5” wide. Level 52 Studios did the statue prototype and base sculpt for The Hellboy Statue—Mantic Series.

On sale now, Hellboy: The Board Game is a co-operative experience in which players face off against some of the comic’s most famous foes. Up to four people take control of iconic BRPD members – Hellboy, Abe Sapien, Liz Sherman and Johann Kraus – before exploring gothic locations, uncovering ancient artifacts and battling one of Hellboy’s most notorious foes, Rasputin!