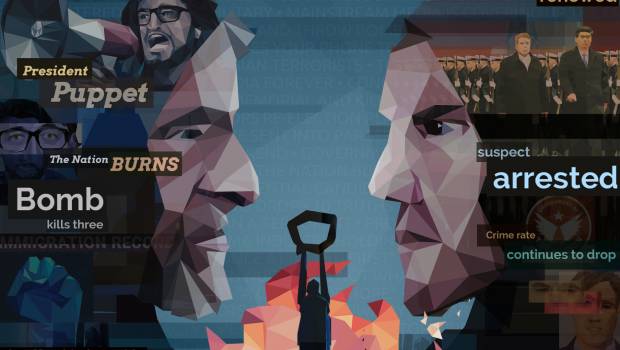 Orwell: Ignorance is Strength—season two of the award-winning surveillance thriller, Orwell—is launching on Thursday, February 22nd (PST) and will be released across three bi-weekly episodes.

In Orwell: Ignorance is Strength, step into the shoes of a newly appointed investigative agent in “The Office”, a top-secret department in Orwell’s national security program, amidst bubbling political unrest. Inspired by today’s media ecosystem, the rise of fake news, and social media echo chambers, Orwell Ignorance is Strength challenges you to decide how far you’ll go to uncover, manipulate, and fabricate the truth.

Thrust into a world where democracy is not a guarantee, make truth-altering choices as you research and discover the stories and connections between three key intertwined individuals and untangle the civil turmoil that threatens to ignite a political crisis. Dig deep into citizen’s lives and gather information you can utilize to impact the game’s narrative and outcome.

Episode one of three of Orwell: Ignorance is Strength will be available for PC, Mac and Linux on Thursday, February 22nd. This season includes three episodes in total and the rollout is as-follows:

One purchase unlocks all episodes upon episode availability.