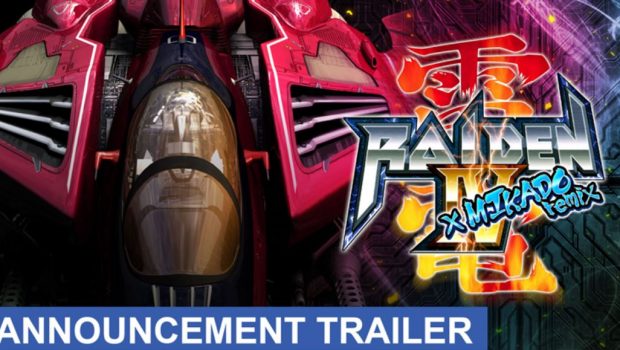 NIS America is excited to announce that Raiden IV x MIKADO remix is coming to PS4TM and PS5TM in early 2023!

Experience the return of this classic arcade shoot ‘em up as it soars onto modern consoles! Raiden IV x MIKADO remix brings action-packed battle to PS4TM, PS5TM, Xbox One, Xbox Series X|S, and PC! Enjoy an exhilarating lineup of content including brand-new levels, combat modes, play styles, and more. This sci-fi shooter launches gameplay to new heights with a remastered soundtrack and the addition of vertical screen play, allowing players to capture the original arcade experience like never before. Learn more at: [Official Game Website]

● Play Your Way: Modes such as Dual Play and Double Play take your adventure to the next level!