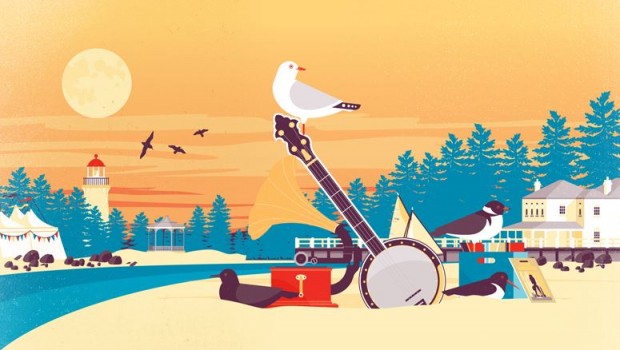 The 40th Port Fairy Folk Music Festival celebrates culture, the roots, the homelands from which music and stories rise from the deeper well. With the festival set to commence in just four days, it is a prime time to shine a bright Southern Light on an artist who grew from these homelands to travel the world. She  has made wonderful music with the best in the industry, from Goanna, to Mary Black, Bob Dylan, James Taylor, Hothouse Flowers, Eric Clapton, Carlos Santana, The Chieftains and back home to Archie Roach. The festival is more than thrilled to announce that the Maton Artist of the Year for 2016 is Marcia Howard.

For over 30 years Triple Aria Award Goanna Band member Marcia Howard has mesmerized audiences with her beautiful voice, and skill as a musician and songwriter. Her solo CD’s have achieved high praise. Marcia has sung and toured and recorded and performed with many Australian Indigenous artists including Bart Willoughby, Joe Geia, The Pigram Brothers, Archie Roach, Patricia Clarke & Deline Briscoe. Many albums recorded in Australia over the past thirty years feature Marcia’s harmony vocals. She is an accomplished singer, pianist, guitarist and vocal director. She will launch her brand new EP Nashville Sessions at the 2016 Port Fairy Folk Music Festival. The EP was recorded in Nashville at Beaird’s Music Studio with an ensemble of seasoned instrumentalists.

Surf, sun, oceans of music along with 100 acts across 18 venues are set to sail at Port Fairy Folk Music Festival, presenting 200 shows over 4 days from 11-14 March 2016. Festival tickets are sold out, but the official Ticket Exchange Program is in full swing. For the full line up and for information on the Ticket Exchange Program head to www.portfairyfolkfestival.com