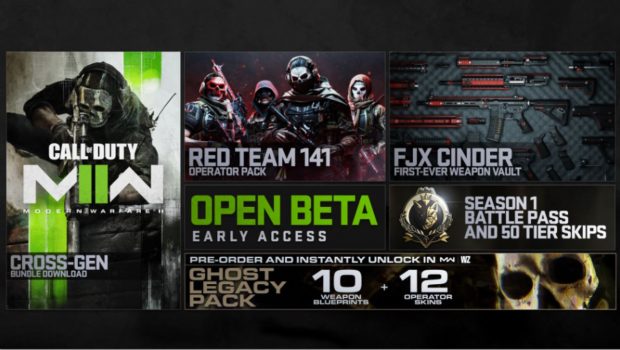 Activision Blizzard has announced the forthcoming Call of Duty: Next. What’s Next? This is an era-defining franchise event showcasing the immediate future of Call of Duty, being broadcast on 16 September AEST/NZST. Presented by Infinity Ward and featuring robust information drops detailing innovations, live gameplay, and a whole lot more, expect to learn the following:

But that’s just the beginning. Players worldwide will be able to experience the future of Call of Duty Multiplayer combat before the launch of Modern Warfare II on 28 October. The Modern Warfare II Open Beta will be free across all platforms, with players who pre-ordered digitally, at retail, or received Beta codes gaining early access.

Over two busy weekends, the Beta is set to drop in instalments. Learn what to expect each weekend below, and attached:

Looking to jump in early? Pre-order to gain:

Pre-order the Vault Edition of Modern Warfare II to receive: