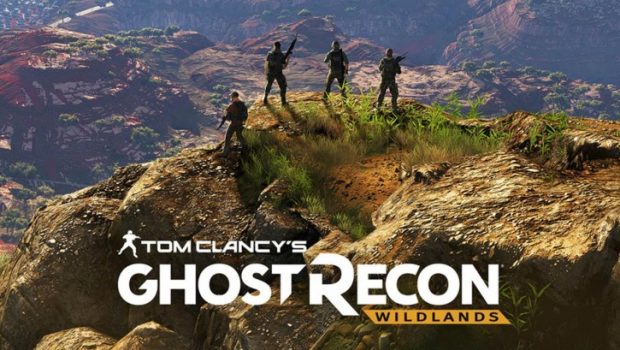 Sydney, Australia — February 13, 2017 — Today, Ubisoft announced that the writing duo of New York Times bestselling authors Don Winslow and Shane Salerno have teamed up with Ubisoft to create the cartel-themed narrative for Tom Clancy’s Ghost Recon Wildlands. Winslow is the award-winning and #1 internationally bestselling novelist of The Cartel, The Power of the Dog and Savages. Salerno is one of the most sought-after writers in the film industry. He is currently working with Oscar-winning filmmaker James Cameron on four separate sequels to Avatar, the highest grossing film of all time, and writing and producing The Cartel (an adaptation of Don Winslow’s novel) for master filmmaker Ridley Scott. He also co-wrote the film Savages with Don Winslow and three-time Oscar-winner Oliver Stone, and Armageddon for director Michael Bay.

“Tom Clancy’s Ghost Recon Wildlands presents a first for the series with our massive open world that can be explored freely. With this amount of freedom, we wanted to bring in top talent to create a believable cartel organization and story,” said Nouredine Abboud, senior producer, Ubisoft. “As fans of their work, we knew that Don Winslow and Shane Salerno would be the perfect team to help us keep the game rooted in reality while keeping the game’s core entertainment experience.”

Winslow and Salerno offered their knowledge of the international drug trade and their skills in storytelling to create an authentic drug-cartel narrative to unfold for players when Tom Clancy’s Ghost Recon Wildlands launches on March 7, 2017.

“I’ve written about drug cartels for more than twenty years and together with my writing partner Shane Salerno have brought that knowledge to the story, scenes, characters and dialogue found in Tom Clancy’s Ghost Recon Wildlands,” Winslow said.

Winslow and Salerno worked closely with the narrative team at Ubisoft Paris to help create the narrative of Ghost Recon Wildlands by expanding on the series’ “what if” scenario that sees a Mexican drug cartel take over near-future in-game Bolivia and turn it into a narco-state. Their previous research and writing experiences across two decades allowed them to help the development team establish a grounded storyline inspired by real life events, a believable criminal organization for the fictional Santa Blanca Cartel, and assist in creating the in-depth backstories for key in-game characters, including the boss, El Sueño, the heads of operation that players will interact with, and core elements of the special forces “ghosts” that will hunt them down.

“I’ve been a Tom Clancy fan ever since I first read The Hunt For Red October,” Salerno said. It was a real thrill to work on this game with the team at Ubisoft, who are incredibly passionate and committed to delivering the best gaming experience possible for fans.”

Set in the largest action-adventure open world ever created by Ubisoft, Tom Clancy’s Ghost Recon Wildlands takes place in Bolivia a few years from now, as the country has been turned by the vicious Santa Blanca drug cartel into a narco-state. Players are tasked with eliminating the cartel by any means necessary. The massive and responsive open world encourages a variety of playstyles, allowing players the freedom to choose how they execute any and all missions. Tom Clancy’s Ghost Recon Wildlands will be available on consoles and PC on March 7.