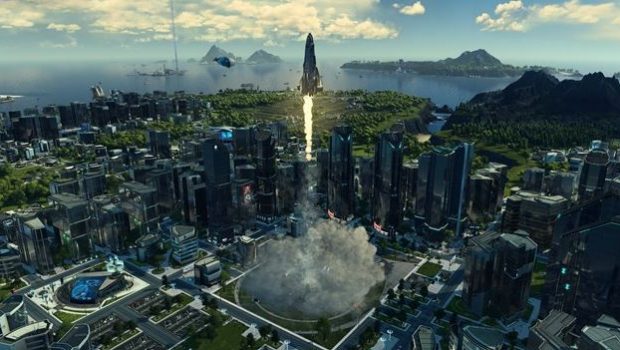 SYDNEY, AUSTRALIA – 21 July, 2016 – Ubisoft® has released Anno 2205™ Orbit, the second major DLC for the city-building simulation from Ubisoft’s Blue Byte studio, along with a free update available today for all Anno 2205 players. On July 20 1969 the sentence “That’s one small step for man, one giant leap for mankind” was branded into history. 47 years later, players can conquer space by building, expanding and managing their own modular space station in Anno 2205 Orbit.

Making use of Nexus, a powerful AI controlling the space station, players will need to send astronauts to the Orbit sector. Players have to place the new Orbital Institutes in their cities, as well as in the Arctic and Moon sectors to train their inhabitants so they are ready for space. The three types of astronauts, Biologists, Physicists and Engineers are important for the individual main focuses of the different space station areas.

The possibilities of building the space station are numerous and challenging as 12 different modules allows players to experiment how to optimize their station in the best possible way. The bigger the space station gets, the more Expertise is gained, which can be used in the Nexus to unlock new bonus effects for all other regions in the game. There are around 75 bonus effects to be explored.

In addition to Anno 2205 Orbit, a new free patch for all players will bring new improvements, including Steam achievements and a time-limited summer event bringing new ornaments.

Anno 2205 Orbit is available to owners of the Anno 2205’s Season Pass, and can be purchased independently for all players.