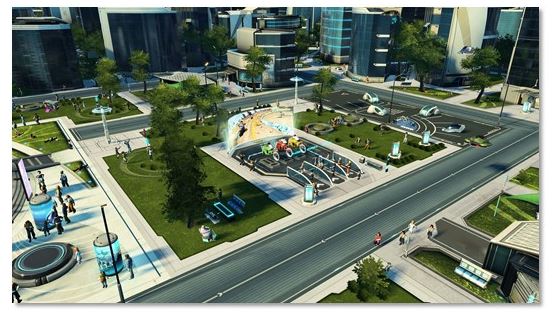 The Big Five Pack brings Economic Warfare to the game. Players can enter the stock market and compete with the Big Five, the five most influential corporations, for shares, influence and industrial dominance. Competing with the Big Five offers new challenges and grants special rewards and powerful buffs for a richer endgame experience.

Players will have several tools at their disposal to ensure their corporation’s supremacy over the Big Five. A new resource is introduced: influence. In the stock market, players can buy other companies’ shares during auctions. With Espionage, players can gather information and unlock special auctions to gain advantage over the Big Five.

Gaining the upper hand in this economic warfare grants players several bonuses. Owning all the shares from another company unlocks additional buffs and reaching industry dominance will grant a special reward. A new public building is also available as a reward for entering the stock market: the trading floor.

On top of the Economic Warfare, the Big Five update brings new features to Anno 2205: the sector effects. The Calamities, like the Hacker Attack or the Climate Warfare, are temporary and can be removed by solving a counter measure quest, while the Sector Traits affect regions permanently in a positive or negative way. The buildings quick view now also includes industry types and more improvements, in order to help player craft their strategy to aim for industry dominance, and new ornaments are available for the metropolis.

Anno 2205 is in development at Blue Byte, a Ubisoft studio, and is available now.